'Made in Turkey' Xiaomi phones to go on sale in April 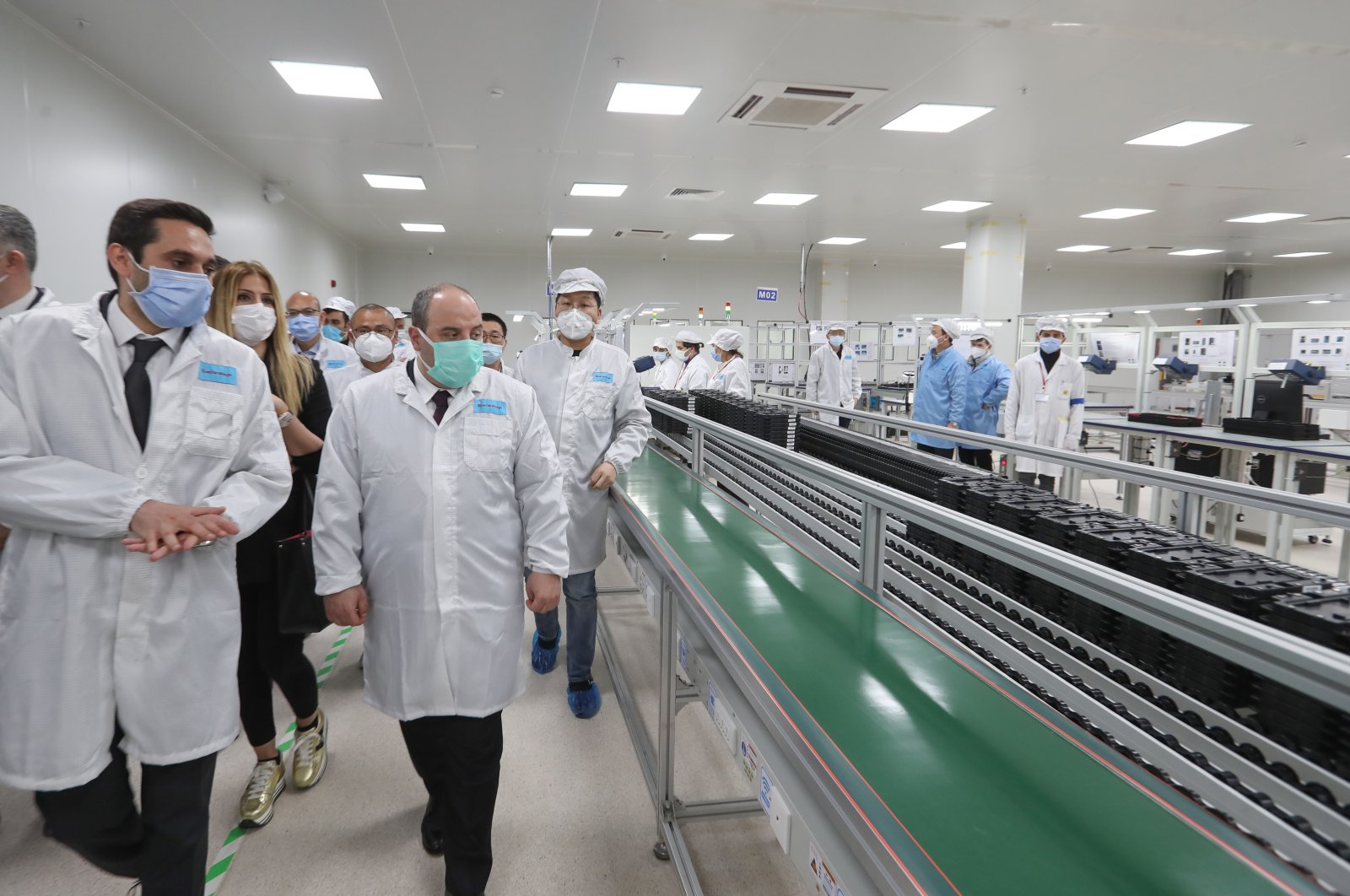 Chinese electronics giant Xiaomi's smartphones produced in its manufacturing unit based in Turkey will be on the market starting next month, Industry and Technology Minister Mustafa Varank said Thursday.

Varank made the remarks during a visit to the Xiaomi facility in Istanbul, where the testing of smartphones is currently underway, according to a statement.

He said the annual production capacity of the unit will eventually reach 5 million phones, and it will employ nearly 2,000 people.

"We advise all global brands to do business with local suppliers, try to include local suppliers in your own supply chains and target exports from Turkey," Varank said.

According to the minister, Turkey will continue to offer incentives and all possible means of support to attract global technology firms.

He said many firms are looking to invest in Turkey in the field of research and development, and these projects will "hopefully soon be realized."

"Such investments will also contribute to the training of our local engineers and technicians through the transfer of knowledge," Varank added.

Commenting on Xiaomi’s strategy to send production abroad, Varank said that the company carries out production through partners and the Finnish company Salcomp had been selected as Turkey's production partner.

Pointing out that Salcomp is a very important global brand that manufactures in the field of technology all over the world, Varank said that the current Xiaomi factory is an old factory established in 1975.

"The company modernized the factory after buying it and has created a 'clean room' of approximately 7,500 square meters (80,729 square feet),” he said.

Varank said global firms are expected to come to Turkey for CKD production from now on and not just for carrying out the assembly of the parts.

Turkey is an important market where over 10 million phones are sold, Varank said, noting that it is important for global brands to exist in this market and sell their made-in-Turkey products to the world.

Most recently, a Xiaomi Turkey official said that although the prioritized target is to produce smartphones in Turkey, the company may consider expanding the product range.

Irfan Öztürk, Xiaomi Turkey's vice manager, said they will initially focus on smartphone production while also working on other products and carrying out feasibility works.

“We are particularly working on opportunities to produce televisions,” he told Bloomberght.com.

“We can start production if we find an opportunity to present Xiaomi televisions to customers at fair prices,” Öztürk said.