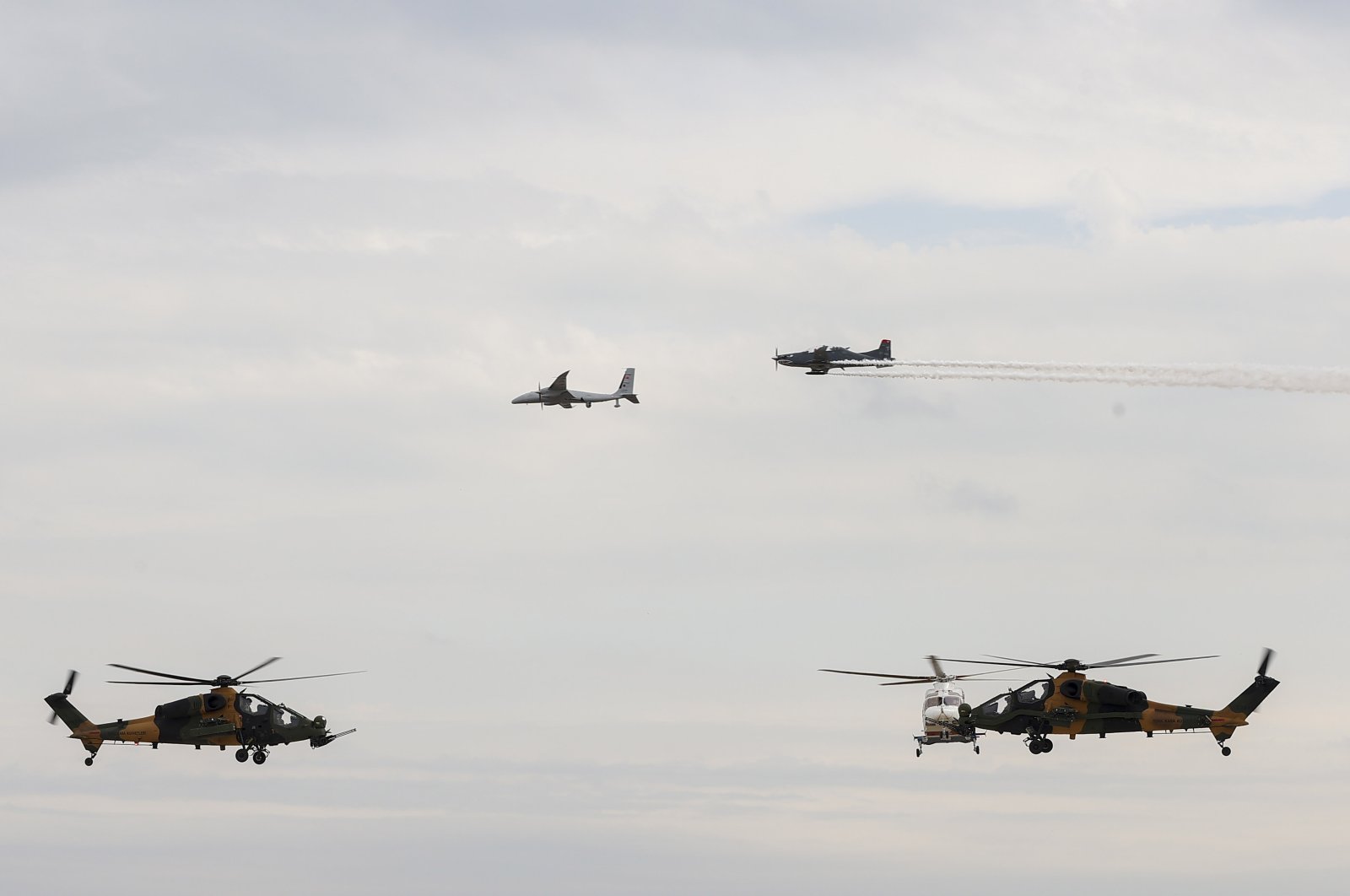 Enthusiasts at Turkey’s largest technology and aviation event witnessed what is said to be a first; the country’s homegrown drones, helicopters and training aircraft all taking to the air for a dazzling coordinated performance.

The T129 Tactical Reconnaissance and Attack Helicopter (ATAK) and the nation’s first homegrown multifunctional helicopter Gökbey were accompanied by the Akıncı and Bayraktar TB2 landmark unmanned aerial vehicles (UAVs) and the Hürküş training aircraft as they soared over the Atatürk Airport in Istanbul.

“UAVs and aircraft staged an air show together. It is the first such demonstration in the world as far as we know,” said Selçuk Bayraktar, the chair of the event's organizer, the Turkish Technology Team Foundation (T3 Foundation).

These vehicles were designed domestically and uniquely, including their electronic parts, software, mechanical parts and aerodynamic profile, Bayraktar stressed.

One of the biggest aviation events in the world, Teknofest kicked off Tuesday, drawing thousands of aerospace and technology enthusiasts to Atatürk Airport.

The six-day event is hosting a range of activities, from air shows with warplanes, UAVs and helicopters, to seminars, summits, competitions and fairs.

Noting that the event holds competitions in several different areas, such as UAVs, jet engines and smart cities, Bayraktar said there was a team that competed at the event in years past which went on to develop its technology and then hit $1 million (TL 8.65 million) in annual revenues.

Highlighting how the event broke a record by hosting 1.7 million visitors in 2019, he said this year’s festival also saw massive interest and attendance.

In 2020, the event was held virtually due to the pandemic. Bayraktar also said Teknofest offers a better experience for visitors this year.

The 2021 edition has seen some technology competitions take place prior to the main event. The festival features dozens of competitions in categories such as smart transportation, helicopter design, biotechnology, robotics, flying cars, rockets and unmanned underwater systems.

Over 200,000 students in 45 teams applied for this year’s competitions, increasing from the previous three years.

Around 100,000 visitors will be allowed in an area of 450,000 square meters at the same time due to pandemic-related measures.