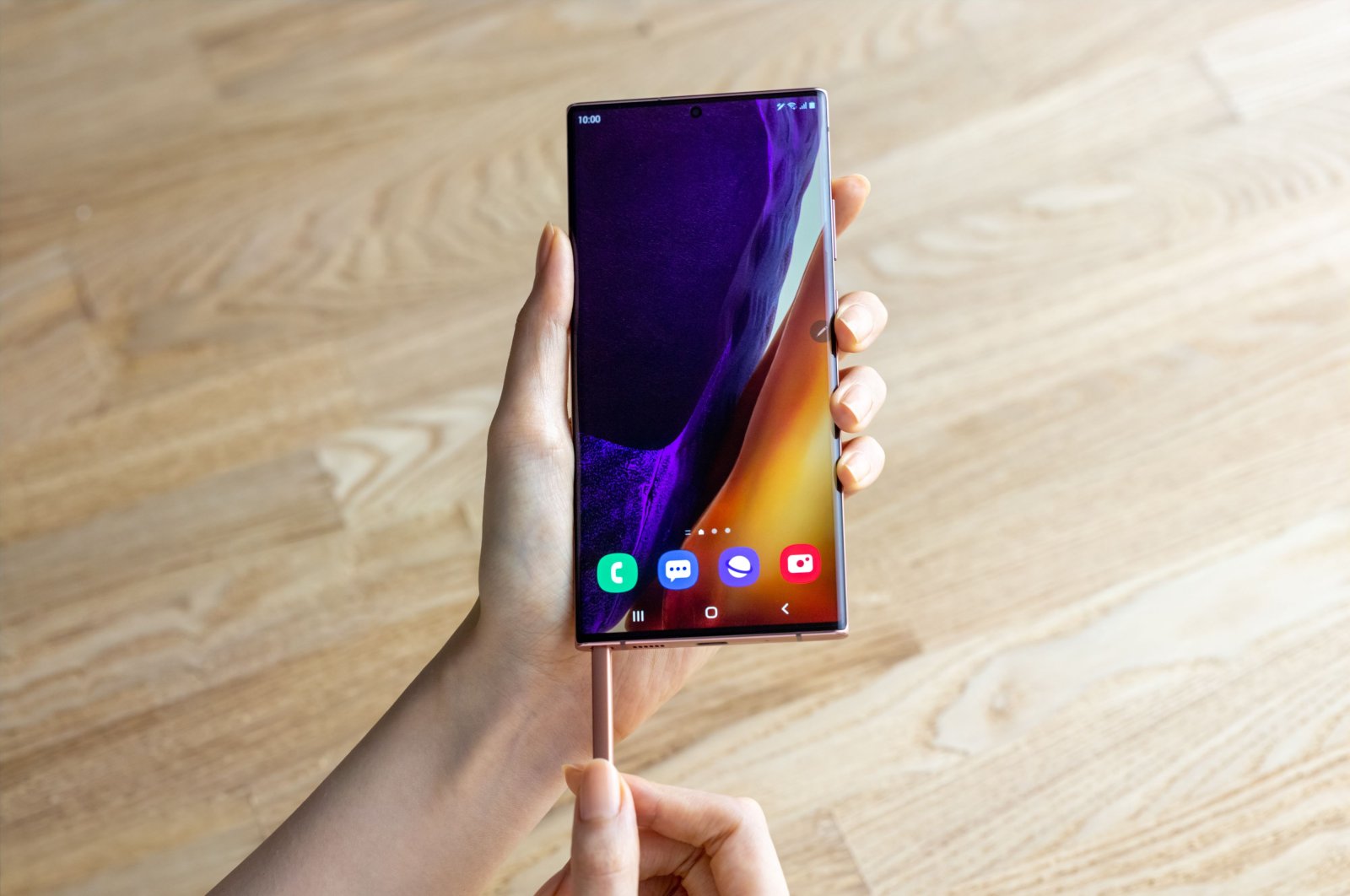 Samsung Electronics Co Ltd unveiled its latest Galaxy Note smartphone and new version of its foldable phone, the Z Fold 2, on Wednesday, hoping to regain ground against rivals Huawei and Apple Inc as the smartphone market begins to recover from its COVID-19 slump.

Samsung launched its previous premium model, the S20, in February at the start of the pandemic but since then has ceded its top ranking in the smartphone market to China's Huawei, as people opt for cheaper models in tough times.

The Z Fold 2 has a 6.2-inch (15.75 centimeters) screen when folded to provide a full smartphone experience even when it is closed, Samsung announced during a livestreamed event. Its unfolded display measures 7.6 inches (19.3 centimeters).

The new iteration is thinner than the first Fold, and the hinge is improved to be more resilient, Samsung said.

Samsung did not disclose the phone's price but said more details and preorders will be available on Sept. 1.

The new Note 20 boasts a larger screen at 6.7 inches (17 cm), 5G connectivity, enhanced writing features with its S-Pen stylus, and access to more than 100 console and PC games via a tie-up with Microsoft Corp's Xbox cloud service.

It will go on sale on Aug. 21 in about 70 countries, including the United States, where the basic version will retail for $999, compared with its predecessor's $949.

"It is an uncertain time to launch a new premium device given the challenging competitive and economic environments," said Paolo Pescatore, an analyst at PP Foresight Tech, adding that the "eye-watering price" could deter some buyers.

Apple fans are unlikely to jump ship to the new Samsung model as the 5G iPhone is likely to be launched later this year, analysts say.

Samsung posted a 29% on-year drop in shipments in the June quarter, the biggest fall among top vendors, according to researcher IDC. Apple, which launched the budget-friendly SE during the period, remained resilient with 11% on-year shipment growth, while Huawei posted only a 5% fall.

The global smartphone market shrank about 16% on-year in the April-June quarter due to COVID-19 lockdowns and consumer caution, a larger contraction than in the first quarter, and is expected to improve only slightly in the second half, IDC said.

"Before the COVID-19 existed, Samsung’s flagship launch usually had a big splash. (...) Even if things are recovering, the splash is not going to be as big as it was before," said Nabila Popal, research director at data provider IDC.