Technology should be used for peace, welfare: Baykar CTO 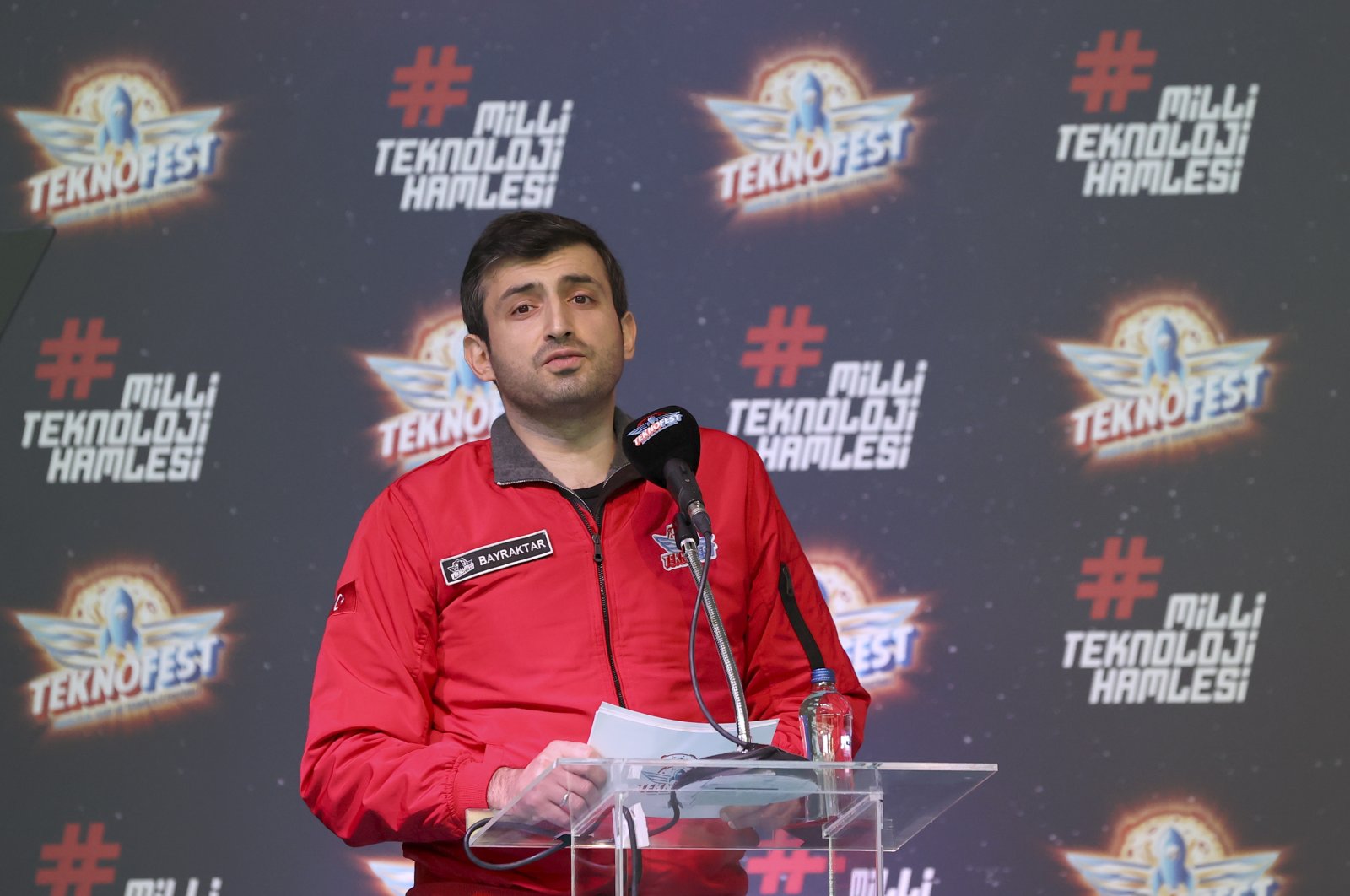 Technological developments should be used for the good of humanity, contributing to peace and overall welfare, Selçuk Bayraktar, the chairperson of the Turkish Technology Team Foundation and the chief technology officer (CTO) of the drone magnate Baykar, said Wednesday.

Social media platforms designed to bring people together have turned into uncontrollable forces under a few monopolized companies, Bayraktar said at the launch of Turkey's largest aerospace and technology event – Teknofest.

The event will take place from Sept. 21-26 in Istanbul's now-closed Atatürk Airport.

Bayraktar stressed that these companies want a single search engine, a sole social media platform and just one e-commerce website.

"If we stay away from producing technology by watching this situation, we will give our sovereignty to the companies," he underlined.

Mentioning the country's National Technology Move, he said Turkey will soon attain independence in several areas thanks to the initiative.

Touching on the Teknofest event, he shared that the number of competitions and competitors has been increasing by the year.

Normally around 50,000 young people apply for the competitions, but last year the figure rose to 100,000 from 84 countries, he noted.

He said that this year the number of applicants will surpass last year's figure.

The event will consist of competitions in 35 fields, including transportation, drones, satellites, robots, agriculture, biotechnology, artificial intelligence (AI) and flying cars, all with prizes.

The competition will accept candidates' applications until the end of February.

The festival will also host a number of other activities, including seminars, exhibitions, summits and air shows.

Mehmet Fatih Kacır, the deputy industry and technology minister, said Istanbul will host the event, but competitions will be organized in several other provinces.

Speaking about this year's competitions, he said a number of new competitions will be added to the event for the first time, including those in health and war technologies.

Events like Teknofest are important in developing Turkey's ability to produce its own technologies, Demir stressed.

In September of last year, the third edition of the major technology event was held in Turkey's southeastern Gaziantep province.

The event did not accept visitors and was broadcast live via social media platforms due to the COVID-19 pandemic.

In 2019, the second edition of the event welcomed 1.72 million visitors in Istanbul.

Teknofest is held in the Turkish metropolitan city of Istanbul in odd years and rotates to others in even years.