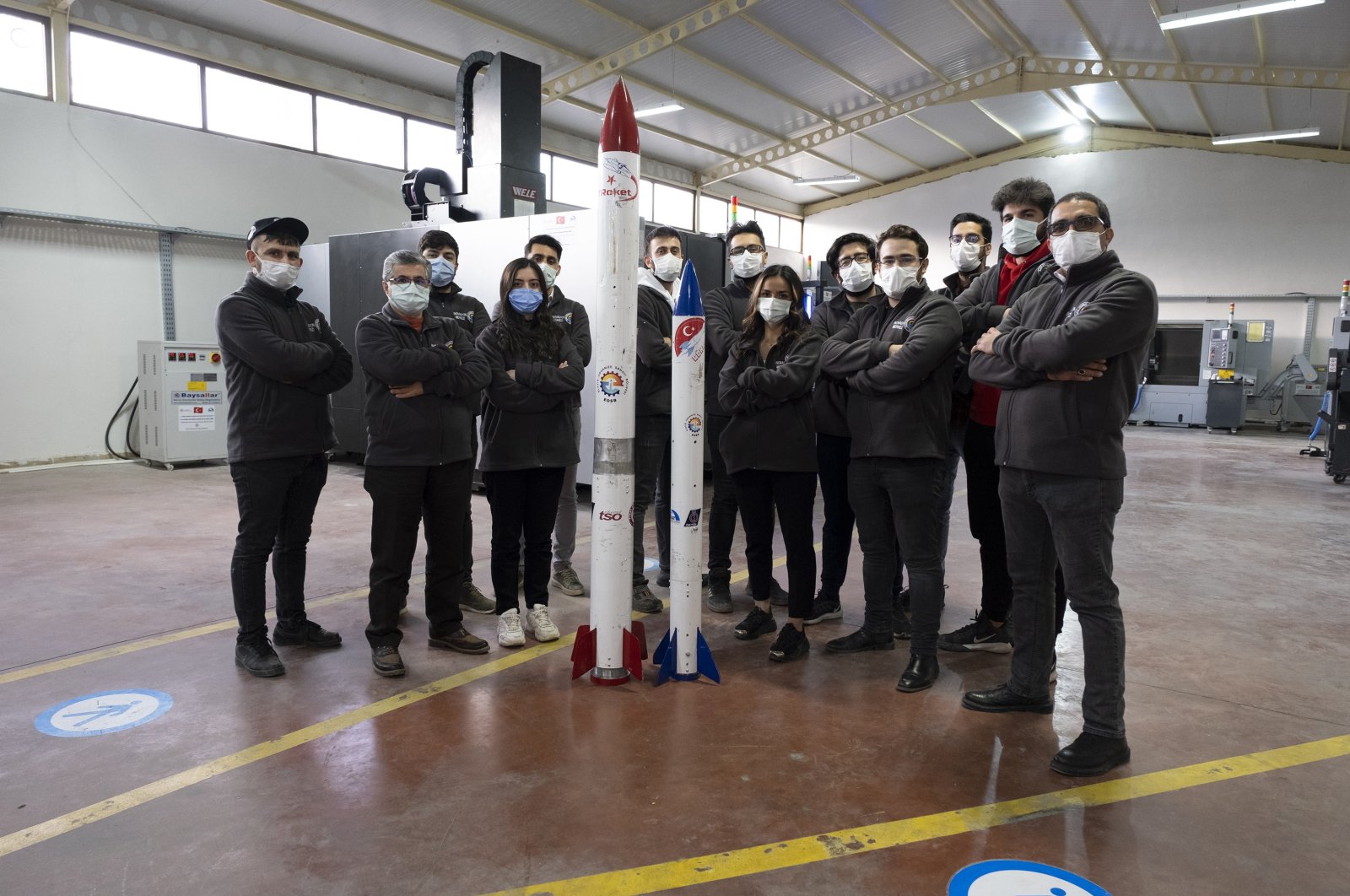 A Teknofest team with their designed and developed 'Gökruh' rocket seen in the Industry and Technology Minister's innovation center for youth in Elazığ, eastern Turkey, Feb. 26, 2021. (DHA Photo)
by Anadolu Agency Mar 16, 2021 2:19 pm

Selçuk Bayraktar, the chairperson of the Turkish Technology Team Foundation, the event's organizer, said in a tweet that twice as many applications had been received this year.

Last year, 16,034 applications were received, with the figure doubling to 39,684 this year, Teknofest said in the tweet.

The event will be held Sept. 21-26 in Istanbul's Atatürk Airport.

Prizes will be given in 35 categories, including transportation, drones, satellites, robots, agriculture, biotechnology, artificial intelligence (AI), and flying cars.

The festival will also host a number of activities, including seminars, exhibitions, summits, and air shows.

Last year, the third edition of the major technology event was held in Turkey's southeastern Gaziantep province in September.

The event did not accept visitors and was broadcast live through social media platforms due to the COVID-19 pandemic.

In 2019, the second edition of the event welcomed 1.72 million visitors in Istanbul.

Teknofest is held in Istanbul on odd years and in other cities on even years.