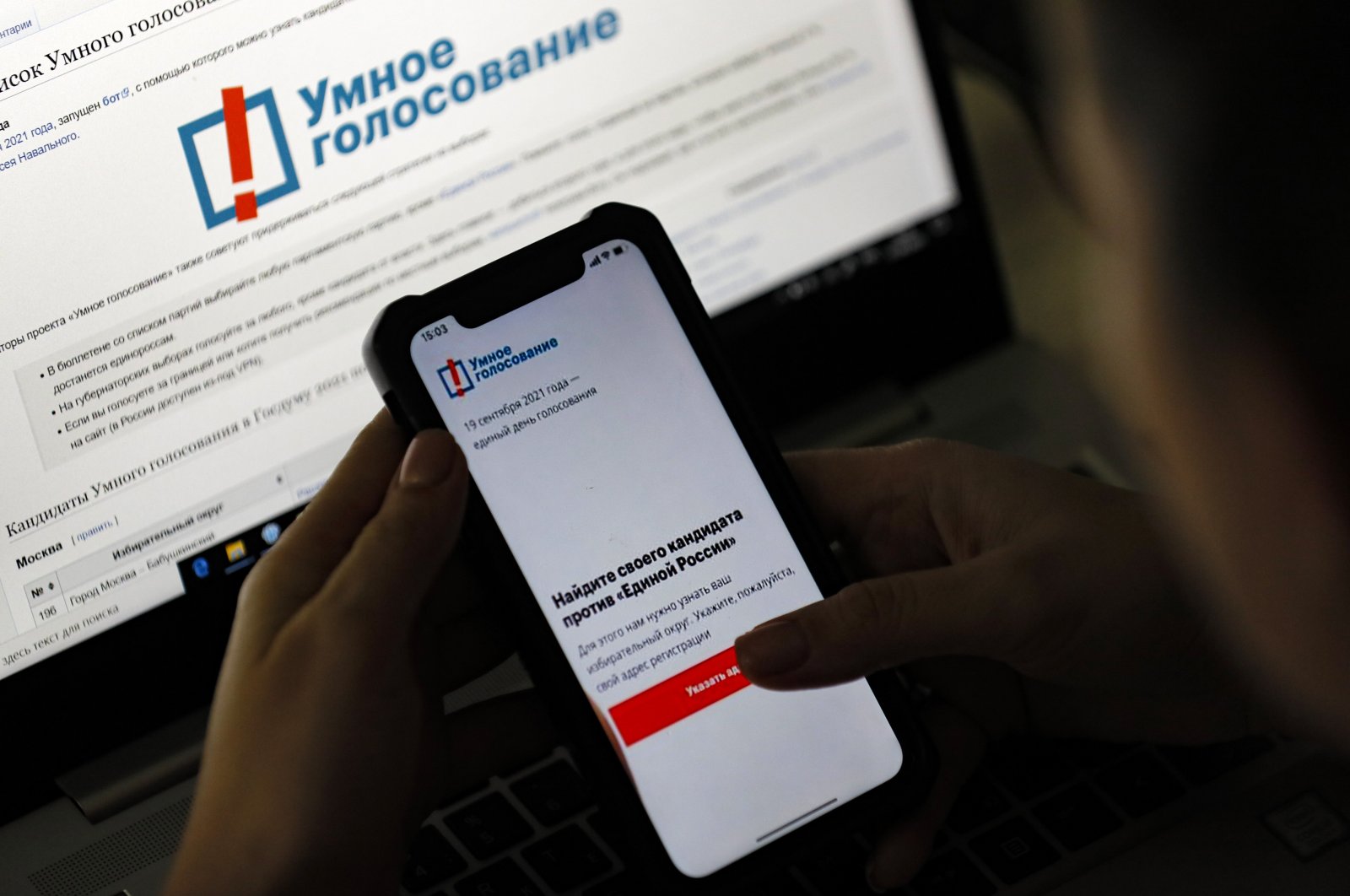 The Telegram messenger app blocked the "Smart Voting" bot of jailed Kremlin critic Alexei Navalny after Apple and Google did similarly Friday at the launch of the three-day parliamentary vote in Russia.

The bot, which instructed Navalny supporters which candidate they should back to unseat Kremlin-aligned politicians, was removed after Telegram announced it would "limit the functioning of bots associated with election campaigns."

Telegram's Russia-born founder Pavel Durov said he was following Apple and Google, which "dictate the rules of the game to developers like us."

In a post on his Telegram channel, he said the tech giants had "already this year" urged the encrypted messenger widely popular in Russia to remove information that violates the laws of individual countries or face exclusion from their app stores.

He said that removing election-related bots was related to Russia's ban on campaigning during voting.

"We consider this practice legitimate and urge Telegram users to respect it," Durov wrote late Friday.

But he added that "the blocking of applications by Apple and Google creates a dangerous precedent that will affect freedom of speech in Russia and around the world."

The election for seats in the lower house State Duma, which runs until Sunday, comes after a sweeping crackdown this year on President Vladimir Putin's opponents.

Navalny, who was detained in January and has seen his allies arrested or flee the country and his organizations banned, has nonetheless aimed to dent the Kremlin's grip on parliament from behind bars.

His allies on Friday accused Apple and Google of "censorship," while sources told Agence France-Presse (AFP) that the companies had faced public threats from the Russian government and private threats of serious criminal charges and incarceration of local staff.

After Telegram removed the "Smart Voting" bot, a Twitter account associated with Navalny posted links to Google Docs with recommended candidates, saying they were the last "remaining" tools.