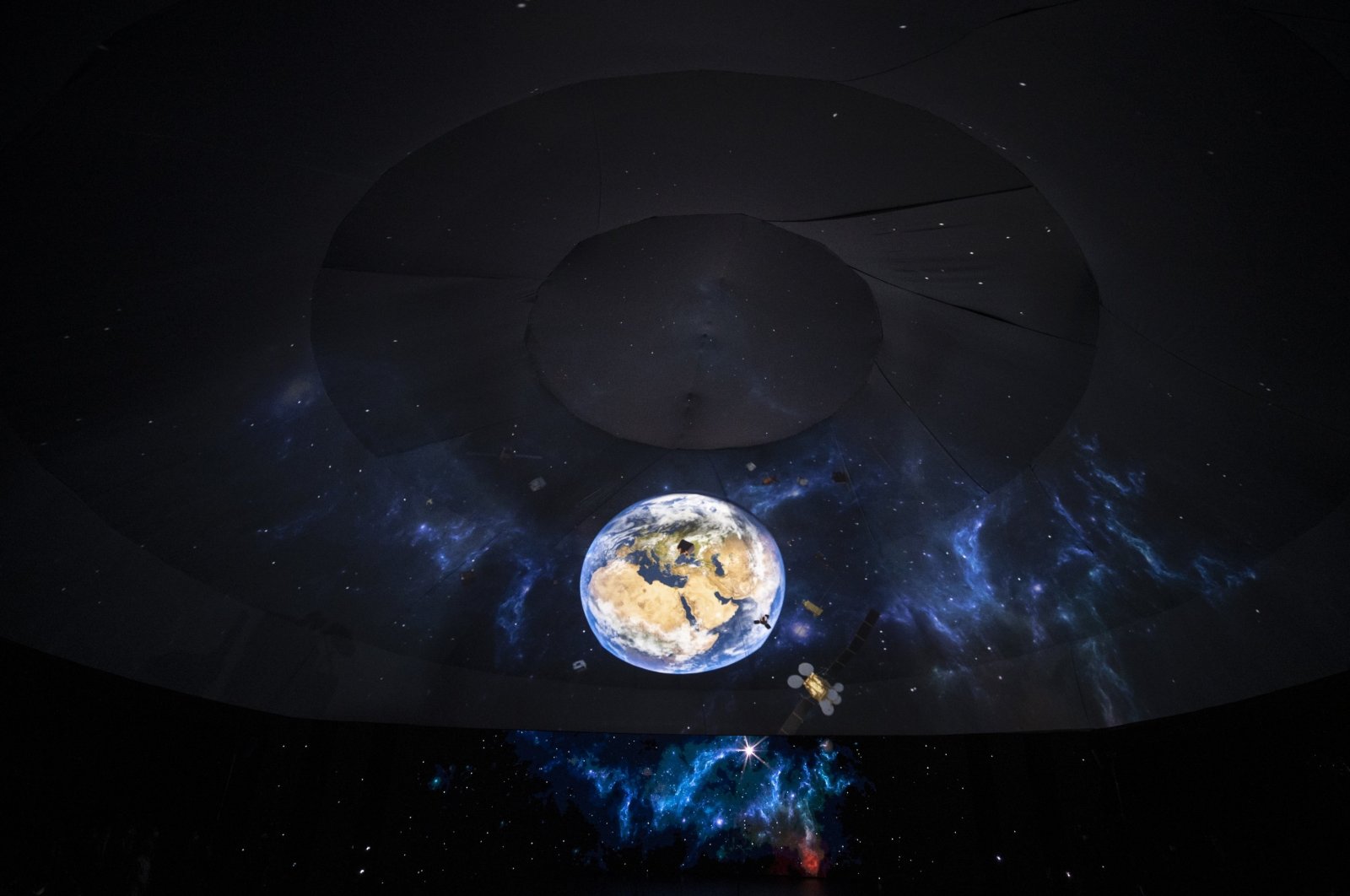 An illustration of space is seen during the inauguration ceremony of Turkey’s National Space Program in the capital Ankara, Turkey, Feb. 9, 2021. (AA Photo)
by DAILY SABAH
Apr 05, 2021 2:23 pm

In an interview with TASS, Serdar Hüseyin Yıldırım said, "We are building bilateral relations with countries and with international organizations that we have identified in accordance with our national goals. We keep working on common conditions of cooperation with different countries, including Russia.”

“We have plans for signing an agreement in the near future," he said.

As space exploration is a very complex and costly area that requires high technologies, “for this reason, international cooperation is very important in this field,” Yıldırım said.

“Our goal at the international level is to establish strong relations of partnership with regional partners and with our neighbors. As far as Russia is concerned, we have vast opportunities in many fields of cooperation. We believe that we will be able to make much faster progress if we manage to build firm relations of partnership based on mutually beneficial cooperation," he said.

On Feb. 9 this year, President Recep Tayyip Erdoğan unveiled the landmark space program of Turkey that draws a roadmap for the country’s space-related plans for the next ten years.

Noting that the program was prepared and will be carried out by the Turkish Space Agency (TUA), the President said Turkey is opening the door to the journey of space for the civilization that pioneered justice, morality and peace in the world for centuries.

Turkey established the TUA in 2018 to join the handful of other countries with space programs.

Recalling the announced program, Yıldırım said the program reflects Turkey’s main aims, which the country set in the sphere of space, and also the steps being taken for achieving them.

“We have ten main goals and many subtasks. We fully support and have faith in the implementation of the strategies for achieving the goals set," the chief of the space agency said.

Head of Russia's Federal Space Agency Roscosmos, Dmitriy Rogozin, said previously that Turkey has all the necessary political and economic leverage to carry out its National Space Program and that Moscow is ready and willing to evaluate all opportunities to participate in initiatives regarding the program.

Explaining that a draft document is being prepared to make the contacts between the countries more systematic and comprehensive, Rogozin told Anadolu Agency (AA) that it would be the legal framework for the cooperation of peaceful space activities between Ankara and Moscow.