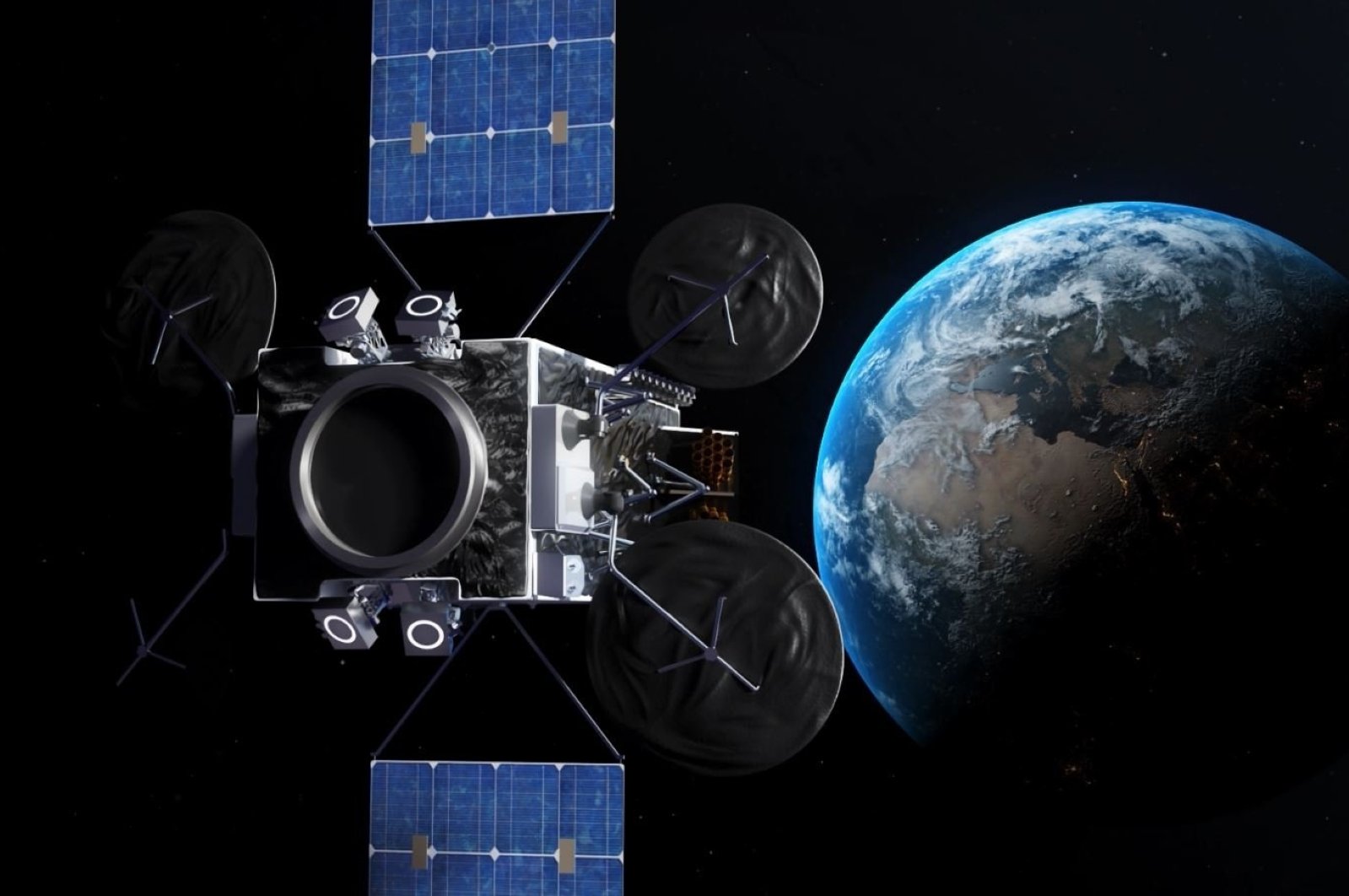 A screenshot taken from a video by Turkish Aerospace Industries (TAI) on the communication satellite technologies developed by the company, Feb. 12, 2021. (DHA Photo)
by DAILY SABAH WITH AA Aug 20, 2021 9:04 am
Edited By Ayşe Betül Bal
RECOMMENDED

Turkey inked its first satellite export deal with an Argentinian company on Thursday at the International Defense Industries Fair (IDEF) held in Istanbul.

As part of the agreement, a satellite – named ARSAT-SG1 – for meeting Argentina's state-owned GSM operator Arsat's requirements will be produced and is planned to be delivered in 2024. The new-generation satellite is set to serve in the Ground Synchronous Orbit and will be used for civilian data transfer. It has a fully electric propulsion system and an output capacity exceeding 50 Gbps in Ka-Band.

Ismail Demir, the chairperson of Turkey's Presidency of Defense Industries (SSB), said TAI, INVAP and GSATCOM's project will meet the needs of South America in the coming years.

The satellite project, with 15-year orbit life, will create new opportunities for both countries and companies and will open new horizons for Turkey in space and satellite industries, Demir underlined.

Vicente Campeinni, the representative of INVAP, for his part, said the agreement is not only about developing a satellite but providing the first commercial satellite that will be built by the two countries.

The satellite project tailored for the South American country was first announced at the beginning of this year.