Turkey to have 10,000 specialists for space program in 10 years 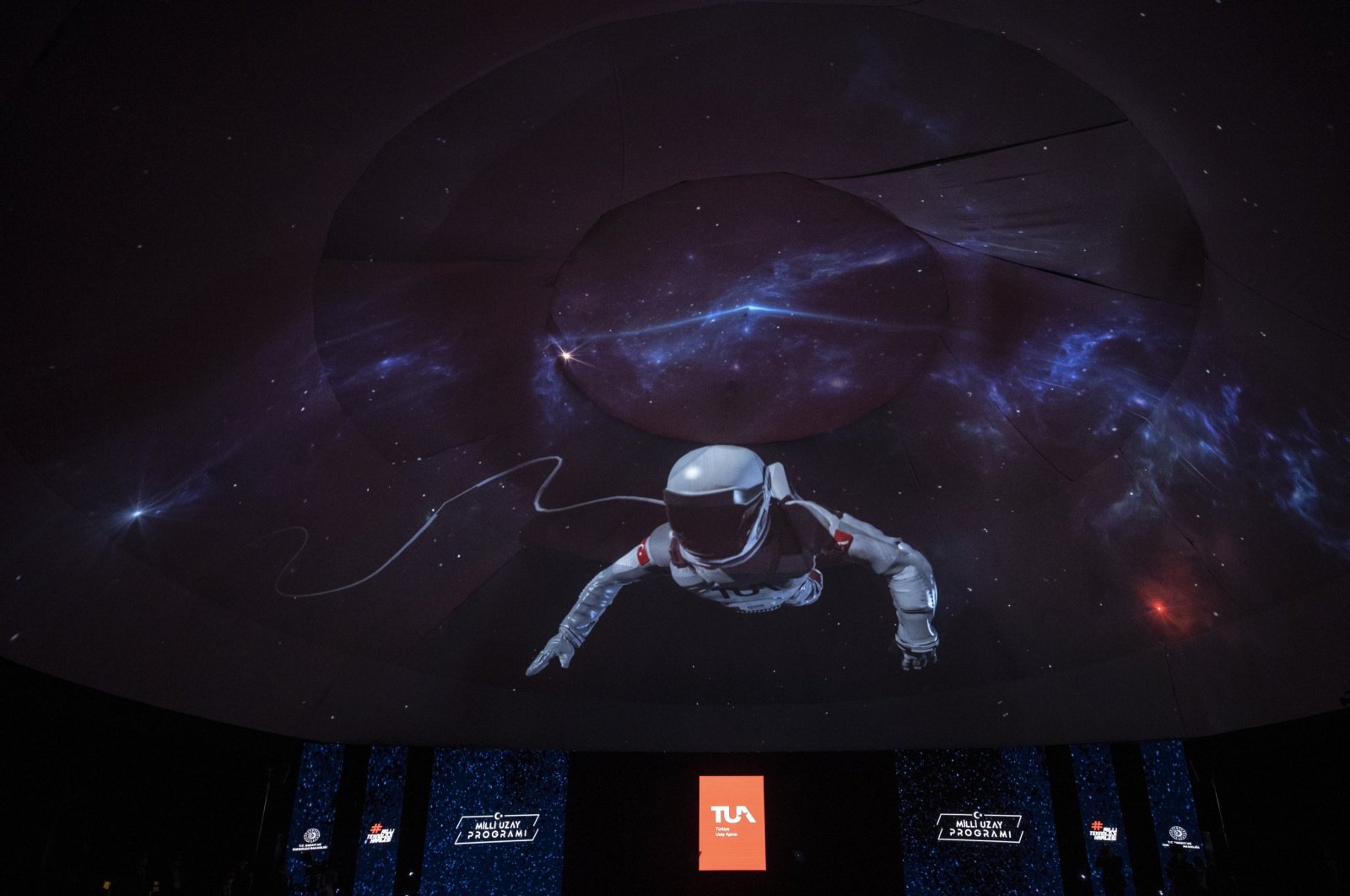 Raising a qualified workforce is vital in helping achieve the National Space Program's objectives and Turkey aims to have at least 10,000 specialists in the next 10 years, the head of the Turkey Space Agency (TUA) said Sunday.

Hüseyin Yıldırım told Anadolu Agency (AA) that many countries have reached out hoping to carry out joint projects, but there is a real lack of qualified personnel. He stressed that the country hopes to benefit from its scientists abroad as well.

Commenting on the agency’s budget, he said, the state allocated TL 38 million ($5.46 million), but with the additional funds provided by several other institutions within the country, the total reaches approximately $50 million annually.

“Projects will have separate budgets apart from the agency’s budget. We are talking about a 10-year program, not a budget to be allocated at once. It will be paid gradually on certain calendars,” he said.

Yıldırım said the Delta V company has been working on the construction of the national hybrid rocket set to launch as part of the country's “reaching the Moon” mission, which is the first target of the National Space Program announced by President Recep Tayyip Erdoğan.

Erdoğan announced Turkey's plans to land on the moon by 2023 in a news conference earlier this month during the inauguration ceremony of the country's National Space Program.

"Our first goal is to land on the moon by 2023, the 100th anniversary of the Republic of Turkey. I believe Turkish engineers will manage to carry out this mission," he said.

Saying that Turkey would not experience difficulty in the construction of the spacecraft thanks to its satellite capacities, Yıldırım said, some measurements will be made and photographs will be taken during the journey to the moon and landing and that scientists have been consulted on what should be brought on the spacecraft.

The spacecraft is predicted to weigh about 2 tons, Yıldırım said, explaining that since it is an unmanned craft it will not return from the Moon.

“There is no manned flight in our first 10-year space program with our own means, our own vehicle, our own engine and technology,” he said, given that Turkey is taking cautious first steps into the field and does not want to risk sending a person to space without the necessary technology and experience possessed by only a few countries currently.

Explaining that the spacecraft will land hitting the Moon horizontally in the form of "softly hitting, hard landing" in 2023, Yıldırım emphasized that their goal is to successfully carry out the project step by step, gaining experience. Throughout 2023, we will test many steps for the first time, he added.

Yıldırım further explained that the ground stations in Turkey are designed to control satellites in nearby orbits and that: "We need a larger diameter antenna. We will establish a 13-meter diameter antenna from scratch, and we use it for communication.”

Referring to the goal of sending Turkish citizens to space, Yıldırım said: "Our goal is to send a Turkish scientist to the International Space Station, which is around 400 kilometers around the world and serves as a science center."

"We also need such experiments. A large number of scientists will apply to us about the experiments to be done there. We will choose among them. Our astronaut will stay at the International Space Station for 10 days. " he said.

Turkish scientists need to be trained to reach space and conduct scientific missions, Yıldırım said, adding that whichever country Turkey comes to an agreement with will provide training for the national scientists.

“We will make a pre-selection beforehand, and we will provide training for two or three people with a backup among the candidates who meet certain criteria. We will send our most successful candidate to the International Space Station. Negotiations are made with Russia and the U.S. on this issue. We expect the selection process to be completed in three to six months,” he said.

Expressing that the National Space Program's goal of having "access to space and operating a spaceport" should be understood correctly, Yıldırım emphasized that this is both a technological and a commercial goal.

A rocket to space, in theory, could be launched from Turkey, but due to its geographical location there are certain restrictions, he said, and that developing a commercial launch system in Turkey and a spaceport would not be compatible worldwide.

Underlining that the launch site should be on or very close to the equator for competition, Yıldırım said that in this way, both the rotation speed and direction of the world can be harnessed, making it possible to enter space at the least cost while allowing the opportunity to launch from all angles.

The negotiations in regard to the places that meet the necessary criteria are ongoing, Yıldırım said, adding: "There is an interest in more than one country. We have included in our program to operate the spaceport for commercial purposes, and coming together with more than one country if necessary, through joint international cooperation is also among the options.”

Meanwhile, according to a Middle East Eye (MEE) report published recently, Turkey could establish a spaceport in Somalia with a $350 million investment as part of its nascent space program that will cost upward of $1 billion.

Private sector to be included

Underlining that the support of the private sector is very important in achieving the space goals, Yıldırım said that he visited both clusters and companies to broach the issue and that they are in close relations.

Yıldırım stated that many companies from the private sector would be interested in space projects and be willing to shoulder the responsibility.

"We will also provide financial, technology and information support. We will ensure that they take part in these projects,” he said.