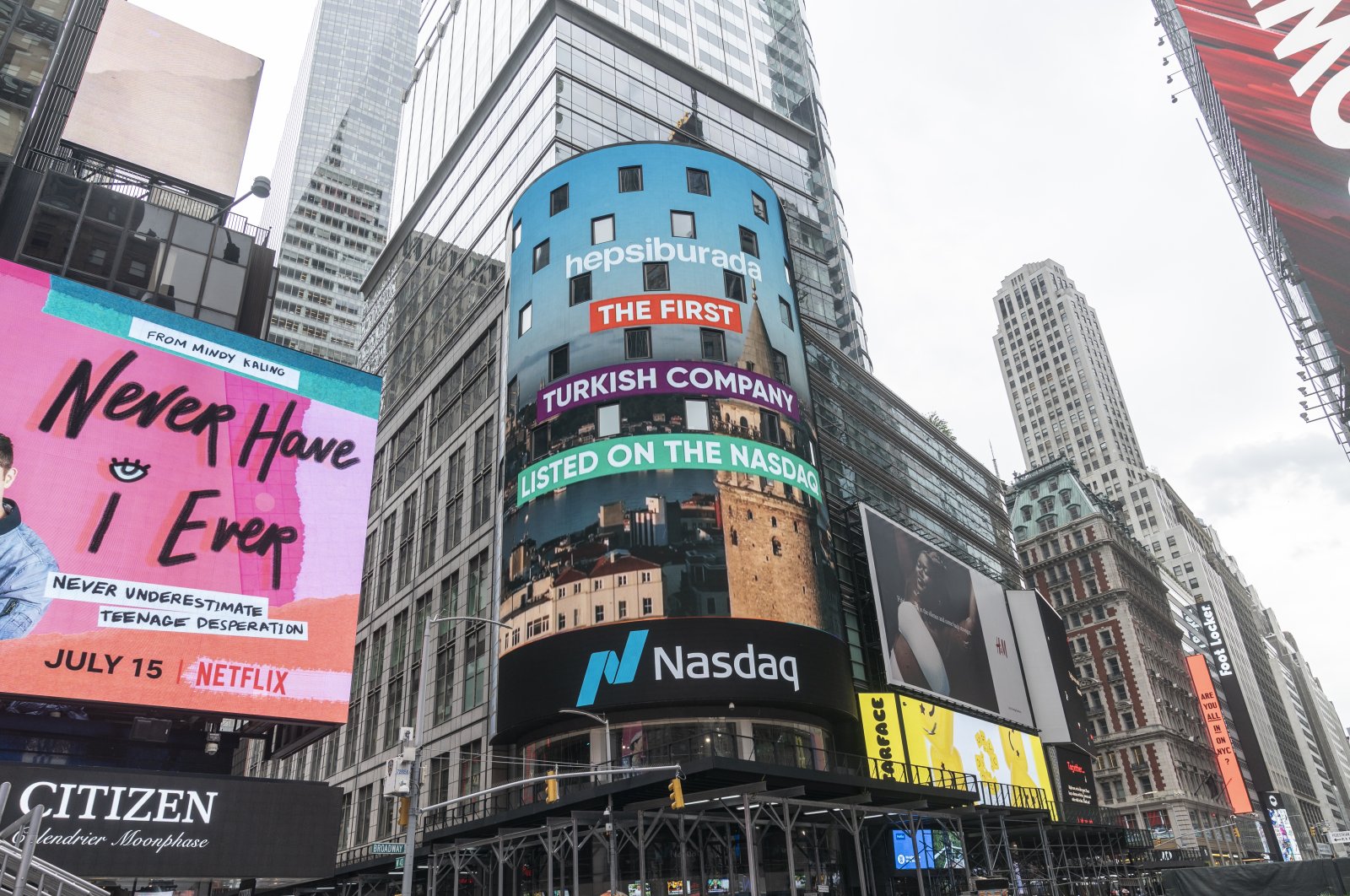 An ad of Hepsiburada is pictured on the display outside the Nasdaq Market Site in Times Square on the day of the company's IPO in New York, U.S., July 1, 2021. (AA Photo)
by DAILY SABAH WITH AGENCIES Jul 02, 2021 12:57 pm
RECOMMENDED

Hepsiburada’s American Depositary Shares (ADS) opened at $12.75 and closed the day at $13.43, above their initial public offering (IPO) price of $12 per ADS.

The first Turkish company listed on the Nasdaq exchange, Hepsiburada sold 56.7 million ADS earlier in the day to raise more than $680 million, with existing shareholders putting up a little over 15 million of the shares on offer.

Founded in 2000, the company operates online platforms on which consumers can order items ranging from groceries and essentials to airline tickets.

The company launched its marketplace in 2015 and has an in-house logistics network that delivers 64% of the orders the very next day.

With 9 million active customers, Hepsiburada’s revenue and gross merchandise value, which refers to the total value of products sold, more than doubled in 2020 compared with a year earlier, a regulatory filing showed.

It more than doubled revenue as COVID-19 measures and stay-at-home orders led to a surge in online shopping.

“Turkish e-commerce is at an inflection point and we have ambitious plans to continue leading digitalization of commerce. Our story resonated with international investors,” Hepsiburada’s founder and chairperson Hanzade Doğan Boyner said in an interview.

The company plans to use the proceeds to invest in logistic infrastructure as well as expand in new initiatives including grocery delivery and digital payment services.

Hepsiburada enters the U.S. stock market in one of 2021’s busiest weeks for market debuts.