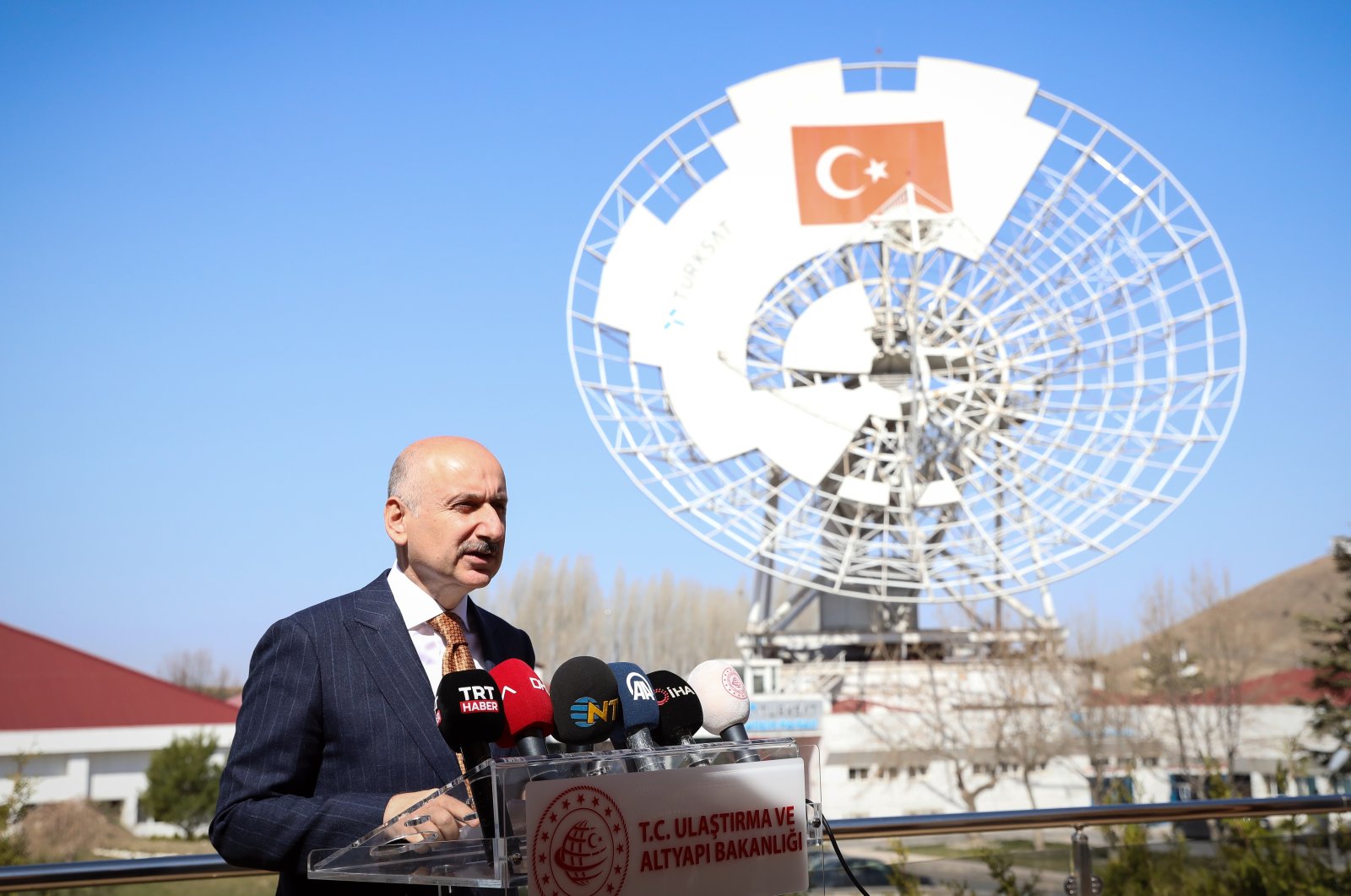 Transport and Infrastructure Minister Adil Karaismailoğlu speaks at a press conference in the Türksat facility in Gölbaşı district, in the capital Ankara, Turkey, April 7, 2021. (AA Photo)
by DAILY SABAH May 04, 2021 1:49 pm
RECOMMENDED

Turkey’s Türksat 5A communication satellite launched in January reached a 31 degrees east orbit as of Monday, and now testing is set to continue for a month, Transport and Infrastructure Minister Adil Karaismailoğlu said.

The minister told Anadolu Agency (AA) that the satellite, once the testing process is over, will begin to serve the world after June.

When the communication satellite is put into service, it will cover Turkey and Europe, the Middle East, North Africa and South Africa, as well as the Mediterranean, Aegean and the Black Sea regions, Karaismailoğlu said.

He commented that the production, integration, testing and launching processes of new and domestic communication satellites are conducted together these days, while Turkey is increasing its speed in space studies as well as in satellite technologies.

Turkey is progressing toward becoming an international player in the field of satellite and space studies, Karaismailoğlu stated, adding that they constantly update their strategic communication systems in terms of broadcasting and internet access services and offer innovations to citizens and simultaneously to the world.

Karaismailoğlu stated that they want to be a leader in the region and gain a high brand value in the world with television and radio broadcasting via satellites, internet access and other value-added satellite services.

He stressed that the power and efficiency of the country in space with satellite communication just as much important as its land, air, railway and marine transportation.

Noting that Türksat 5B will serve in the 42 degrees east orbit, Karaismailoğlu stated that one of the leading features of this particular satellite is that it is set to increase Türksat's existing Ka-band data communication capacity fifteenfold.

Karaismailoğlu, who pointed out that Türksat 5B will provide advanced data communication services to land, air and sea vehicles and will focus on the commercial ship and air transportation market, emphasized that the satellite will cover the entire Middle East, the Persian Gulf, the Red Sea, the Mediterranean, North and East Africa, South Africa along with the neighboring countries.

The minister also added that the production and integration processes of the Türksat 6A communication satellite, which is being developed and produced with national means, are ongoing and it is planned to be launched into space in 2022.