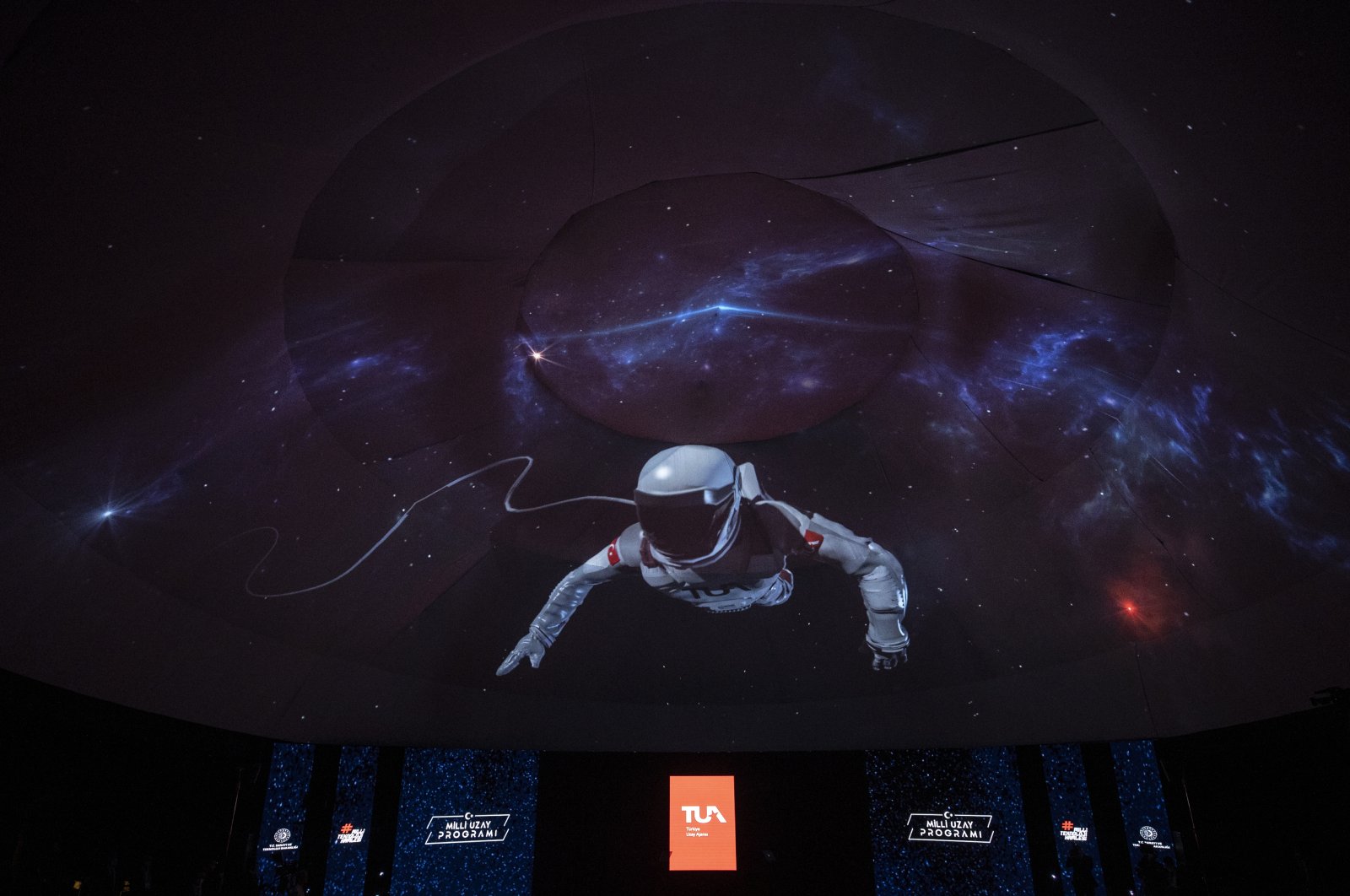 After the announcement by President Recep Tayyip Erdoğan of Turkey’s plans to send a Turkish citizen to space during the inauguration ceremony of the National Space Program, a question, or rather a creative survey has emerged on what to call Turkey’s space travelers as an alternative to astronaut or its less common version, the cosmonaut.

The president shared an infographic via his Twitter account, inviting citizens to "jointly decide" on what to call the first Turkish national to travel to space.

The image was also pinned on the space agency’s official Twitter account, reading: “To carry out scientific studies in space, we will select a suitable and a qualified person from among the volunteers, who are distinguished in the field, and we will provide the person with the necessary training and send then send to space.”

Sending a Turkish citizen to space is among the 10 ambitious goals revealed by Erdoğan, the first of which is to land on the moon by 2023. Various suggestions were made after the call, coming from social media users to politicians.

A social media user, sharing a Twitter statement, suggested they could be called "Semanot" or "Göknot" both created with the words meaning "sky," one with an Arabic origin and the latter from Turkish, meaning "sky sailor."

Another user wrote Turkish space travelers could be called "Gökoğul," which combines the Turkish word sky and "oğul" that means "son" in Turkish today, but was a gender-neutral term used for both daughters and sons in old Turkic writings. Other suggestions included Gökbey, Evrenot or Gökalp, all including the words universe or sky.

The word astronaut is commonly used around the world for the people who travel to space, while, many countries have come up with different names as an alternative to it. Among them, the most well-known is the Russian term "cosmonaut" that was initially used during the Soviet Union that differs the space travelers based on which country employed them for the mission.

Both, however, mean pretty much the same. The word astronaut gets the Astro from the Greek word Astron meaning star, celestial body or outer space making it star sailor. The cosmos part of the cosmonaut also originally derived from ancient Greek, meaning both universe and order.

There are several other usages, like France’s "spationaute," China’s "taikonaut" and India's "vyomanaut."

Devlet Bahçeli, Nationalist Movement Party (MHP) chairperson also suggested a word for the national space travelers. He said they could be called "Cacabey" after a Turkish statesperson and astronomer who lived and served during the Seljuks Empire.

Nurettin Cibril Bin Cacabey led the establishment of an observatory building in modern-day Kırşehir province in central Turkey, providing a facility to study the stars and astronomy. He taught several scientific subjects there as the building also served as a madrasa – Islamic educational complexes that were commonly built in areas inhabited by Seljuk Turks and Ottomans.