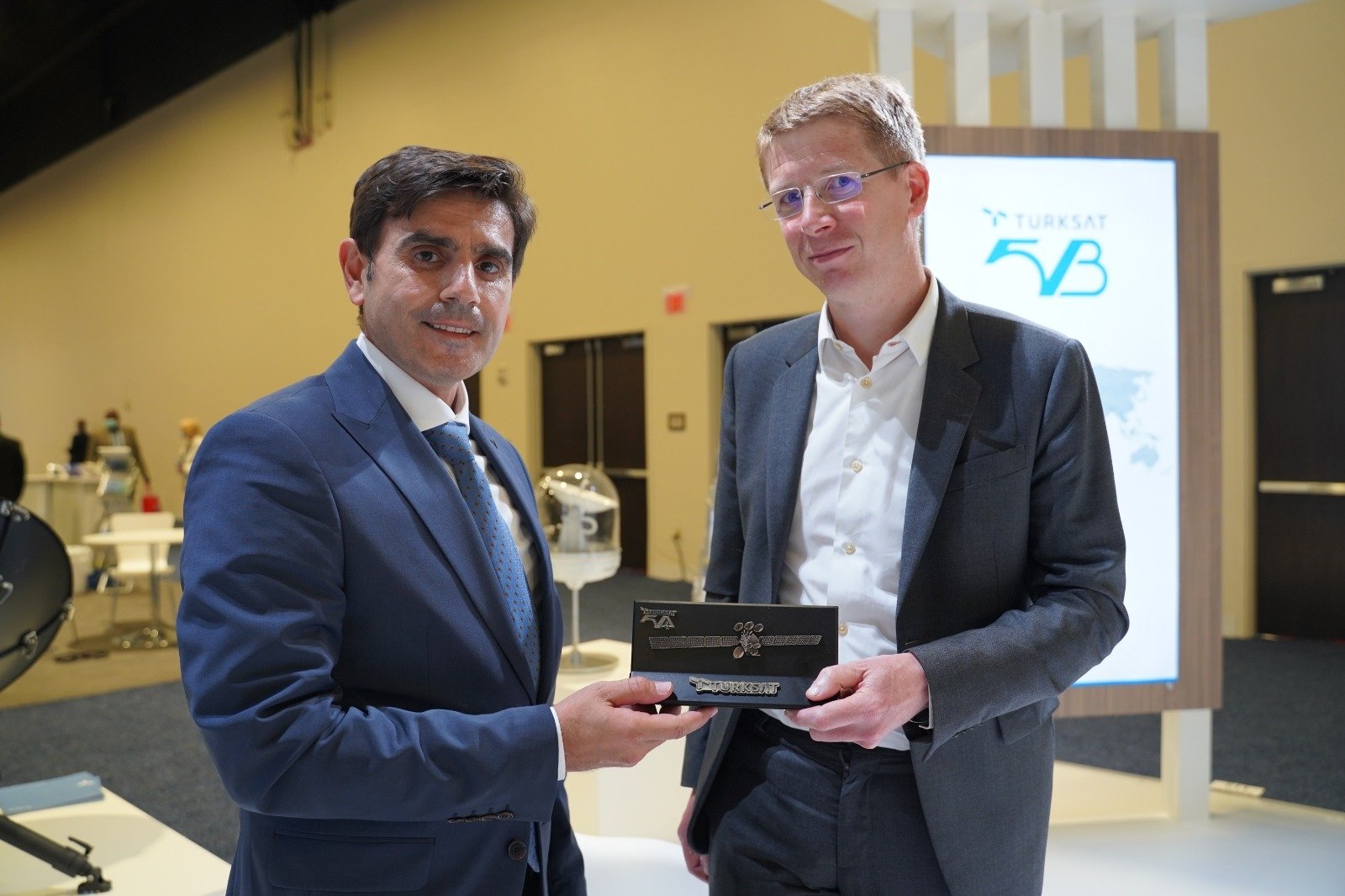 Turkey signed the first deal for its Türksat 5B communication satellite on Thursday, which is expected to be launched to space at the end of this year.

According to the agreement signed between Türksat Inc. and the U.K.-based Inmarsat, the Inmarsat GX services will be carried out through Türksat 5B.

Demirel, who spoke during the ceremony said that the deal will be a good step in global cooperation and will bring an opportunity for both companies to create mutual global capacity.

Dickinson, for his part, said that his company wants to further develop ties with Türksat, highlighting that the Turkish company’s capacity is very important for them to meet the needs of users in Turkey and in the region.

"This is a really important step for Inmarsat to expand its Global Xpress KA bandwidth. We worked collaboratively to find a good solution and we hope this relationship will last a long time," he said.

With the previously signed strategic cooperation agreement between companies, Inmarsat global services can be offered to customers by Türksat as Tier-1, and with this new cooperation, Inmarsat GX services will be provided by Türksat 5B satellites and infrastructure in Turkey.

Turkey has seven active satellites in space including the Türksat 5A that was recently sent to orbit.

Three of the satellites currently in space are used for communication, namely Türksat 3A, Türksat 4A and Türksat 4B, while the other three, Göktürk-1, Göktürk-2 and Rasat, are for observation.

Türksat 5B is to be launched into orbit in the last quarter of this year. The orbiter will be launched with a SpaceX Falcon 9 rocket.