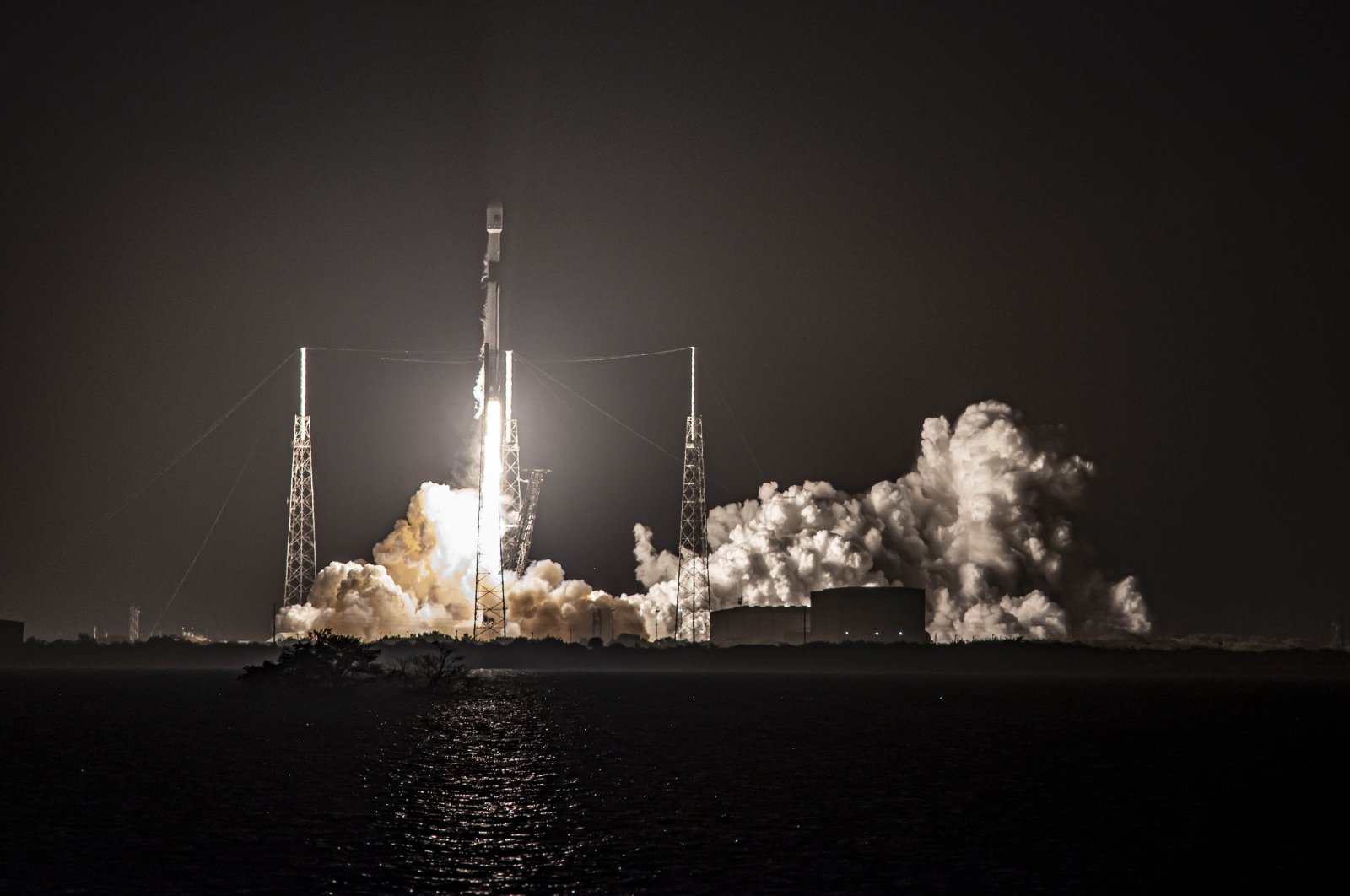 Türksat 5A will help secure Turkey's orbital rights and will serve for 35 years, President Recep Tayyip Erdoğan said Monday, as the fifth-generation communication satellite entered into service after it was launched into space in January.

“With Türksat 5A, which will have a maneuver and service life of 35 years, we increase our satellite communication capacity, back up our existing satellites and guarantee our orbital rights,” Erdoğan told a commissioning ceremony in the capital Ankara.

Equipped with the latest technology and increased capacity, the satellite was launched by a SpaceX Falcon 9 rocket from a launchpad in the U.S. state of Florida.

Resting in an unused Turkish orbital slot at 31 degrees east, Türksat 5A will offer broadcasting services to a wide geography that covers Europe, the Middle East and large regions of Africa as well as the Mediterranean, the Aegean and the Black Sea region, Erdoğan said.

“Türksat 5A, which has the capacity to provide quality services in the field of television broadcasting and data services, is a very important project in its field with the high added-value it will provide,” the president added.

Türksat 5A was built through the collaboration of Türksat, Turkish Aerospace Industries (TAI) and Airbus Defense and Space. It was delivered to Türksat officials on Oct. 2, 2020.

The satellite traveled over four months in space before it reached its orbital slot and underwent a monthlong test run.

“Our satellite will make a significant contribution to the development of the TV broadcasting sector, especially in the Middle East and North Africa region, defined as the MENA region,” Erdoğan said.

"In this way, it will also contribute significantly to a more effective presence of our domestic and national broadcasting around the world.”

Türksat 5B is next

With Türksat 5A, Turkey’s active satellites in space have increased to seven.

Three of the satellites currently in space are used for communication, namely Türksat 3A, Türksat 4A and Türksat 4B, while the other three, Göktürk-1, Göktürk-2 and Rasat, are for observation.

Erdoğan said Türksat 5B is next, noting that the goal is to launch the satellite into orbit in the last quarter of the year.

The orbiter will also be launched with a SpaceX Falcon 9 rocket, he noted.

“The tests of our Türksat 5B satellite, whose design and production stages have been successfully completed, are ongoing,” the president said.

Türksat 5B will be sent to orbit at 42 degrees east and is expected to increase the Ka-band capacity of the country.

The satellite will have a useful payload capacity that will exceed all satellites to date, Erdoğan said, adding that the country’s communication capacity would increase 15-fold.

Domestic satellite to be launched in 2022

Erdoğan also said Türksat 5A, the nation’s first satellite being developed using domestic resources, is scheduled to be sent into space in 2022.

It will place Turkey among the 10 countries capable of producing their own satellites, the president noted.

A month after Türksat 5A was launched, Turkey unveiled a landmark 10-year space road map that includes missions to the moon, sending Turkish astronauts to a scientific mission in space and developing internationally viable satellite systems.

The National Space Program, which will be carried out by the Turkey Space Agency (TUA), includes 10 strategic goals, seen as part of Erdoğan’s vision for Turkey playing an expanded regional and global role.

Under the road map, the country will improve work on satellite technologies and establish a spaceport with other ally countries.

Turkey plans to establish its first contact with the moon in 2023 when the country marks the centennial of the founding of the Republic of Turkey.

Erdoğan Monday also said he would soon share with the public a strategy that would bolster the country’s cybersecurity.

He said the nation’s defense industry would also be used to counter cyber threats.

“In our strategy document, which will include our long-term road map, we will set out how to protect our country against the risks involved in the process,” he noted.

“We will also create a powerful cyber defense mechanism with the awareness that the real major threats will come from cyberspace.”

Erdoğan described the strategy as a study that “will support data-based innovation, improve our national technology production capabilities, and allow us to move ahead in artificial intelligence technologies.”