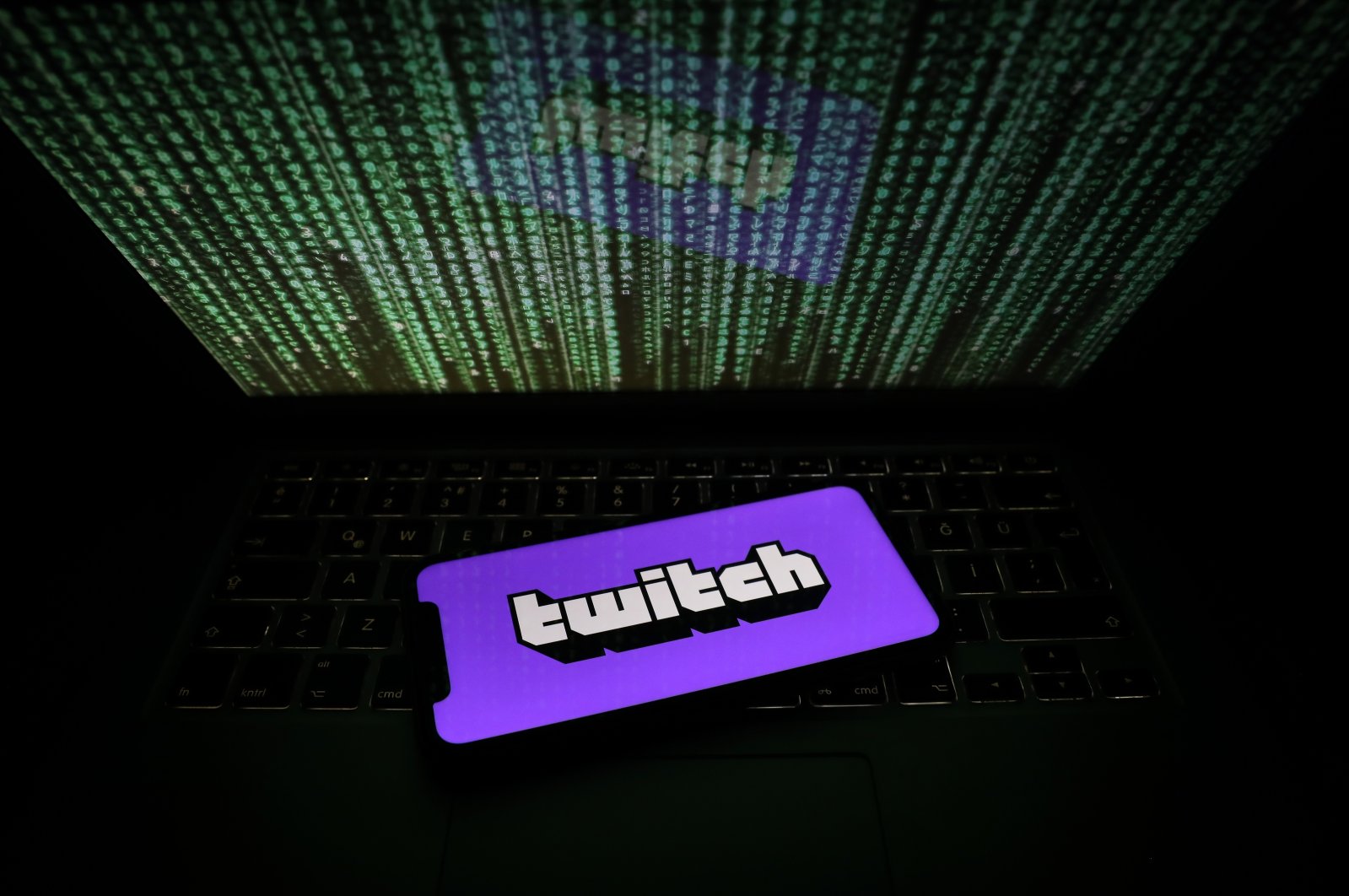 Last week saw a huge, well-organized money laundering scheme being run on Turkish Twitch come to light. Many streamers and fans took to social media to express their outrage, calling upon Amazon’s livestreaming giant to clean up the platform

Twitch is a different kind of place. Many people from my generation – the so-called “Millenials” – and arguably the majority of Gen X who came before us – tend to have a hard time understanding why it is so popular. We, the old-school fellas if you will, are accustomed to playing the games ourselves, not watching people smash buttons. With that said, many of us watched bigger kids give hell to the arcade machines when we were too young to play, beating the difficult games of the '90s with a single coin. It seems that we have somehow transferred that early hobby, our lineage, to the next generation in a way. The amusement that comes from watching good gamers appears to have manifested itself in Gen Z's Twitch obsession.

After my genealogy-focused, totally ignorant, guess as to why people love to watch others play games on Twitch, let’s get to our subject today: the scandal that has the Turkish Twitch community boiling.

For those unfamiliar with how Twitch works, I'll try my best to explain.

Twitch is a community-driven platform where people can support their favorite streamers with actual money. You can follow any streamer and watch for free if you like, but if you do decide to subscribe to them, that will cost you money.

If you’re totally committed to a streamer and you want to support them even more, you can “cheer them with bits.” Bits are a virtual good on the platform that you buy for actual money, and you can gift them to streamers to encourage them to keep up the good work.

Normally, when you buy bits to cheer streamers, you cannot convert them back to actual money. It’s a nonrefundable good.

Streamers, of course, make huge sums of money if you add up all the bits over time, but if you’re just a fan, you cannot convert your money back to bits.

Nevertheless, if stolen credit cards enter the equation, that’s another story. And unfortunately, a really grim one.

Fraudsters are getting more innovative by the day, that’s for sure. And it seems like they have found yet another cash cow.

The scam goes as follows: obtain stolen credit card information from the darknet (or even steal the information yourself), negotiate terms with a Twitch streamer who has potential for corruption, cheer them on with the bits purchased with stolen credit cards, make them pay you the agreed percent back in actual money.

For example, you buy 1,000 bits for $10 (TL 95) on Twitch with the stolen credit card, you cheer them all to a streamer and then they pay you back $8. That’s guaranteed money for the fraudster and the witting or unwitting Twitch streamer. I make that distinction because apparently, some Twitch streamers are victims themselves too.

Some Twitch streamers knew that their guaranteed money was coming from stolen credit cards, but others have claimed that they were themselves fooled by the grifters, who reportedly told the streamers the bits were acquired by watching ads on Twitch and that they were looking for a way to convert them to real-world money. That’s still in a gray area, but not as ethically problematic as stealing credit cards.

The scandal in Turkey was revealed recently on a well-established online forum, frmtr.com.

In the section of the forum dedicated to the old but gold massive multiplayer role-playing game (MMORPG) Knight Online (KO), a thread titled “Thief KO streamers” was published by users nicknamed “ALCEROS21” and “polemiq31.” They revealed several Twitch streamers, some of whom were “micro-influencers” with much lower subscriber counts than famous streamers, with impossibly high bit earnings.

In fact, the scandal was first brought up by the successful and highly popular Twitch streamer Ahmet “Jahrein” Sonuç, whose revelations did not attract too much public attention since the list he published did not include any prominent streamers.

Nevertheless, the lists that the two forum users obtained from the Oct. 6, 2021 Twitch leak (which truly shook the tech giant) showed that many prominent Turkish Twitch stars such as EasterGamersTV, bacyx, lurzy0y0, tecoNe, Brasco, Lahza, The Cady, brasco, farewell, Logicman, Revanche, Japone and others were earning unusual quantities of bits, many being prominent e-sports players.

After the revelation of apparent fraud involving famous e-sports stars and prominent streamers, tens of thousands of fans were understandably left devastated and disappointed.

Taking to Twitter with the hashtag “#TemizTwitch” (“#CleanTwitch” in Turkish), fans expressed their frustration with the scandal.

But arguably the biggest reaction to the saga came from Twitch streamers themselves, I mean, the non-corrupt ones.

The biggest supporter of the “#TemizTwitch” tag was arguably Jahrein, who used his large fanbase for good and rallied people to push for a cleaner Twitch experience.

Thanks to Jahrein’s efforts in addition to the increasing pressure from fans on social media, the scandal was also brought to Turkish Parliament’s attention.

Main opposition Republican People’s Party (CHP) Istanbul deputy Gürsel Tekin said in a tweet that he presented a motion to Parliament, calling for the Financial Crimes Investigation Board (MASAK) and other relevant Turkish state institutions to scrutinize the scandal.

Meanwhile, journalist Ibrahim Haskoloğlu also reported that he spoke to Parliament Speaker Mustafa Şentop, who said that Parliament will look into the revelations.

Another Turkish streamer, “Grimnax” also revealed a conversation he had on Discord, which showed a swindler approaching him with an offer.

“Hello, we would like to work with you; we will support you with continuing donations each month,” the first sentence by the supposed fraudster identified only by his alias “Sinan” is shown in the screenshot shared by Grimnax on Twitter.

When the streamer questions the conditions, the fraudster replies: “We will regularly donate an amount to you each month and will give you 20% of it as passive income.”

The streamer immediately rejects the offer, prompting swear words from the fraudster as seen in the screenshot.

“Apparently I’m not that good of a streamer, they only offer me 20%,” he joked in the tweet.

After their reputations were seriously tarnished after the fraud came to light, several streamers went into damage control mode, issuing apologies while at least one of them has denied having any involvement so far.

Mete “EasterGamersTV” Özbey, arguably one of the beloved streamers in Turkey, took to YouTube to issue his denial.

Stating that he is “not someone that pays close attention to his bank accounts,” he claimed that he had no idea about the thousands of dollars pouring into his pocket.

Many people, including his diehard fans, said his response was disingenuous and found it suspicious that the video he released denying the allegations was "unlisted" on YouTube, meaning it can only be accessed by people that have the link to it, which he shared on his Twitter account.

On the other hand, prominent Valorant player Orçun “farewell” Köroğlu said that the revelations are indeed true.

Köroğlu said that fraudsters approached him claiming that they earned bits by watching ads on Twitch.

“They told me they were obtaining bits by watching ads on multiple computers. I saw it as a revenue and continued for two or three months. After I learned about the scam, I quit and I haven’t done it for six months now. If I had known this was a scam, would I even get involved?” he said.

Responding to a Twitch fan who asked if he had anything to do with the scandal as his name was also listed, Sandıkçı said that he did not get into any shady business.

“I cannot understand how you can accuse someone without knowing the specifics in the first place,” he said, adding that he only streamed “50 times at most” in the last 12 months.

The Valorant player added that he even “refused to stream so that the bits won’t come” after becoming aware of the illegal scams and turned off the bit-earning feature on his Twitch account.

“Those amounts were not paid out to me,” he said, adding that he came under attack by someone "plotting to take down his Twitch account using different methods."

Twitch itself harmed most in saga

All that said, of all the parties involved, Twitch's reputation has been tarnished the most.

Accusing Twitch of inaction in the face of such a scandal, Turkish fans and streamers alike expressed their deep loss of faith in the platform.

Popular Turkish streamer “moparism” was very vocal in his criticism of the Amazon-owned platform.

“What happened and what I saw recently proved that the platform (Twitch) is not a host, but a middleman, a broker,” he said.

“There has never been a response from the platform after #TemizTwitch became the top trending topic and support from countless fans and streamers poured in,” he added.

“This showed how much [Twitch] cared about the streamers and fans, and this is a platform that cannot see it will not be able to exist without people or does not care about it,” the streamer underlined.

"Moparism" stressed that he is “out of his words and confidence" as a "partner streamer,” meaning he has an agreement with Twitch as a professional streamer.

“I hope this situation is resolved as soon as possible and it will turn into a platform that we can feel safe in, so that we can continue to watch and stream.”

As someone “old school” enough to be far from the reach of Twitch, I sincerely want the hopes of "moparism" to become a reality because corruption and toxicity, no matter where it occurs in a society, comes to harm every one of us as members of a greater sphere of people.

No to corruption, no to toxicity; no matter where it is, who it is, or how it is done.