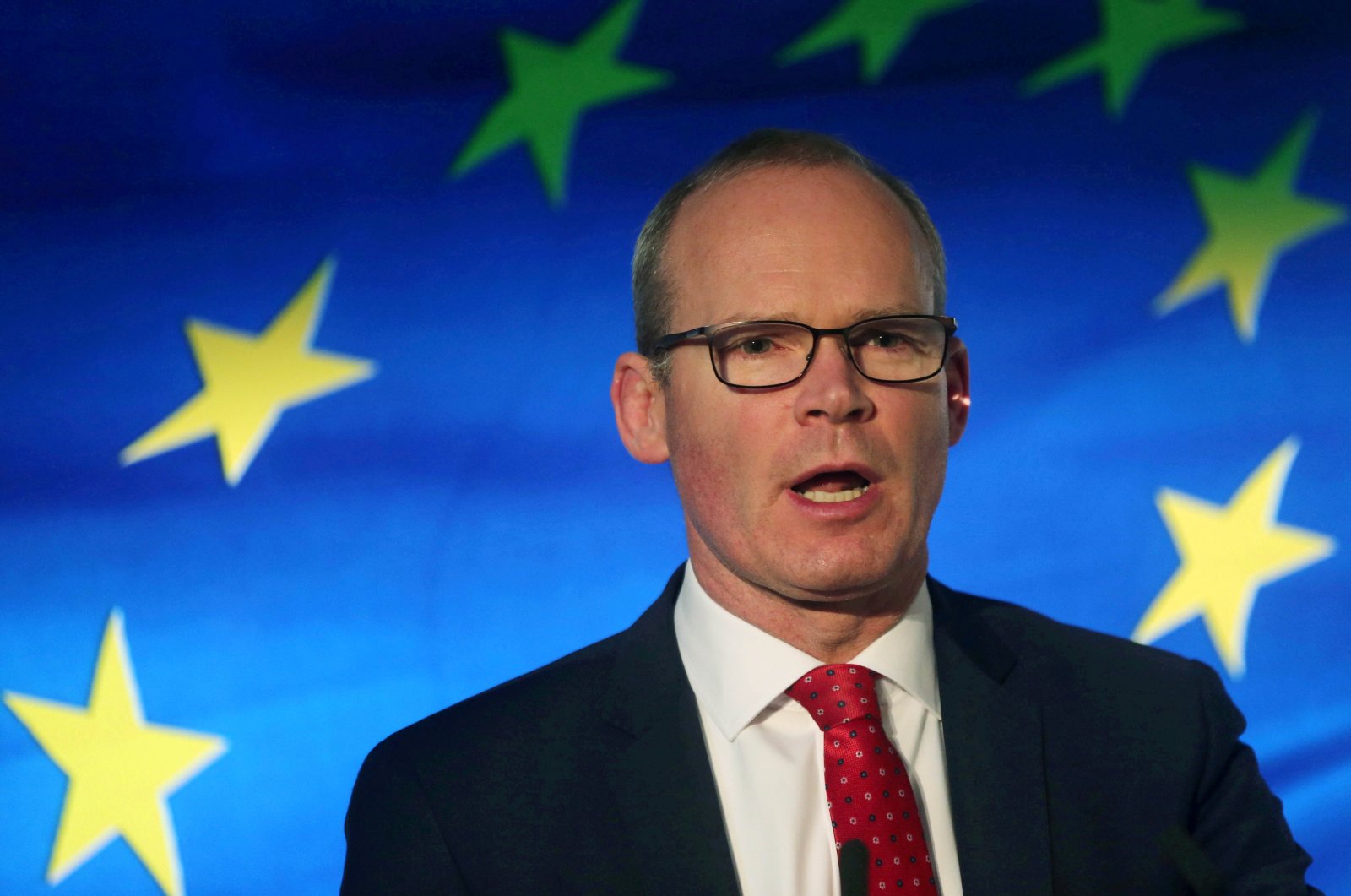 Irish Minister for Foreign Affairs Simon Coveney speaks at the launch of his party's manifesto for the Irish General Election in Dublin, Ireland, Jan. 24, 2020. (Reuters Photo)
by Reuters
Oct 10, 2021 2:11 pm

The United Kingdom and Ireland argued on Twitter on Sunday following British Brexit negotiator David Frost reiterating that the EU must agree to "significant change" to the Northern Ireland protocol that governs trade and border rules in the province.

The protocol was part of the Brexit settlement Prime Minister Boris Johnson negotiated with the EU, but London has repeatedly said it must be rewritten less than a year after taking force due to the barriers businesses face when importing British goods into Northern Ireland.

That drew a rebuke from Frost: "I prefer not to do negotiations by twitter, but since @simoncoveney has begun the process..."

Frost dismissed Coveney's argument that he was making new demands, saying that Britain's concerns over the European Court of Justice's role in the process were set out three months earlier.

"The problem is that too few people seem to have listened," Frost said.

On Saturday, Frost had released extracts of a speech he is due to make this week again calling for change and signalling a desire to free the protocol from the oversight of European judges.

Responding to that, Ireland's Coveney said Britain had created a new "red line" barrier to progress that it knows the EU cannot move on.

The row comes at the start of an important week in the long-running debate over how to manage the flow of goods between Britain, Northern Ireland and the EU.

The European Commission is expected to present new measures on Wednesday to smooth trade, while stopping short of the "significant change" London is demanding to the protocol.

The measures are designed to ease customs controls, clearance of meat, dairy and other food products and the flow of medicines to Northern Ireland from the U.K. mainland.

The European Commission will also set out plans to engage more with politicians, businesspeople and others in Northern Ireland.

The proposals could enable supermarkets to supply their Northern Irish stores with sausages and other chilled meat products from Britain that are banned from entry into the European Union – and so in theory into Northern Ireland.

While remaining part of the United Kingdom, Northern Ireland has stayed in the EU's single market for goods, meaning exports to the rest of the bloc face no customs checks, tariffs or paperwork. The result is an effective customs border in the Irish Sea, disturbing Great Britain-Northern Ireland trade and angering the province's pro-British unionists.

Under the Commission's plans, British sausages, for example, would be allowed into Northern Ireland as long as they were solely intended for Northern Irish consumers.

On Tuesday, a day before that announcement, Frost is due to give a speech to the diplomatic community in the Portuguese capital, Lisbon.

He will say endless negotiation is not an option and that London will need to act using the Article 16 safeguard mechanism if solutions cannot be agreed rapidly.

Article 16 allows either side to take unilateral action if the protocol is deemed to have a negative impact.