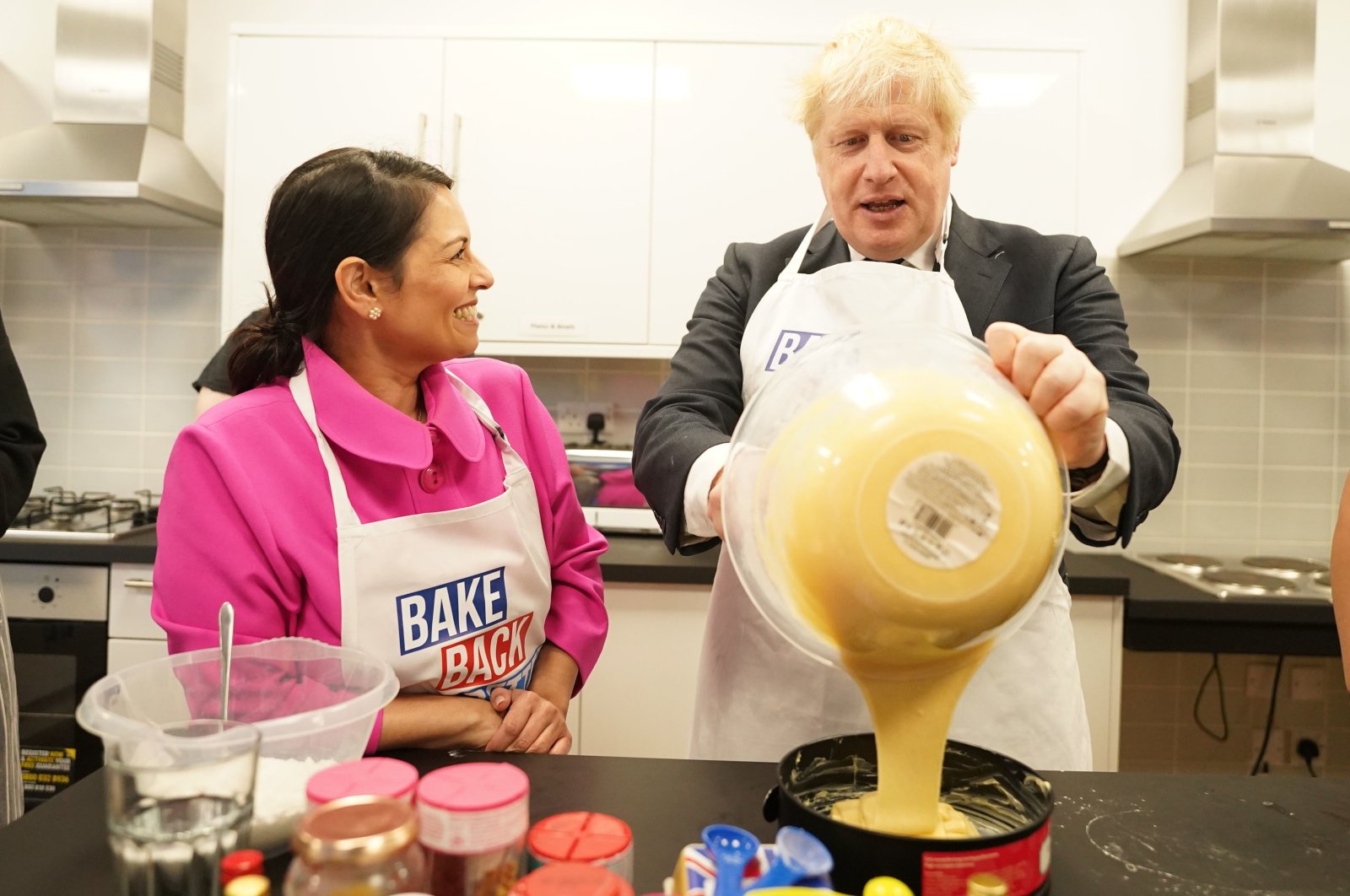 British Prime Minister Boris Johnson pledged not to return the country to its "broken" pre-Brexit economy despite challenges faced as a result of the supply chain crisis made worse by its EU departure.

Speaking on the opening day of his Conservative party's first in-person annual conference since 2019, Boris Johnson also insisted that the public could "trust" the police despite the shocking murder of a London woman by a serving officer.

In a bullish conference message to the Tory faithful, Johnson vowed to forge ahead with his post-COVID-19 recovery plan to "build back better" in areas from infrastructure to climate change.

The government has sought to blame the global health crisis for an exodus of foreign lorry drivers, adding to departures since Brexit took full effect and free movement of people ended in January.

Deliveries to supermarkets have been hit, making empty shelves an increasingly common sight, while a lack of tanker drivers has triggered panic-buying at petrol stations, forcing Johnson to call in the army to deliver stocks.

The government now faces warnings from the farming industry that tens of thousands of pigs could be incinerated in the coming days without an urgent influx of foreign abattoir workers and butchers.

But interviewed by the BBC at the conference in Manchester, northwest England, Johnson said the U.K. economy was "broken" before Brexit and was now undergoing necessary changes.

"What we can't do in all these sectors is simply go back to the tired, failed, old model and reach for the lever marked uncontrolled immigration, with people at low wages," he said.

"So yes, there will be a period of adjustment."

Johnson can point to a successful COVID-19 vaccination roll-out, which was quick out of the blocks after vaccines were approved, and which has so far seen more than 82% of all over-16s double-jabbed.

But anger persists in some quarters at his handling of the pandemic and a high death toll of more than 136,000, as well as claims of cronyism for COVID-19 contracts.

He has also risked the wrath of Tory colleagues for breaking an election pledge not to raise taxes, by announcing hefty new funding to fix a crisis in health and social care.

On Brexit, he has angered Brussels by threatening to shelve problematic new trading arrangements for Northern Ireland, and tensions are high with France over fishing rights.

On Saturday, protesters, some holding EU flags, gathered near the Conservative conference venue.

"Corrupt Tory government. Liars, cheats, charlatans. Get them out now," a banner read.

Last week, opposition Labour leader Keir Starmer attacked Johnson as a Brexit-obsessed one-trick showman without a plan, even if his popularity remains relatively high with the public.

"Level up? You can't even fill up," said Starmer of Johnson's flagship economic policy.

"We have a fuel crisis, a pay crisis, a goods crisis, and a cost of living crisis, all at the same time."

The 33-year-old marketing executive's abduction in south London in March triggered nationwide anguish and debate about the safety of women and girls.

Couzens, 48, was on Thursday jailed for the rest of his life after falsely arresting Everard on the pretense she had broken coronavirus restrictions, before raping and murdering her.

Over the weekend, the Met confirmed that Couzens had been approved for armed patrols of Parliament on five occasions last year.

The London force – Britain's biggest – has been widely panned for advising women to flag down a passing bus if they are stopped by an officer they do not trust. However, Johnson backed that advice in the BBC interview.

"My view is that the police do – overwhelmingly – a wonderful job and what I want is the public, and women in particular, girls and young women, women of all ages, to trust the police," he said.