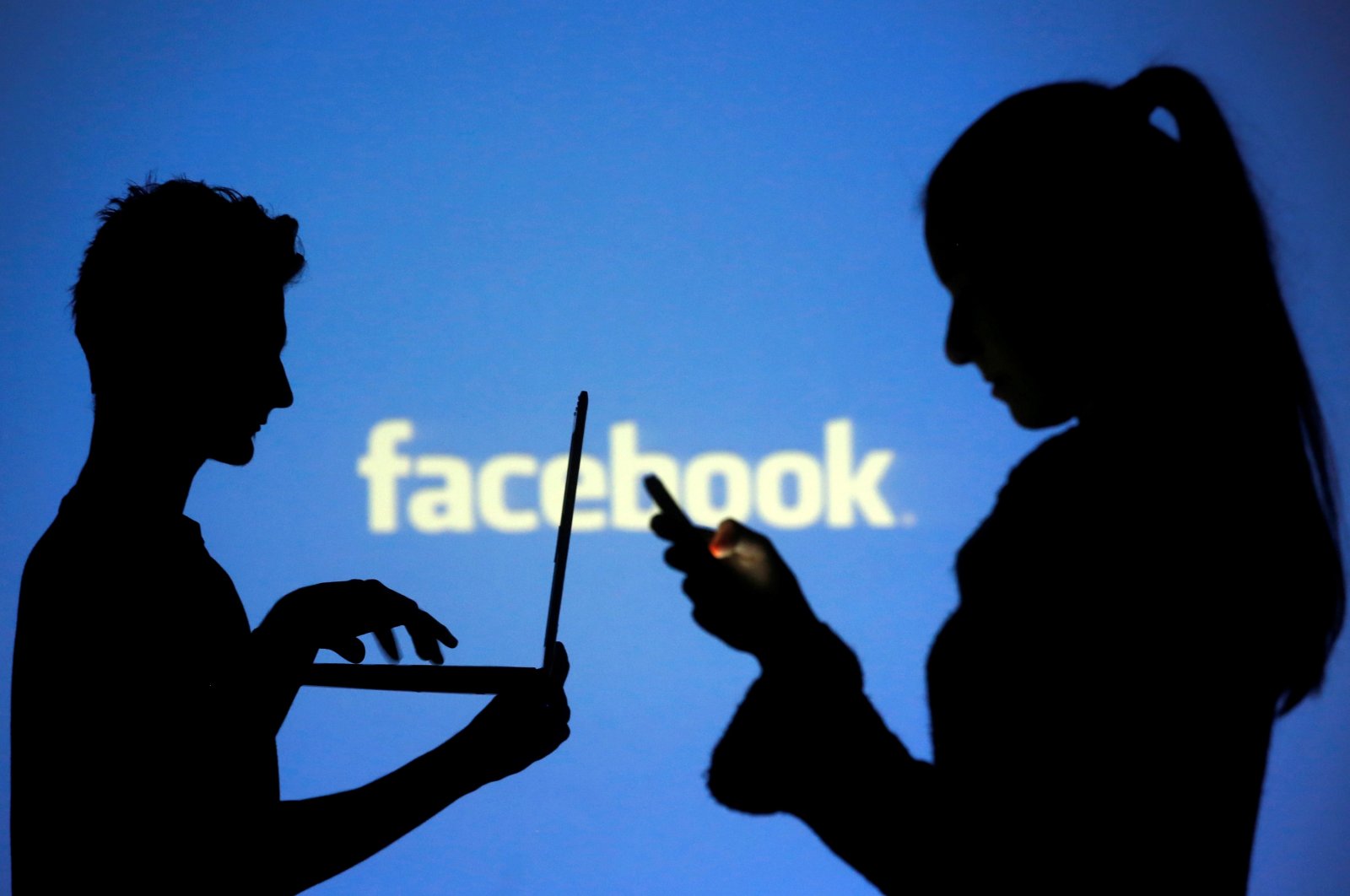 People are silhouetted as they pose with laptops in front of a screen projected with a Facebook logo, in this picture illustration taken in Zenica, Bosnia-Herzegovina, Oct. 29, 2014. (Reuters Photo)
by Daily Sabah with Reuters Oct 20, 2021 2:53 pm
RECOMMENDED

The Competition and Markets Authority (CMA) said Facebook had deliberately failed to comply with its order. It says that the companies should issue an initial enforcement order (IEO) at the start of an investigation into a completed acquisition.

“This ensures that companies continue to compete with each other as they would have without the merger, and prevents the companies involved from integrating further while a merger investigation is ongoing,” according to the agency, yet Facebook significantly limited the scope of updates to the CMA outlining its compliance with the IEO.

This is the first time a company has been found by the British watchdog to have breached an IEO by consciously refusing to report all the required information.

The agency said Facebook’s act was deliberate as the company has previously received multiple warnings.

“We warned Facebook that its refusal to provide us with important information was a breach of the order, but even after losing its appeal in two separate courts, Facebook continued to disregard its legal obligations," said Joel Bamford, senior director of mergers at the CMA.

"This should serve as a warning to any company that thinks it is above the law," he warned.

A media report Wednesday said Facebook was planning to rebrand a change that would likely see a parent company overseeing its brands.

Responding to the CMA fine, Facebook said: "We strongly disagree with the CMA's unfair decision to punish Facebook for a best-effort compliance approach, which the CMA itself ultimately approved. We will review the CMA's decision and consider our options."