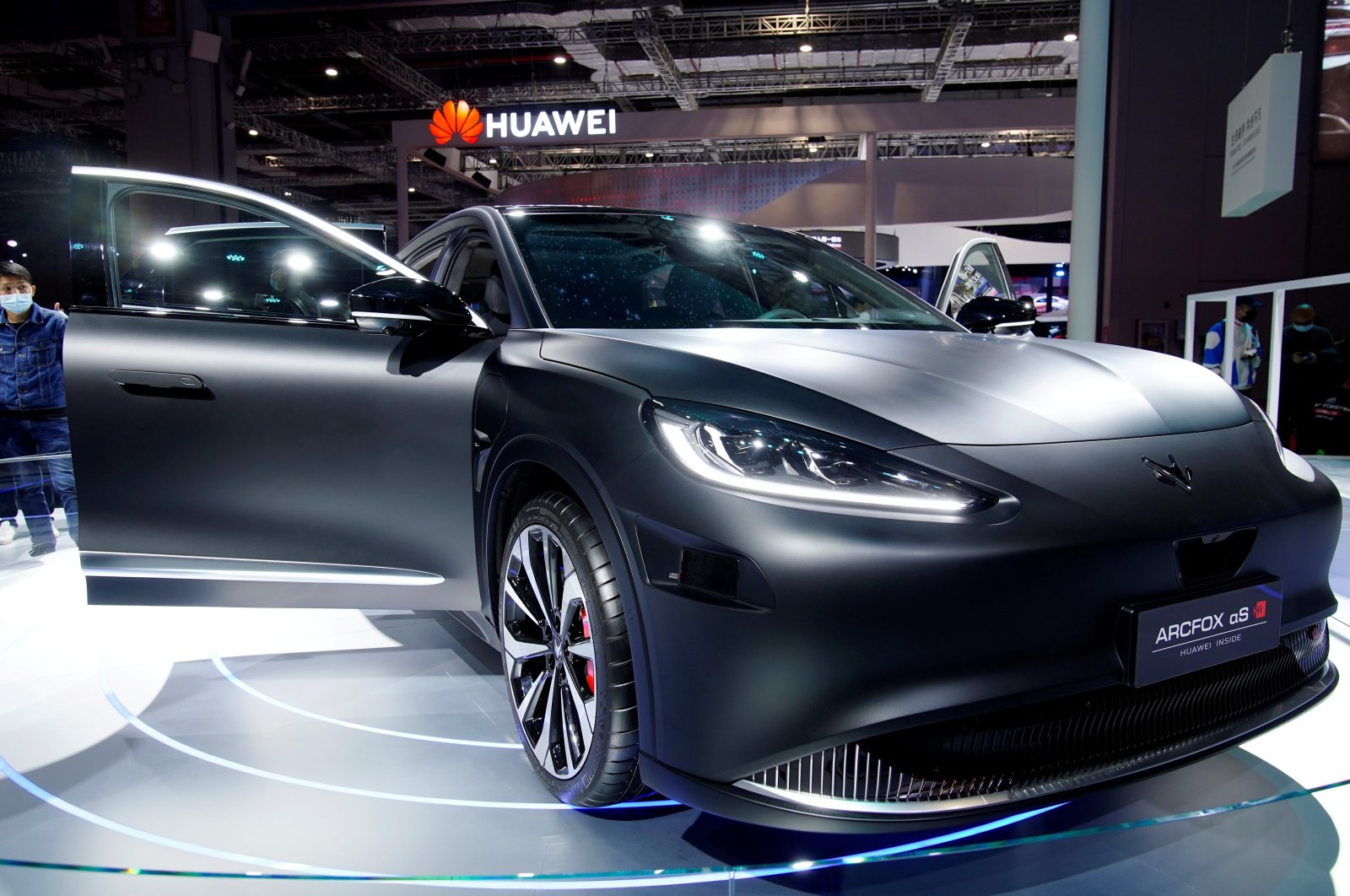 An Arcfox Alpha-S HI (Huawei Inside) electric vehicle is seen displayed during a media day for the Auto Shanghai show in Shanghai, China, April 19, 2021. (Reuters Photo)
by REUTERS Aug 25, 2021 11:21 am
RECOMMENDED

Amid the global chip crisis, U.S. officials have approved license applications worth hundreds of millions of dollars for China's blacklisted telecom company Huawei to purchase chips for its growing auto component business, two people with knowledge of the matter said.

Huawei, the world's largest telecommunications equipment maker, has been hobbled by trade restrictions imposed by the Trump administration on the sale of chips and other components used in its network gear and smartphones businesses. The Biden administration has been reinforcing the hard line on exports to Huawei, denying licenses to sell chips to Huawei for use in or with 5G devices.

But in recent weeks and months, people familiar with the application process told Reuters the U.S. has granted licenses authorizing suppliers to sell chips to Huawei for such vehicle components as video screens and sensors. The approvals come as Huawei pivots its business toward items that are less susceptible to U.S. trade bans.

Auto chips are generally not considered sophisticated, lowering the bar for approval. One person close to the license approvals said the government is granting licenses for chips in vehicles that may have other components with 5G capability.

Asked about the automotive licenses, a U.S. Department of Commerce spokesperson said the government continues to consistently apply licensing policies "to restrict Huawei's access to commodities, software, or technology for activities that could harm U.S. national security and foreign policy interests."

The Commerce Department is prohibited from disclosing license approvals or denials, the person added.

A Huawei spokesperson declined to comment on the licenses, but said: "We are positioning ourselves as a new component provider for intelligent connected vehicles, and our aim is to help car OEMs (manufacturers) build better vehicles."

Citing threats to U.S. national security and foreign policy interests, the U.S. has gone to great lengths to slow the growth of Huawei's key communications-related business.

After placing Huawei on a U.S. Commerce Department trade blacklist in 2019, which banned sales of U.S. goods and technology to the company without special licenses, the U.S. last year ratcheted up restrictions to limit the sale of chips made abroad with U.S. equipment. It also campaigned to get allies to exclude Huawei from their 5G networks over spying concerns. Huawei has denied the allegations.

Huawei reported its biggest ever revenue drop in the first half of 2021, after U.S. restrictions drove it to sell a chunk of its once-dominant handset business and before new growth areas had fully matured.

In another sign of Huawei's ambition in the space, after suppliers have received licenses authorizing the sale of tens of millions of dollars of chips to Huawei, the company has requested they apply again and request higher values such as 1 billion or 2 billion, one source said. Licenses are generally good for four years.

Richard Barnett, chief marketing officer at a global electronics consultancy called Supply Frame, said Huawei is in the "early innings" of trying to invest in the $5 trillion automotive market that has large potential growth both inside and outside of China.

"Cars and trucks are now computers on wheels," said Barnett. "That convergence is what's driving Huawei's strategic focus to be a bigger player in that area."