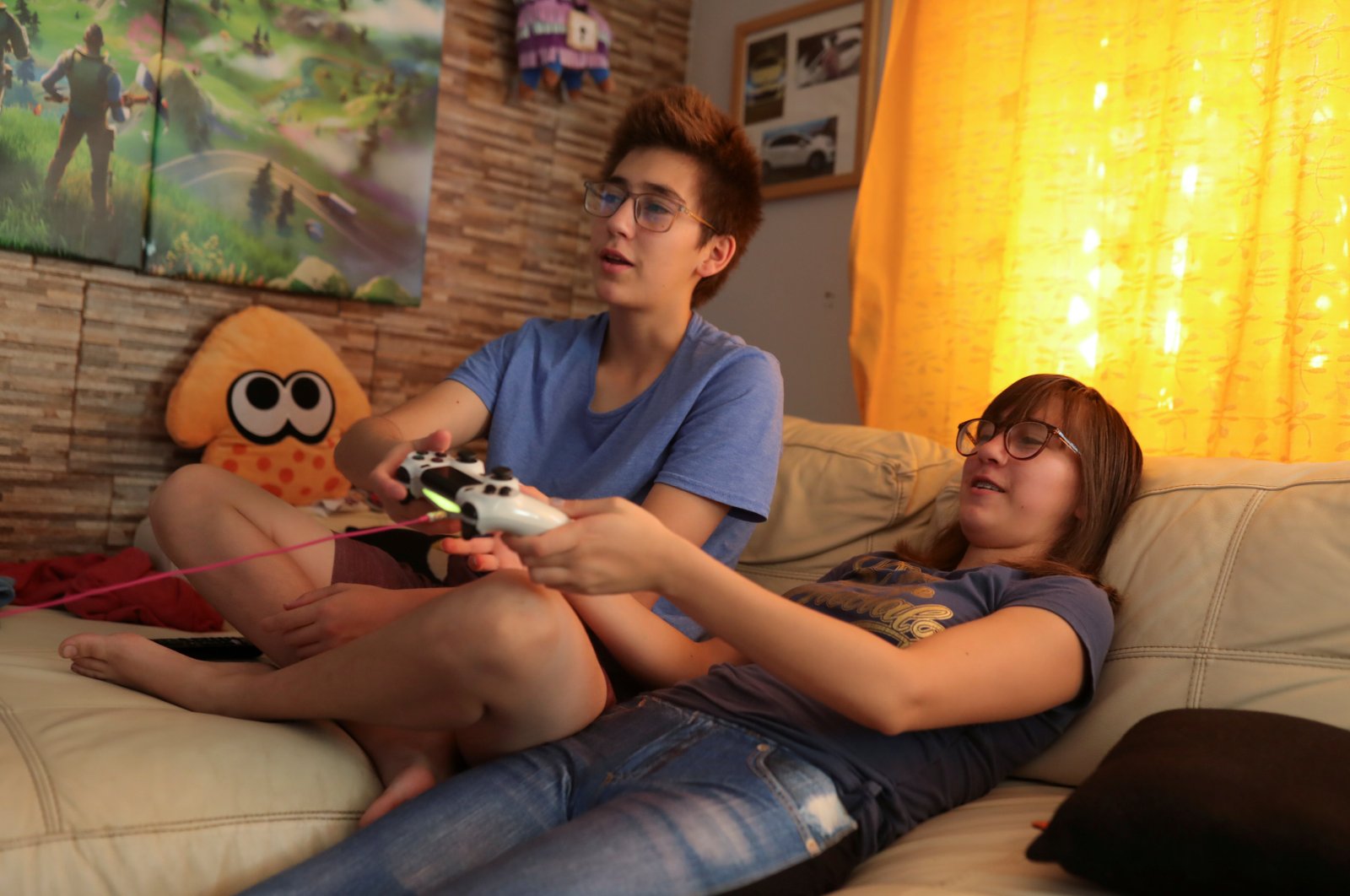 Children play with a PlayStation while quarantining at home during the outbreak of the coronavirus, in Santiago, Chile, April 21, 2020. (Reuters Photo)
by REUTERS Apr 22, 2020 10:20 am
RECOMMENDED

With large portions of the U.S. population quarantined at home due to the coronavirus pandemic, the demand for video games to provide entertainment is growing dramatically.

The dollar figure was the highest recorded since $1.8 billion was spent in March 2008, according to the report.

NPD Group executive Rob Liguori wrote Tuesday: "At NPD, we are tracking weekly consumer spending changes across entertainment due to COVID-19. With schools closing and shelter-in-place orders going out across multiple states, U.S. consumers' habits reflect the need to live primarily indoors for the foreseeable future.

"While steep transaction declines are being seen across multiple industries during the pandemic, consumer (spending) on entertainment is strong, especially in video games," he said.

Hardware sales reportedly jumped 63% to $461 million last month over March 2019. Per NPD Group, the Nintendo Switch set a sales record in March 2020, doubling sales from the same month a year ago.

Xbox One and PlayStation 4 also saw their sales figures rise by more than 25%, and console purchases in the first quarter grew by 2% to $773 million.

Leading all game sales for the month was Nintendo's new Animal Crossing: New Horizons. The title had the third-best opening month for a Nintendo game, trailing only Super Smash Bros. Ultimate and Super Smash Bros. Brawl.

"Animal Crossing: New Horizons ... truly defined March 2020 for the video game market and the corresponding period of social distancing," NPD Group U.S. games industry analyst Mat Piscatella wrote in a blog post Tuesday. "There is a synthesis between this game and this time in history that will leave the two forever connected in the world of video games. Practicing social distancing and observing stay at home orders have motivated many people to play more video games in order to find connection."

"Animal Crossing: New Horizons, a game designed around developing communities and forging connections, was certainly the right game at the right time. And there's no doubt that its success helped lift an entire market beyond what would have otherwise occurred," he said.

The top-selling titles in the U.S. last month after Animal Crossing: New Horizons were Call of Duty: Modern Warfare, MLB: The Show 20, Resident Evil 3 and NBA 2K20, according to NPD Group.