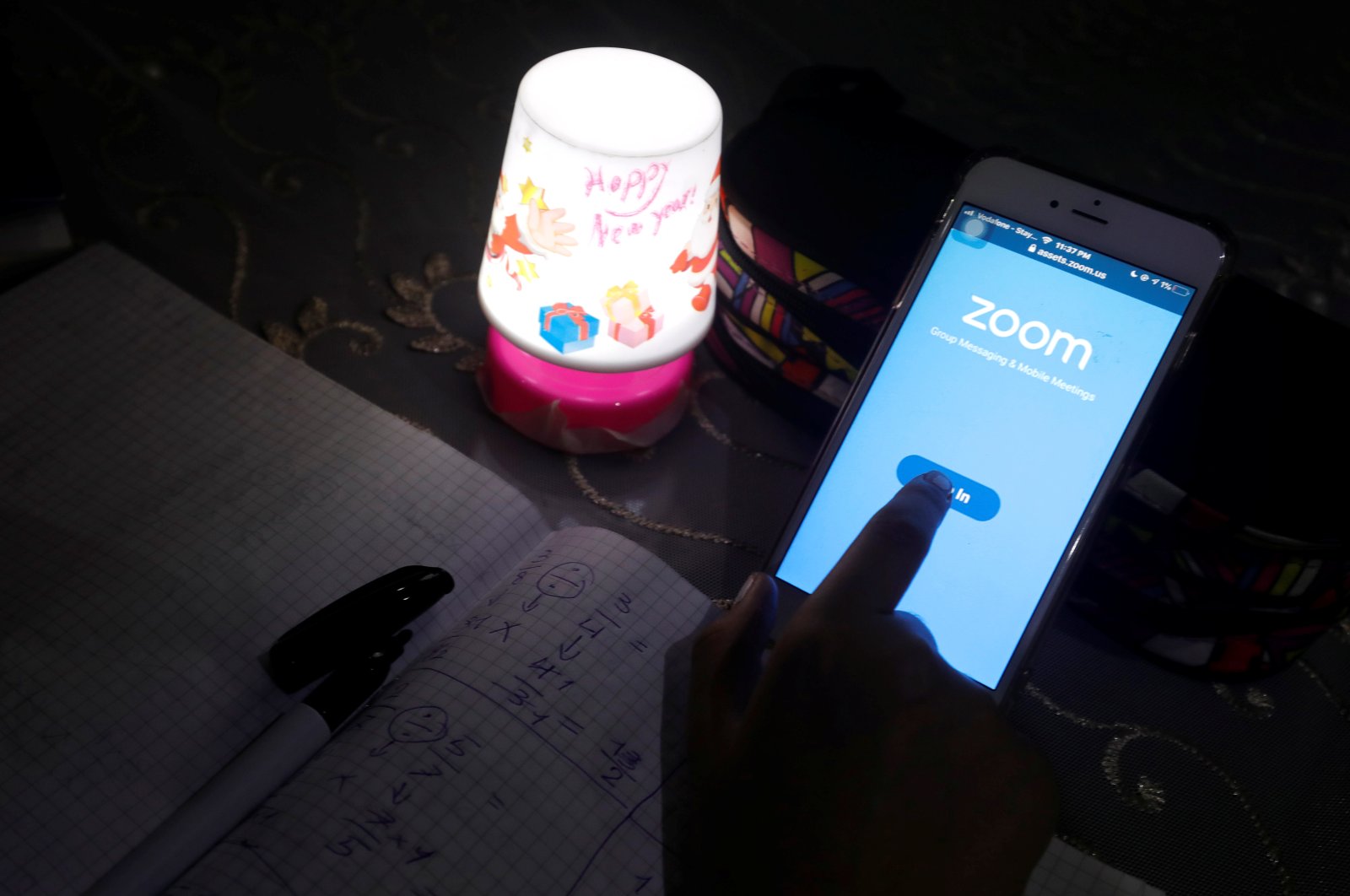 A student takes class online while using the Zoom app at her home in Cairo after Egypt shut down schools to curb the spread of the coronavirus, Sunday, April 5, 2020. (REUTERS Photo)
by Reuters Apr 06, 2020 4:23 pm
RECOMMENDED

Shares of Zoom fell 9% on Monday, adding to their sharp declines in the past few days, as the video conferencing app battles privacy concerns and increased competition from deep-pocketed rivals.

The stock had surged to a record high in March as demand for the app skyrocketed with millions of people around the world using it for everything from school lessons to business meetings amid lockdowns imposed to slow the spread of the coronavirus.

But multiple reports last week that questioned the company's data privacy practices have spooked investors, erasing over a third of the company's market value from its record high.

"While implied new customer growth may seem undemanding compared to recently disclosed 20x participant growth, we expect much of the recent surge will prove ephemeral, and/or comes from free users or education, which are very difficult to monetize," Credit Suisse analysts wrote in a note.

Some school districts in the U.S. have started to ban the app for online learning from home because of growing security concerns, while the New York City Department of Education said teachers should instead work through Microsoft Teams, Washington Post reported on Saturday. (https://wapo.st/3dXg94z)

While analysts believe that many issues, especially those originating from user error, are likely to get solved in the short term, others could remain for some time.

"Encryption concerns have already caused some high profile customers to curtail Zoom usage, and we expect others could follow though the majority of organizations likely have no issue," Credit Suisse analysts said.

Microsoft Teams, which competes with Zoom, had 44 million users globally as of March 18, Microsoft said last month, more than double the 20 million daily active users it reported in November.