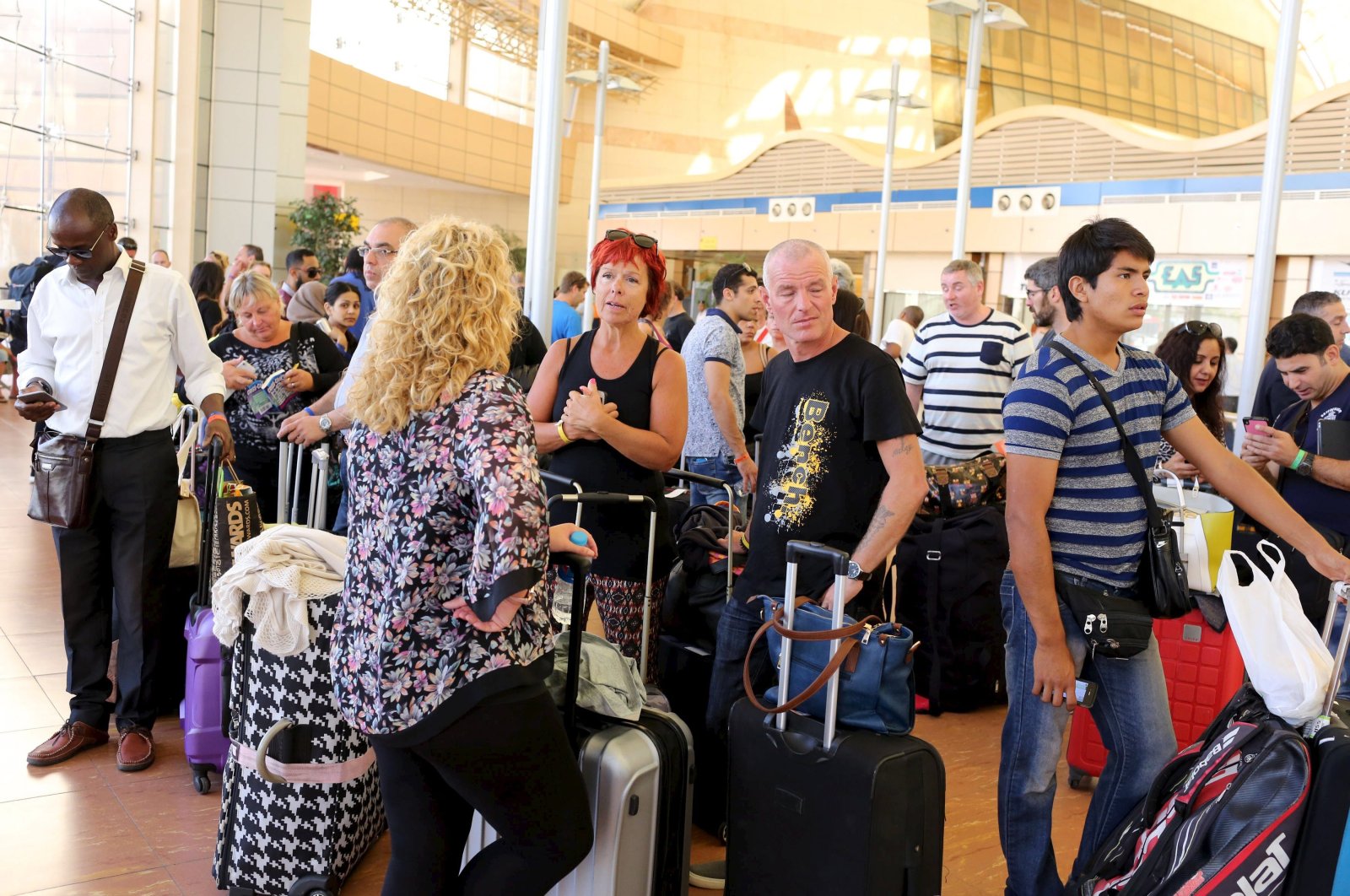 Passengers from an Easy Jet flight to Britain which got canceled wait at the airport of the Red Sea resort of Sharm el-Sheikh till they get another announcement, Sharm el-Sheikh, Egypt, Nov. 6, 2015. (Reuters Photo)
by Reuters Jun 24, 2021 1:45 pm
RECOMMENDED

Britain wants to allow people to have holidays abroad again but the government is wary of the risks, a minister said Thursday ahead of an announcement on whether a narrow list of quarantine-free travel destinations would be expanded.

Anger is growing at Britain's onerous restrictions on foreign travel: pilots, cabin crew, travel agents and other workers from the travel industry held protests Wednesday, begging the government to open up more routes.

British citizens are essentially prevented from traveling to most countries – including those in the European Union – as quarantine and testing rules are so cumbersome and expensive.

"Personally I want us to get back to a position where we can support those who want to travel to do so," Environment Secretary George Eustice told Sky News when asked if Brits could soon be on the beach in Spain's Balearic Islands.

"But it is difficult, we are being cautious," he added, saying that there was a risk of new variants emerging in other countries which are more resistant to vaccination.

Transport Secretary Grant Shapps will later on Thursday say whether any new destinations are added to England's "green" list for quarantine free travel amid speculation that restrictions could be eased for Spanish islands such as Ibiza.

Eustice warned that there were unlikely to be huge changes to the green list.

Malta and the Portuguese island of Madeira have also been touted as possible additions to the list, and British Airways , easyJet and TUI have said they will be ready to go should new destinations open.

Currently, there are just 11 "green" destinations where Britons can go without having to quarantine for 10 days on their return, despite the easing of lockdown domestically.

Those rules have held back any recovery for airlines and holiday companies that are on their knees after nearly 18 months of COVID-19 restrictions.

A wider reopening of travel from the U.K. also faces a new challenge as European destinations could start to restrict entry.

Chancellor Angela Merkel said Wednesday she would like European countries to require people entering from Britain to go into quarantine, as is the case in Germany, citing the high prevalence of the more infectious delta variant in the U.K.

British ministers have said they are considering plans to ditch quarantine requirements for vaccinated people, with more details expected to be published on June 28 when the "traffic light" system is reviewed.

Shares in most travel stocks have risen this year, with easyJet up 17% and TUI up 40% on hopes that progress with the vaccination will ease restrictions, although the reopening has so far disappointed in Britain at least.