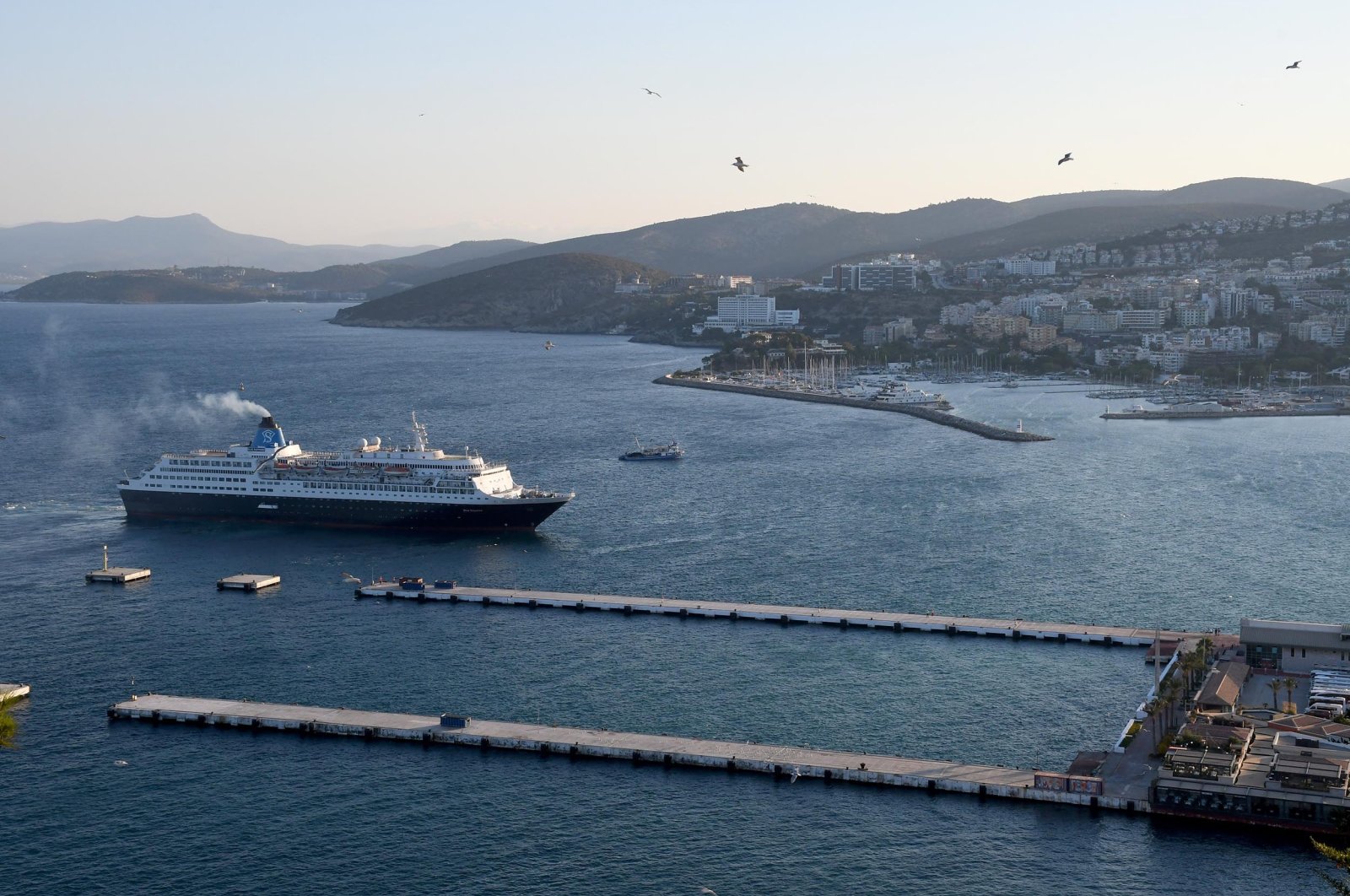 Türkiye by far most favorite holiday spot for Russians in 2022

Turkey’s Aegean resort town of Kuşadası is expected to allow a record number of cruise ships to dock at its port next year, as the industry looks forward to a broad restart after taking a beating from the coronavirus pandemic.

Ege Port serving the town is known for hosting the highest number of cruisers annually. It just last week welcomed its first cruise ship after a 16-month pause due to pandemic-related curbs that brought travel to a halt.

The local businesses in Kuşadası, the main tourist hotspot in the western Turkish province of Aydın, had much to celebrate as Blue Sapphire brought in 450 passengers consisting mostly of Russian citizens.

Global Ports Holding Eastern Mediterranean Regional Director and Kuşadası Ege Port General Manager Aziz Güngör stressed the impact the pandemic had on the industry, as some of the earliest big outbreaks were found on cruise ships.

Güngör said many cruise companies restarted operations as of May, prompting noteworthy mobility particularly as of July.

“There was some serious momentum, especially after July. Currently, 65 cruise companies are in operation around the world, and 200 ships are expected to be in service by the end of September. That is about 30% of the world’s capacity,” he noted.

“We are just at the beginning,” he added.

The acceleration in the vaccination campaign and a drop in daily infections could prompt a major rebound in demand and trigger a long-awaited recovery in 2022, Güngör noted.

These could result in what Güngör said could be the “best year ever in cruise tourism.”

“Next year, when we look in terms of Kuşadası, we can say that 750,000 passengers could arrive with 650 ships,” he noted, referring to the number of cruisers that have made bookings for 2022.

“The highest passenger figures in the history of Kuşadası could be achieved.”

“We need to specifically state that these are reservations. There could be cancellations depending on the situation, but at least the fact that reservations are so strong is very promising for our country,” Güngör added.

The Ege Port chief said Greece still keeping the sea border gates closed remains the biggest obstacle ahead. Lifting of the closure would enable many more ships to come to Turkey.

“Currently, when we look at 2022 bookings, we see a very serious demand for Turkey. If all goes well, this may even be Turkey’s best year in cruise tourism. Our hopes and expectations for 2022 are quite high,” he explained.

Meanwhile, Turkey is very soon to launch a mega port project tailored for Istanbul. Galataport is expected to see the first ship anchor at its shores in the coming period, opening a new era for the metropolis’ tourism industry as it aims to become one of the industry's top cruise destinations.

Galataport is jointly being built by Turkey’s Doğuş Group and Bilgili Holding with an investment of $1.7 billion (TL 14.07 billion). It is one of the world’s largest coastal projects, aiming to become one of the industry’s top cruise destinations.

Türkiye by far most favorite holiday spot for Russians in 2022