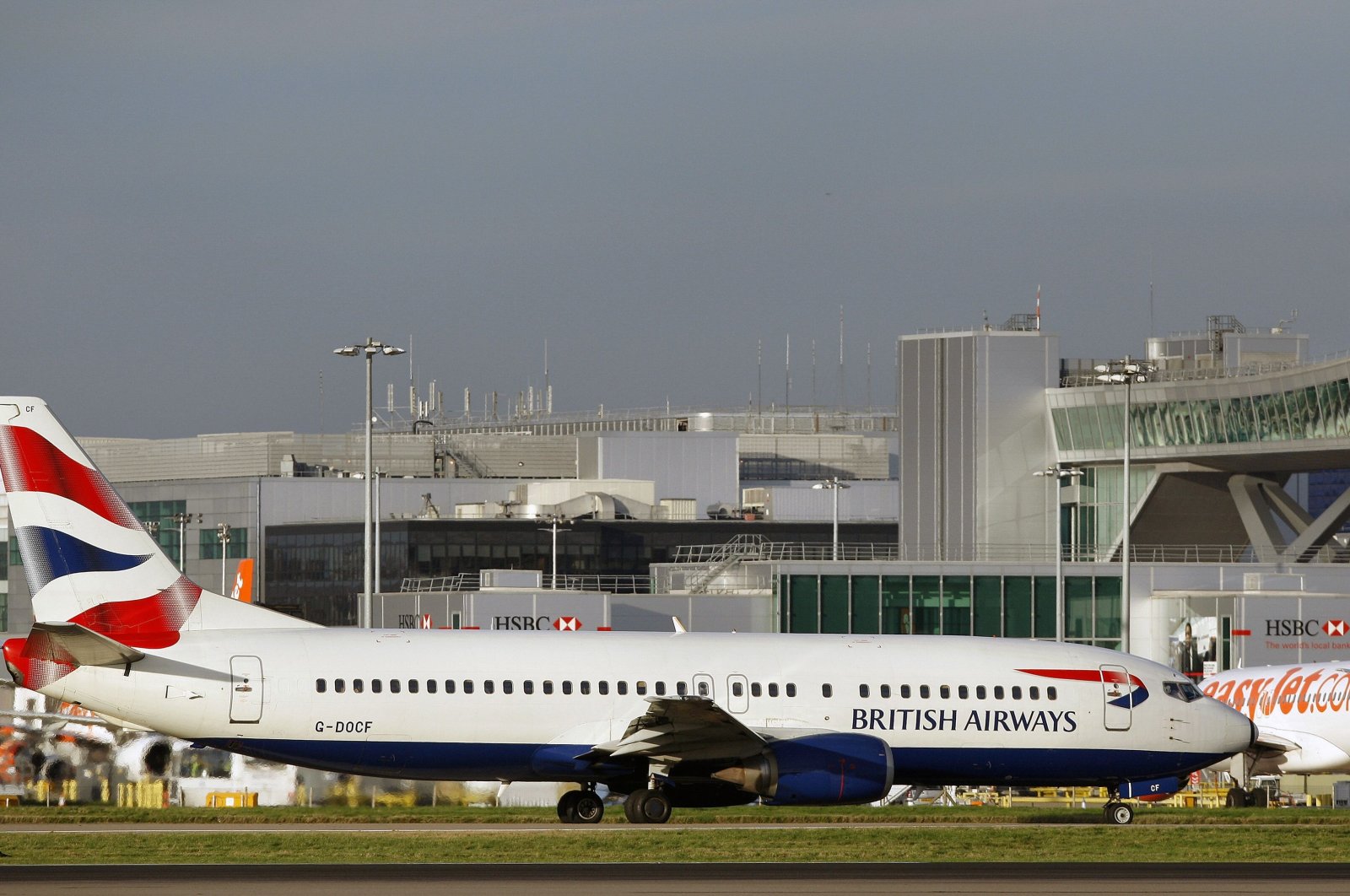 British Airways canceled all flights at Gatwick airport, the second busiest airport in the country, after easyJet stopped its operations due to the coronavirus outbreak.

The aviation industry continues to struggle amid the pandemic as many countries forced airlines to cancel flights as a precautionary measure against the coronavirus.

British-based airline company British Airways has decided to stop its flights under coronavirus measures, hours after Britain's easyJet grounded its entire fleet of 330 aircraft, with no clear idea when they might resume.

“Due to the considerable restrictions and challenging market environment, like many other airlines we will temporarily suspend our flying schedule at Gatwick,” a British Airways spokesman said.

The airline, in contrast to easyJet which became the first British airline to take its entire fleet out of service, is still operating from London Heathrow with a reduced schedule.

Recently, British Airways stated that the "worsening" worldwide pandemic threatens its survival and thousands of staff might be laid off as a result.

According to The Daily Mail, British Airways’ CEO Alex Cruz wrote to all 45,000 workers saying the virus’ relentless spread is a crisis “of global proportions like no other we have known.” He pointed out that the coronavirus outbreak is more serious than the 2008 financial crash, SARS or 9/11.

The media reports said that the airline is planning to keep the equipment for essential functions at the airport, such as maintenance, cleaning and towing, in order to restart operations quickly when the time comes.

As the main airline carriers in the country, British Airways, easyJet and Virgin Atlantic have been working with the government to fly British citizens back to the United Kingdom.

EasyJet said it would lay off its 4,000 U.K.-based cabin crews for two months. They won't work from April 1, but they will get 80% of their average pay under a state job retention plan.

U.K.-based Virgin Atlantic, 51% owned by Richard Branson's Virgin group and 49% owned by U.S. airline Delta, made a proposal to the government's adviser Rothschild and is hoping to get a response by the end of this week or early next week, the source told Reuters on Monday.