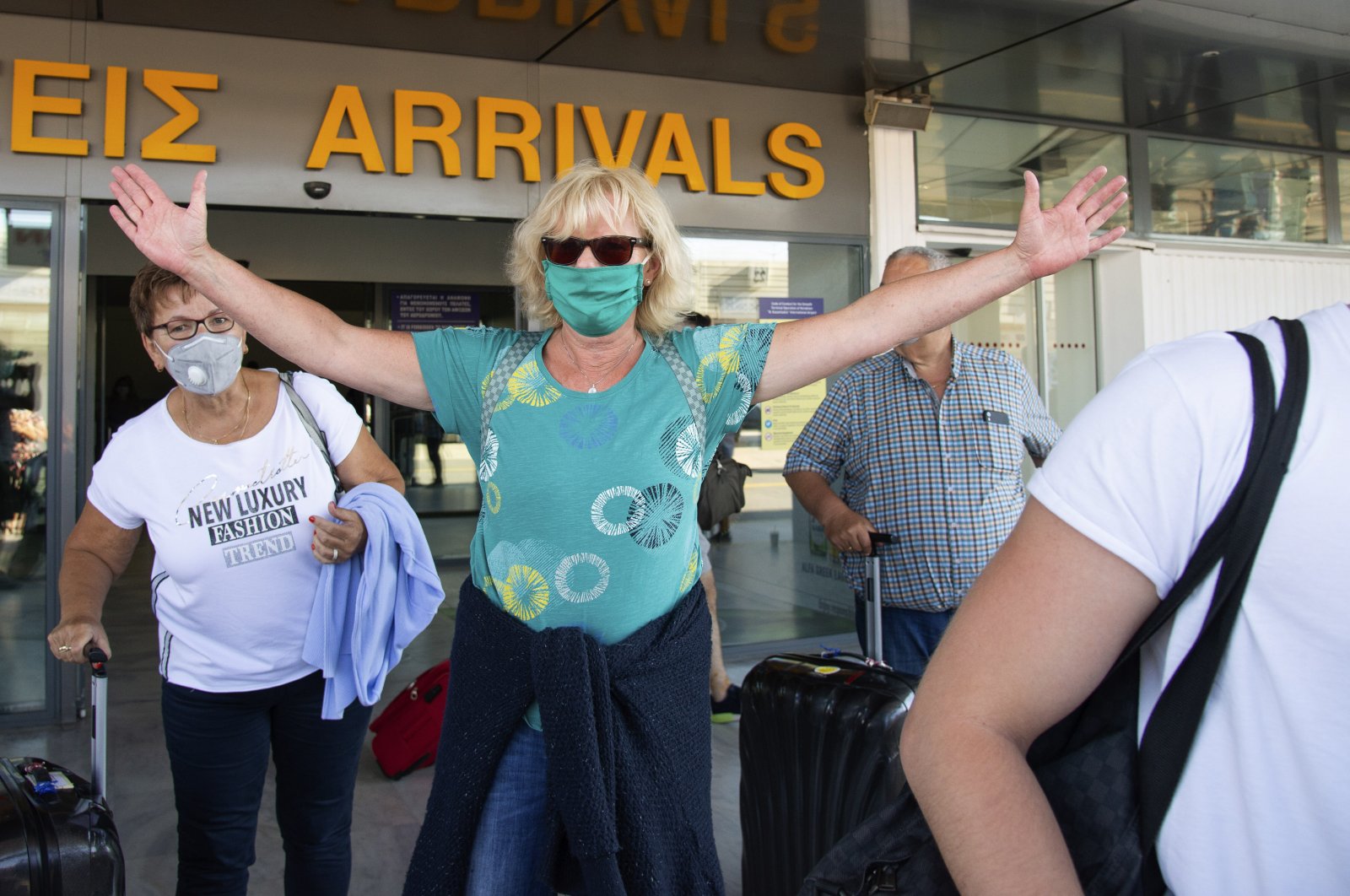 A tourist reacts as she arrives with others at Nikos Kazatzakis International Airport in Heraklion, Crete island, Greece, July 1, 2020. (AP Photo)
by Daily Sabah with DPA Jul 06, 2020 9:43 pm
RECOMMENDED

Greece on Monday recorded its first positive tests for coronavirus in weeks, with the majority of the cases being tourists.

Since the country was opened again to tourism on July 1, over 100,000 holidaymakers have entered Greece via the Bulgarian-Greek border crossing, local media estimate.

Greece on Monday morning temporarily closed its borders to Serbian citizens in response to the rapid rise of COVID-19 cases in the Balkan country.

"The decision will be periodically reviewed by Greece ... we hope that other facts will be taken into account. It is obvious that Greece has an interest in foreign tourists coming and most tourists are just coming from Serbia," Dacic was cited as saying by Anadolu Agency (AA).

Tourist operators in Serbia have also expressed frustration over the decision, describing it as unfair and calling on tourist organizations in Greece to react.

Serbia currently has only 3,067 active coronavirus cases – out of 16,131 total confirmed cases, with a death toll of 311, according to data compiled by the U.S.' Johns Hopkins University.

On Sunday, 293 Serbian passengers in two different airplanes arrived in Turkey's southern coastal city of Antalya, as the country continues to receive Serbian tourists who want to spend their summer vacations on the seaside.