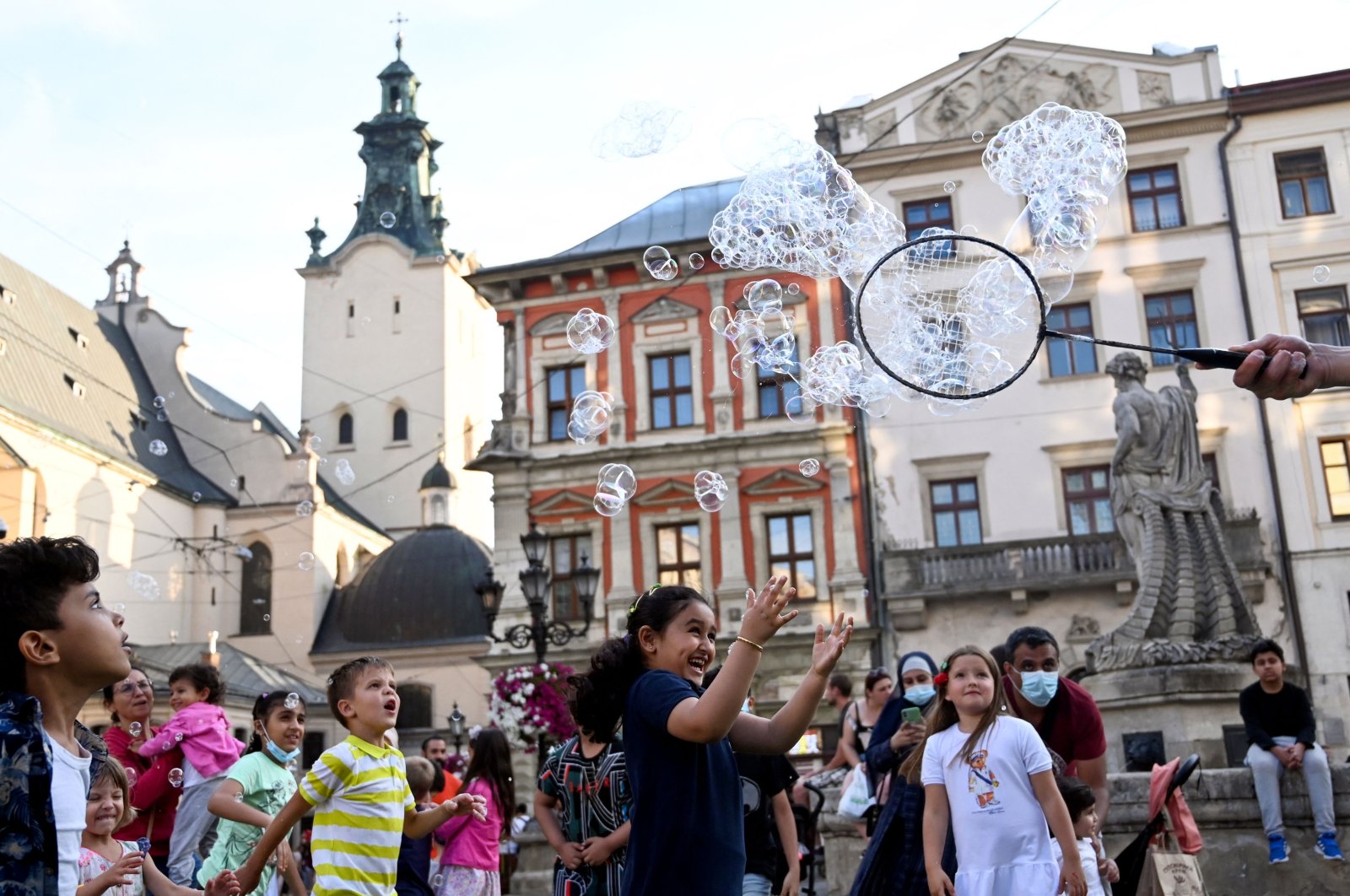 With the strict COVID-19 travel restrictions still in place across Europe, one of the leading markets of the Ukrainian tourism market, travelers from the Middle East, especially Saudi Arabia, now rank among the top visitors to the ex-Soviet state.

Gulf tourists riding in horse-drawn carriages or posing for portraits by street artists and playing chess on benches with locals in Lviv are now popular scenes in the city that is more accustomed to European tourists.

The trend has given hope to the country's pandemic-hit tourism industry.

"We need to seize the moment," says Bogdan Gets, a tour guide on a sightseeing train that ferries tourists along cobbled streets in central Lviv, a city in western Ukraine known for its Renaissance architecture.

For Gets and his colleagues at "Chudo Tour" (Wonder Tour), the unexpected influx of tourists from the Middle East is a chance to recover after a string of lockdowns that put pressure on Ukraine's struggling economy.

In the first half of 2021, the number of Saudi tourists alone visiting Ukraine skyrocketed to 14,000 compared to just 350 in the same period last year, according to the country's state tourism agency.

This new cohort is attracted by a visa-free regime enacted in August last year and cheap direct flights.

In previous years, the city was mostly visited by Poles, Belarusians, Turks, Germans and Britons.

"Last year put the tourism industry in extreme conditions," the agency said, and "radically changed" how tourists decide which countries to visit.

Before the pandemic, 32-year-old Asma, a tourist from Saudi Arabia, traveled with her husband and two sons to various European destinations every year but never considered Ukraine.

After exploring Lviv and the capital Kyiv this summer, the family was pleasantly surprised.

"The bars, the food and the coffee – all things here in Ukraine are amazing," Asma told Agence France-Presse (AFP) outside the iconic Lviv Opera.

Anna Nayda, the head of the Kredens Cafe chain, admitted that the local tourism industry experienced some initial difficulties when catering to their new customers.

"At first it was very difficult to find a common language," she told AFP.

But now her cafes are printing menus in Arabic and replacing pork in their sandwiches to ensure they have halal options.

Several souvenir shops in the city have started making signs in Arabic, while "Chudo Tour" said they are translating their pre-recorded audio guides.

"This is a push for change," Nayda said, adding that during the pandemic businesses struggled to pay rent and salaries.

"Of course in these conditions, you think about how to survive. We decided to make changes and everything turned out great," she said.

Tourism to Ukraine is picking back up, but the climb is slow.

After the number of tourists in 2020 was just a quarter of the level of the previous year in 2020, it was up 9% in the first half of this year compared to the second half of last year.

The number of visitors from the Gulf – mainly Saudi Arabia and Bahrain – gradually increased throughout the summer, said Khrystyna Kaguy, a manager at the Reikartz hotel group.

Hassan, a 64-year-old businessperson from Saudi Arabia, opted for a family holiday in Ukraine on the recommendation of a friend.

Compared to Germany or Switzerland, he described the country as "more energetic, more dynamic" and where the locals "are family-oriented."

"We'll definitely come back," he told AFP on a cafe terrace with his wife in Kyiv.

For tourists coming from arid conditions, trees and rain are a big draw.

"The rooms that even slightly overlook the trees or the park are a big preference," Kaguy told AFP.

Gets, meanwhile, said he had never seen an adult so happy to see rain.

"This is a thrill for them. They say that they came to Lviv on purpose, they are only interested in rain."

"Looks like heaven," she said. "We will come back."