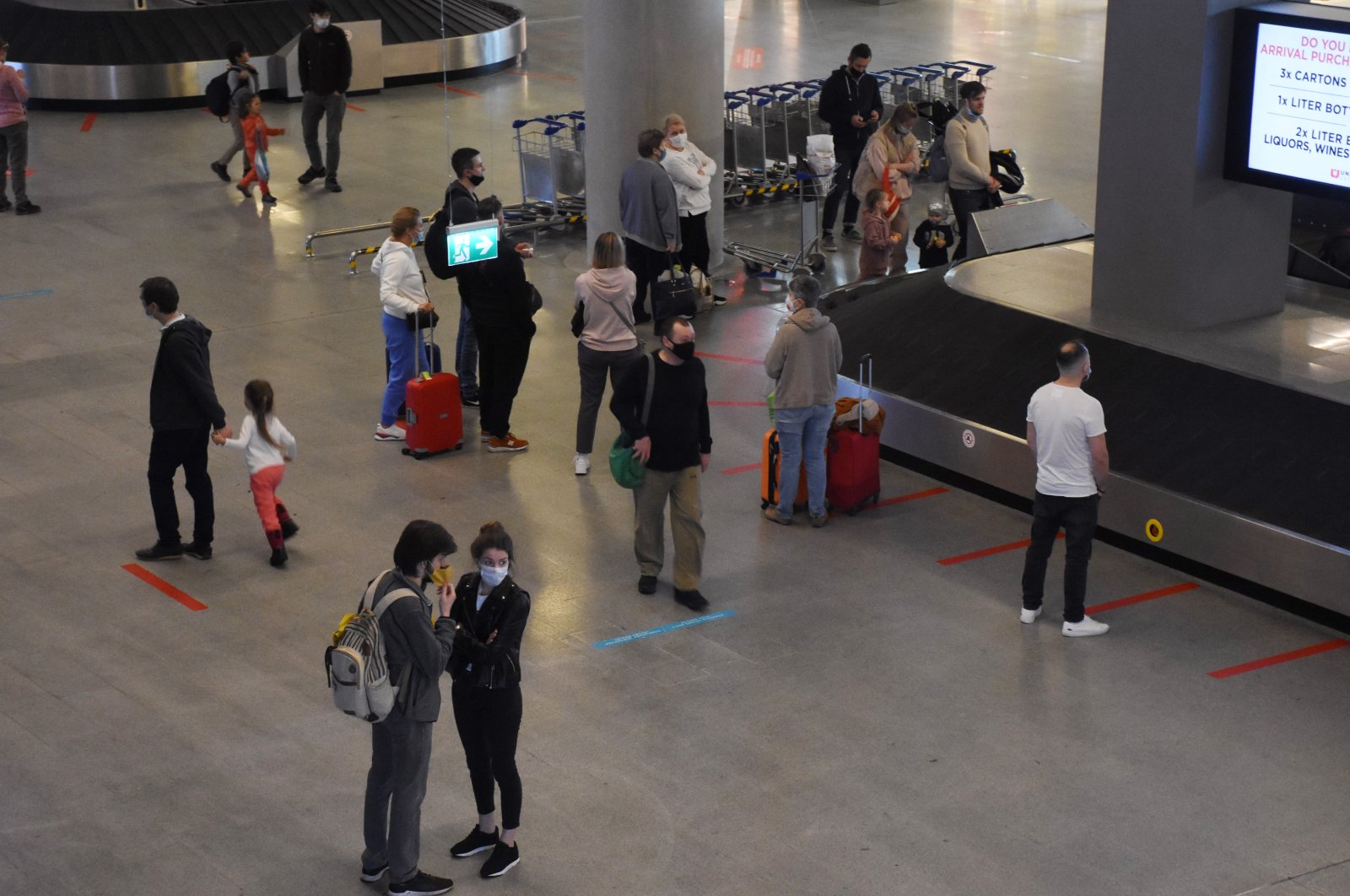 Tourist facilities and airports in southwestern Turkey’s resort province of Muğla have started to welcome international guests as the new season begins earlier than expected in the city that has completed needed measures to prevent the spread of the coronavirus outbreak. Vacationers came to the province already impressed by the measures and feel safe choosing the city for their holiday, according to what they shared with the local news agency.

Among the earliest visitors, a Russian tourist group of 151 vacationers, who landed in Dalaman on March 19 with the first flight of the season, will spend about two weeks in hotels in Fethiye and Marmaris, two tourist hot spots located where the Mediterranean meets the Aegean.

The region stands out with its natural beauty, historical richness and remarkable beaches. Last year Turkey kicked off the Safe Tourism Certificate program to protect the guests from the spread of COVID-19.

Visitors were allowed to enjoy the sea and pools in the hotels and blue-flag beaches in the region within the scope of the social distancing rules that were even implemented in areas set aside for sunbathing.

Among the international visitors who expressed appreciation regarding the necessary measures adopted against the virus, Luda Belova from Russia told Anadolu Agency (AA) that they visited “their beloved Muğla” twice and she had come here before pandemic as well.

Belova explained that the first time she visited the city was with a company she is working at and with a group of 100 people.

“This time I came with my family,” she said, noting that she does love Turkey and thinks it is very safe despite the pandemic.

“Everyone wears masks both during the flight and at the airport. All precautions have been taken,” she said, adding that the airport ensures the ability to maintain social distancing.

“I think I will have a safe holiday here,” Belova said.

According to Inna Khelman, the measures applied in Turkey are impressive, especially the fact that everyone wears protective masks and pays attention to social distancing.

Saying that she admires Muğla’s natural beauty, lush vegetation and blue sea, Khelman noted that she did not think that there would be any trouble as all the virus rules were followed and that she appreciates measures that Turkey took during the period.

Anastasia Cherkassenka and her husband Denis Cherkassenko, who were also among the tourist group coming from Russia, said they have visited Turkey several times.

Cherkassenka, who said that they received COVID-19 test results before coming to Turkey, noted that she and her husband love Turkey very much, and that is why they returned at the first possible opportunity.

“Muğla is a heavenly place. Everything is here, the sea, the sand and the sun is so beautiful. There is no problem for us in here. Everything is safe and enjoyable,” she said.

Mihhail Kehonko, a Muscovite who came to Muğla for vacation, said that this is the first time he, his wife and children had visited Fethiye, and they are very happy with their decision.

According to tourism industry officials, the number of tourists, most particularly those coming from Russia, is set to grow since this is just the beginning of the season.

YDA Dalaman Airport General Manager Cengiz Tuğrul Ayaz said they expect a spike in Muğla's tourist traffic starting in April due to the expected number of tourists from the United Kingdom and Russia.

Mentioning that last year they started to host international guests in August due to the pandemic and some 165,000 tourists from Russia landed at Dalaman Airport, Ayaz said the first group coming from that country this year is important for them. "For the first time, a plane from Russia is coming to the region this month. This also shows that our international guests will continue to prefer this region in the coming period as well. This movement will continue through April and May and will prolong the season a bit.”

According to Turkey’s Tourism Ministry, the country is set to host twice as many tourists in 2021 compared to last year when the coronavirus pandemic’s effect was more visible.

The country’s tourism sector had a remarkable year in 2019, welcoming 52 million tourists and earning around $35 billion (TL 262 billion). The revenues were expected to reach $40 billion last year, according to Alpaslan’s statements, however, the pandemic led to a significant drop in tourist numbers.

The sector’s revenues last year dropped 65.1% year-on-year to $12.06 billion, reflecting the heavy toll from rolling global travel restrictions, stay-at-home orders and the closures of restaurants and hotels that peaked in the second quarter of 2020.

Alpaslan said at the time the figure is expected to reach around $23 billion this year amid early bookings from the country’s leading markets that lifted the tourism industry’s morale ahead of the season.