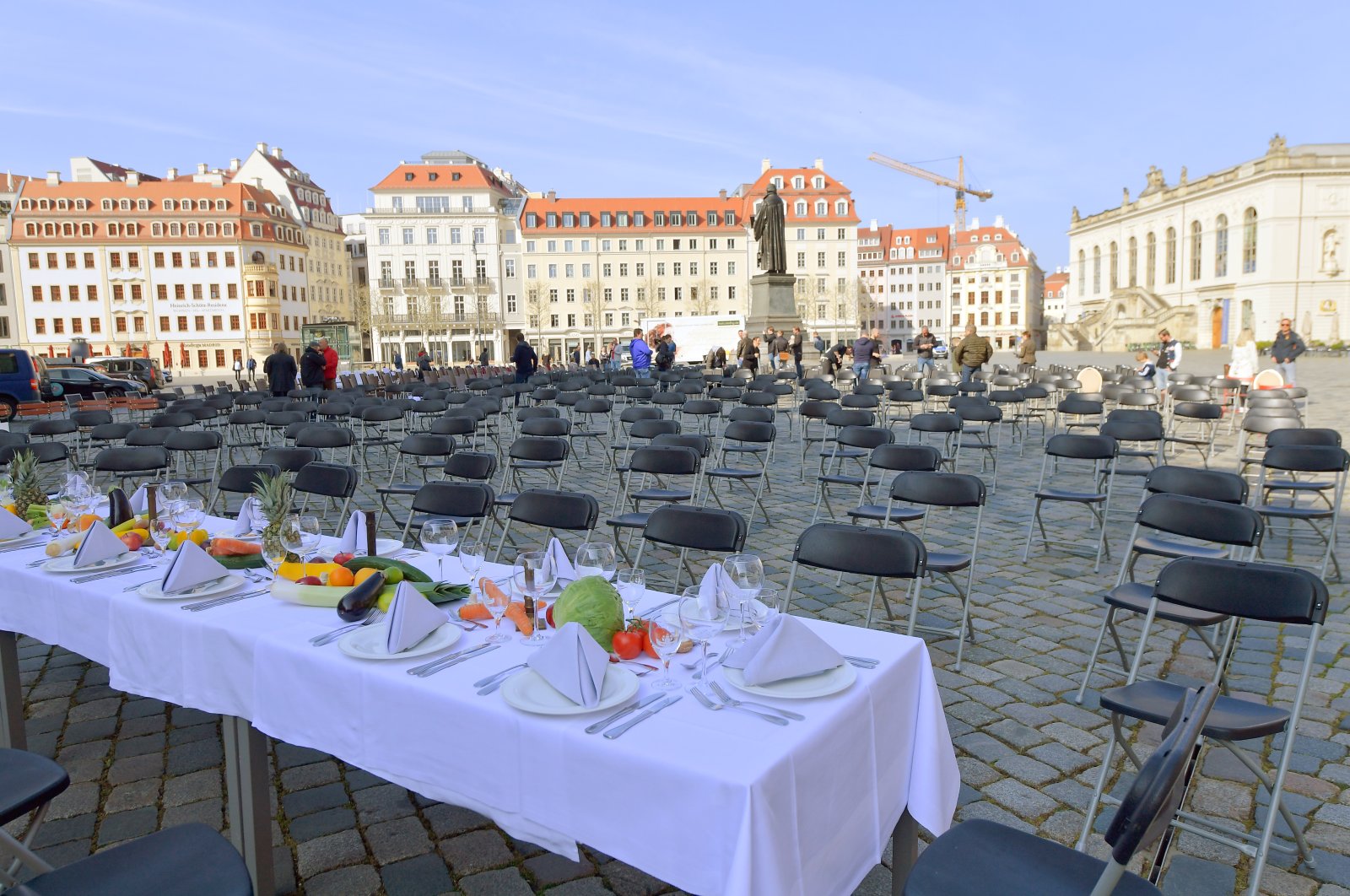 Empty chairs and decorated tables are set up in Neumarkt square to call attention to the difficult situation of hotel and restaurant owners as the spread of the coronavirus continues, Dresden, Germany, April 17, 2020. (Reuters Photo)
by Anadolu Agency Apr 22, 2020 1:45 pm
RECOMMENDED

Hotel occupancy rates have hit rock bottom globally due to travel restrictions to stem the spread of the novel coronavirus.

Other capitals also suffered occupancy plunges, as Athens recorded a 14% occupancy rate, Beijing 16.4%, Prague 17% and Paris 19.5%, according to figures compiled by the Hotel Association of Turkey (TÜROB).

"Occupancy rates, which range between 70% to 100% in the world's largest cities under normal conditions, hit rock bottom as expected in March this year," the association said.

The United Kingdom posted the highest occupancy rate in Europe with 36.5%, it noted.

After originating in Wuhan, China last December, COVID-19 has spread to at least 185 countries and regions worldwide, with Europe and the United States the worst-hit regions.

There are nearly 2.57 million cases worldwide and more than 177,600 deaths. Almost 653,000 have recovered from the virus, according to data compiled by U.S.-based Johns Hopkins University.