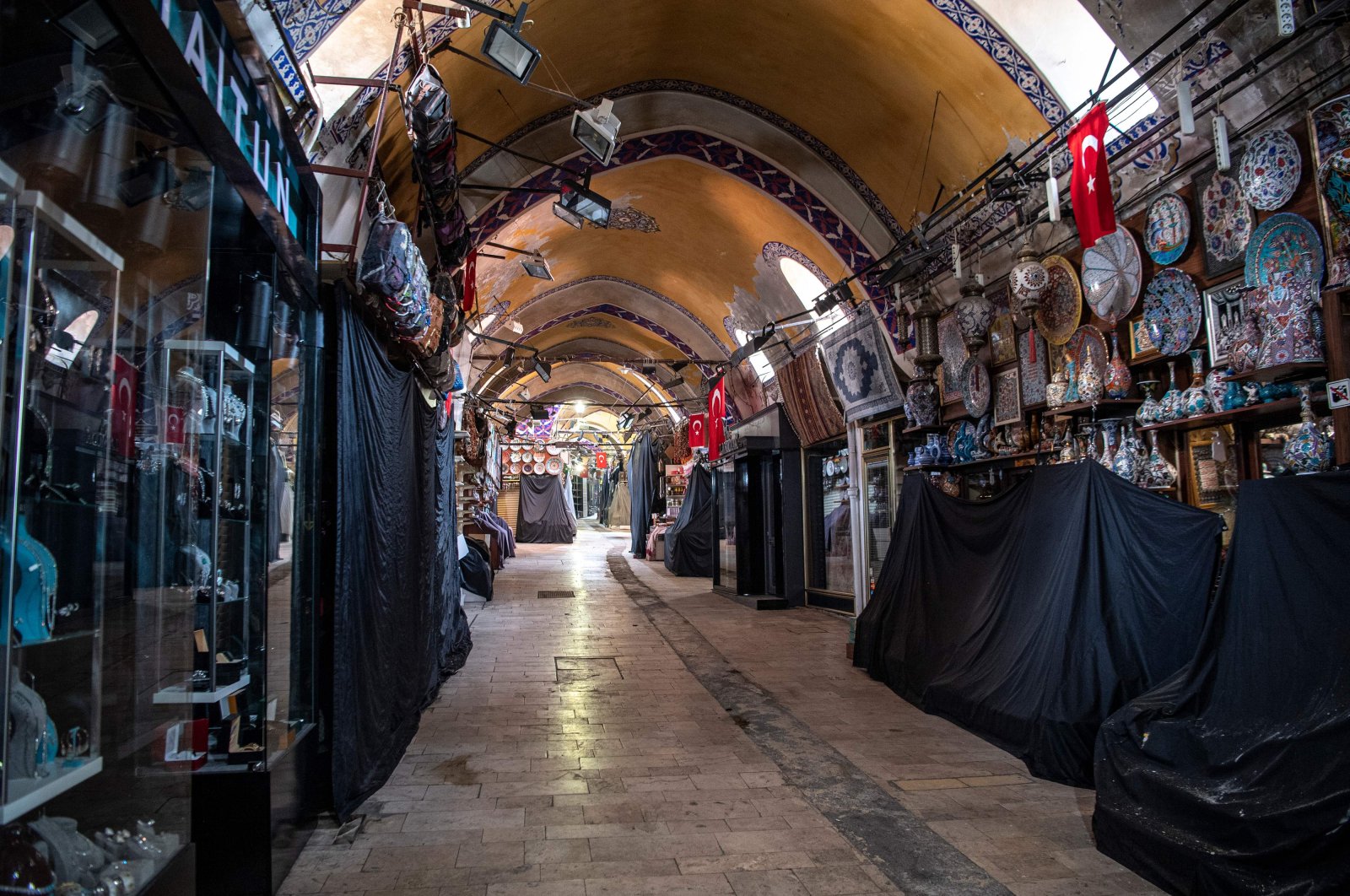 An eerie silence has fallen over Istanbul's Grand Bazaar, one of the world's oldest, largest and most visited markets, where a raucous mixture of languages, cultures and commerce has buzzed for centuries.

But there are now signs of life at the market as municipal workers roam its deserted alleys, spraying the floors, columns and walls ahead of the doors reopening Monday for the first time in two months.

The bazaar – home to almost 3,000 shops employing more than 30,000 people – was closed on March 23 as part of measures to stem the spread of the novel coronavirus, which has killed over 4,300 people in Turkey.

Officials say it has been the longest closure in the bazaar's more-than-550-year-long history, except for forced shutdowns following fires and earthquakes.

The market is usually visited by 150,000 people every day – and by 42 million last year – while traders shout out deals in dozens of languages to lure tourists into their stores.

Now all the stores are shuttered, except for about 20 stock exchange offices and jeweler's shops which have remained open for economic reasons, with only special customers received by appointment.

The bazaar has been disinfected every Wednesday during the shutdown, while janitors have cleaned every morning.

"God willing we will reopen our market in a healthy fashion on June 1," Fatih Kurtulmuş, chairman of the Grand Bazaar's board, told Agence France-Presse (AFP) in an interview.

"I have faith that our country will begin receiving tourists from mid-June by paying attention to hygiene rules," he said inside the historic market.

Kurtulmuş added that while not much activity is expected in the first weeks, "I believe tourists will fly to Istanbul by the end of June because they cannot do without ... the Grand Bazaar, Hagia Sophia and Blue Mosque."

The bazaar is located on Istanbul's historic peninsula, home to the Sultanahmet Mosque, also called the Blue Mosque, and the ancient church-turned-mosque-turned-museum Hagia Sophia.

'Heart of the economy'

The Grand Bazaar was built in 1455, two years after the Ottomans seized Istanbul – then known as Constantinople – from the Byzantines.

The market thrived, expanding rapidly with the rising Ottoman Empire, and by the 17th century it had taken on its current shape, giving the bazaar its Turkish name: Kapalıçarşı (covered market).

"Our Grand Bazaar – the heart of the economy, culture, history and tourism – has never been shut down except for natural disasters," Kurtulmuş said.

"We had to take a pause because of the COVID-19 that has shaken the world because we had to prioritize safety and health before the economy," he said.

After Turkey announced its first confirmed case in mid-March, health scans were carried out on the market's traders.

Seven were confirmed to have coronavirus, Kurtulmuş said, adding that they could have been infected by the many tourists in the packed confines of the market.

The bazaar will reopen under strict rules laid out by the Health Ministry, which include the mandatory use of face masks and a limit on the number of customers allowed inside.

Traders are worried as the bazaar is unlikely to see many tourists for some time, although Turkey is gradually easing its restrictions, including opening shopping malls.

"Tourism is the backbone of Grand Bazaar's economy. We will see when the tourists will come," said Ayhan Oğuz, a jeweler on the bazaar's main alley.

"2020 seems to be a year of economic losses for us. If business returns to normal, tourism opens and flights resume by September, I believe we will also return to normal," he said.

"My shop remains open but there's no customers, there's no business," he added.

Kurtulmuş pointed to all the history that the market has survived already.

"I have the confidence that the Grand Bazaar will get up a full head of steam and compensate for the economic loss by the end of the year," he said.