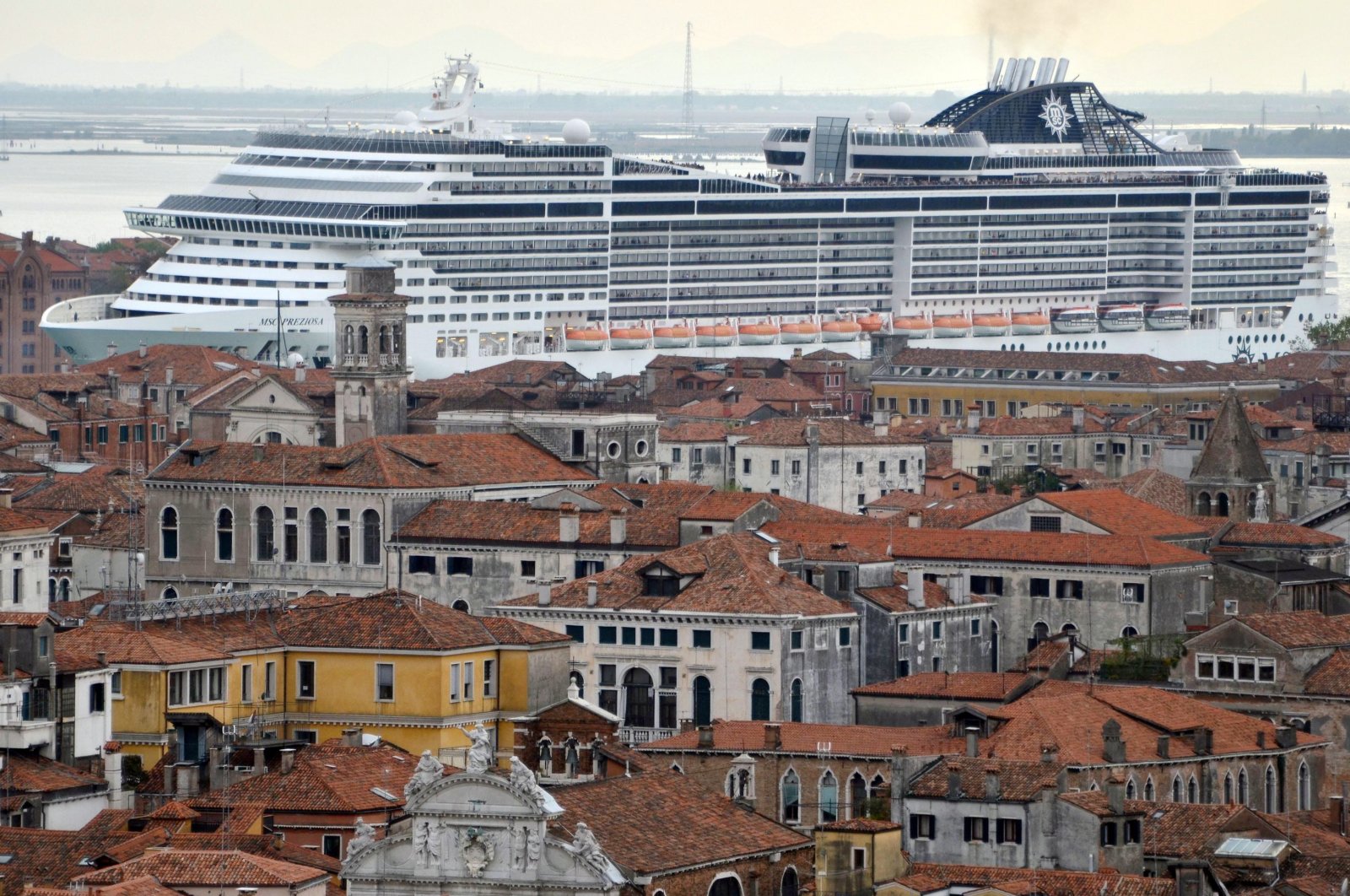 Activists opposed to cruise ships in Venice are seeking to meet with the Italian government to discuss the latest proposal planning to re-route big ships away from St. Mark’s Square, as activists fear it does not adequately address environmental concerns for the fragile Venetian lagoon.

The Italian Cabinet passed a decree this week calling for a public tender of ideas to create a new docking port "outside the protected waters of the lagoon.” Culture Minister Dario Franceschini said the decree addresses longstanding UNESCO concerns and establishes that cargo and cruise ships bigger than 40,000 tons must dock outside the lagoon.

While it is not articulated in the decree, the temporary plan would have big ships use the Marghera Port on the Italian mainland until a definitive solution is found and implemented – potentially a yearslong process.

"Whoever has been to Venice in recent years, either an Italian or foreigner, has been upset seeing these ships – hundreds of meters long and high as a condo – pass by such fragile places as the Giudecca Canal or in front of St. Mark’s Square,” Franceschini said. He called the decree a "very important” way to come up with a definitive new solution.

But the "No Big Ships Committee", a coalition of activists, said the Marghera Port is still part of the Venetian lagoon and therefore must be rejected even as a temporary solution.

The new route envisaged would take ships past the tail of the Lido and then hug the Italian mainland via the Oil Canal, away from Venice’s historic center but still into the lagoon and up to Marghera.

"It’s certainly a relief to hear the Italian government finally state its intention to keep large ships out of the lagoon as well as block them from coming close to Venice," said Jane da Mosto of the "We Are Here Venice" group, which is part of the No Big Ships coalition.

"But the interim ‘temporary’ plan to bring large cruise ships to Marghera will not protect the lagoon,” she said in an email. "This new route will still damage its fragile ecosystem, with inevitable negative knock-on effects." The issue has simmered in Venice for years.

The fragile Italian canal city depends on tourism, even though the coronavirus pandemic has dealt a blow to that industry in the last year.

But opponents of cruise ship tourism say the ships are out-of-scale for Venice, cause pollution, threaten the lagoon’s ecosystem and are dangerous.

To back up their claims, they cite the 2019 crash of a cruise ship on Venice's main Giudecca Canal that injured five people.

The No Big Ships Committee said it was seeking a meeting with the government to argue that the Oil Canal route to Marghera "is not workable.”

"Any temporary solution has to be rejected because the risk is too high that it becomes definitive,” the group tweeted.