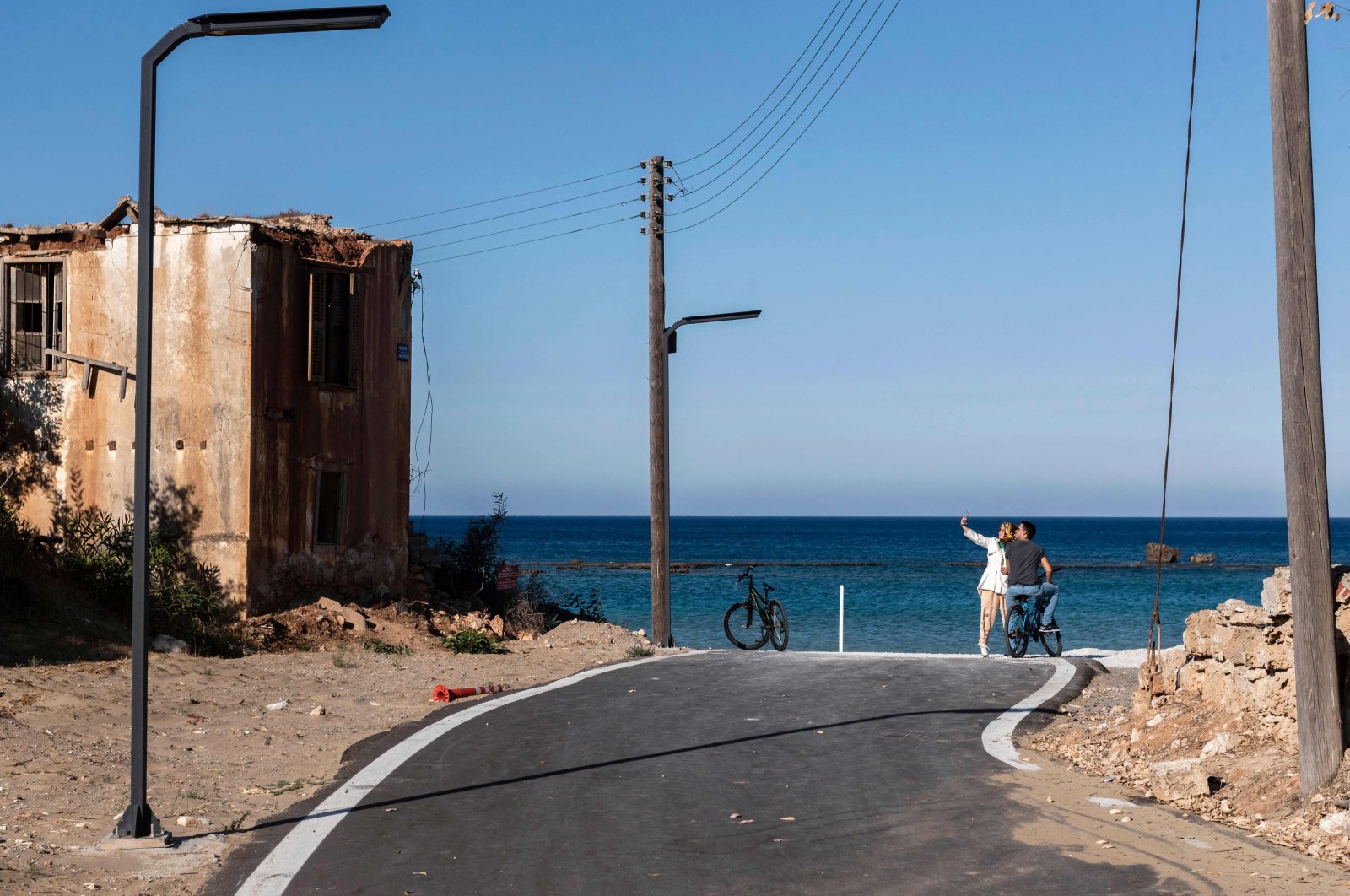 Tourists take selfies at the seaside in the fenced-off area of Varosha in Famagusta town in the Turkish Republic of Northern Cyprus (TRNC) of the divided Mediterranean island of Cyprus, June 19, 2021 (AFP Photo)
by Anadolu Agency Jul 14, 2021 10:43 am
RECOMMENDED

Nearly 200,000 guests have already visited the town of Maraş (Varosha), in the northern part of Cyprus, which was partially reopened to the public in 2020 after 47 years, the country's president said Tuesday.

Turkish Republic of Northern Cyprus (TRNC) President Ersin Tatar told reporters in Turkey's Mersin province that the reopening of Varosha brought innovation and expansion to the city of Gazimağusa (Famagusta).

Varosha is located in the southern part of the city.

Tatar said the economic and tourism potential of the town would benefit the country.

Partially opened on Oct. 8, 2020 after remaining a "ghost town" for decades in the wake of Turkey's 1974 peace operation on the island in response to a coup aimed at Cyprus's annexation by Greece, Varosha has attracted both people living in the TRNC as well as foreign tourists, with the environment and landscape around the town also boosting its appeal.

Regarding the Eastern Mediterranean, Tatar said they have taken steps toward the development and strengthening of the TRNC.

He added that they act together with Turkey on their rights in the region.

"Turkey is both our homeland, our guarantor country, and the largest and most powerful country in this region," he said.

"Our dominance in the Eastern Mediterranean will strengthen both Turkey and the TRNC," he added.

The island of Cyprus has been divided since 1974, when a Greek Cypriot coup aimed at Greece's annexation of the island was followed by violence against the island's Turks and Ankara's intervention as a guarantor power.