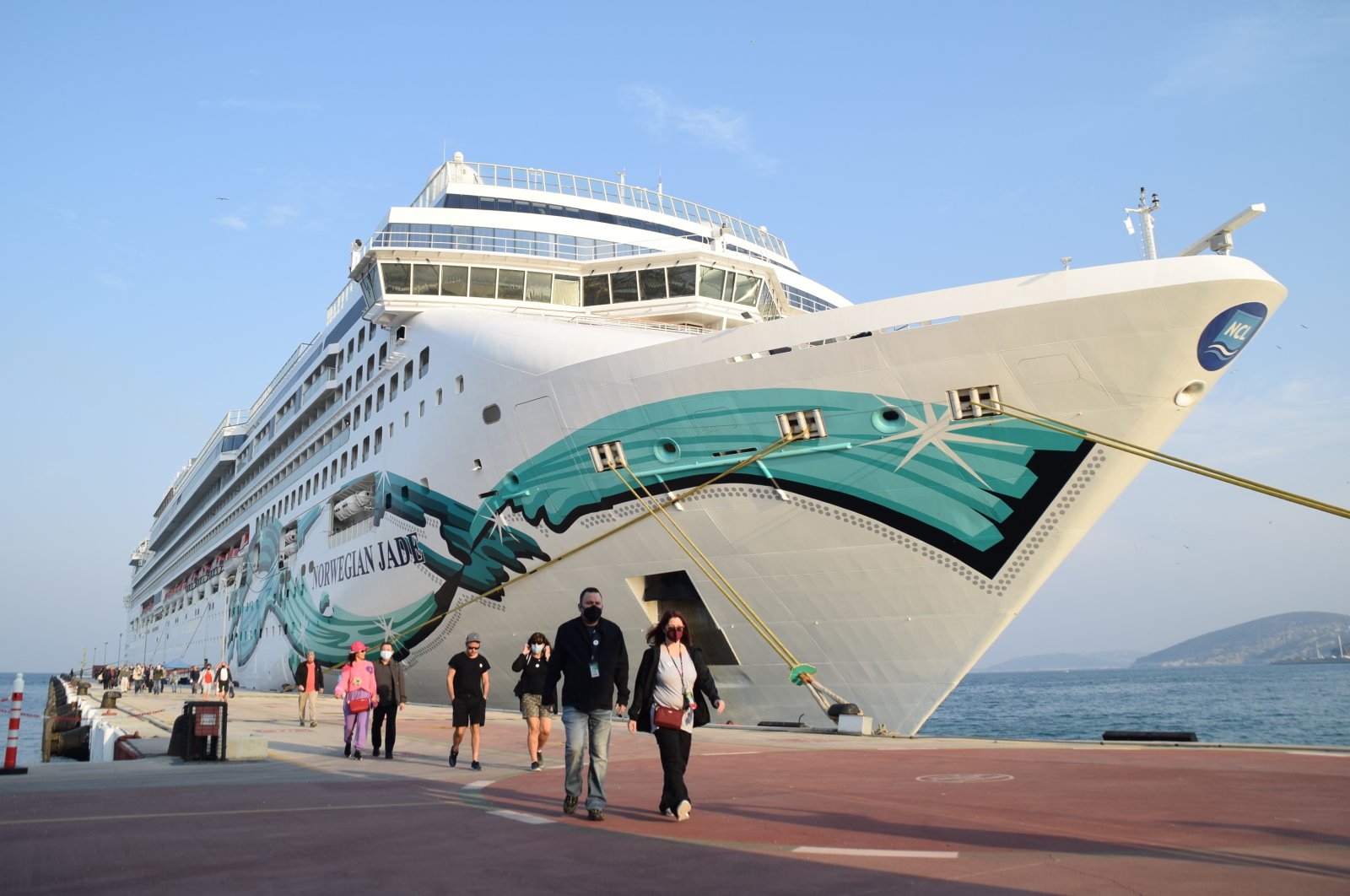 Kuşadası could have one of its best years ever in 2022, given the number of cruise ships said to have made bookings to anchor at Turkey’s Aegean resort town.

Ege Port, which hosts the highest number of cruisers annually, has seen dockings gain pace as of late, ushering in long-awaited mobility for tourism as the industry claws back from the impact of the COVID-19 pandemic.

Given the numbers, next year could see a total rebound as bookings have already been made for some 650 cruise ships – with the potential to bring in at least 750,000 tourists – according to Global Ports Holding Eastern Mediterranean Regional Director and Kuşadası Ege Port General Manager Aziz Güngör.

Locals in Kuşadası, the main tourist hotspot in the western Turkish province of Aydın, had much to celebrate after welcoming the first luxury liner in September after a 16-month pause due to pandemic restrictions.

Some 13 more giant vessels are projected to arrive this month and in December, months that are generally seen as low season.

Serving as a crucial source of income for local businesses, visitors are usually taken to visit the historic settlement of Ephesus and Meryemana House (House of the Virgin Mary) in Selçuk, a western Turkish city where the assumption, or bodily ascent, of the Virgin Mary to heaven is believed to have taken place.

“It makes an important contribution to the economy of Kuşadası. November and December months are normally calmer. They are generally marked by fewer ships, but with the peak demand, Kuşadası is spending these last three months of the year with very heavy ship traffic.”

Stressing the severe impact that pandemic had on local tradespeople and businesses, Güngör said the recent mobility created a “festive mood in the bazaar.”

“It will also have a very good effect in 2022. The economy of Kuşadası depends significantly on cruise tourism. Therefore, everyone is excitedly waiting for 2022 to pass in a good way. It will be a year of recovery around the world. In this sense, Turkey will be one of the strongest recovering countries,” he noted.

“Looking at the current figures, there are bookings for 650 ships with 750,000 passengers. This is the highest number of passengers in Kuşadası’s cruises history. We are waiting for these to arrive as long as there are no major setbacks. Therefore, it looks like a very good season for us in 2022.”

Zeki Çalışır, a local tradesperson, was also happy to have the luxury liners back after an almost two-year break.

“The cruise port is a very important source of trade in Kuşadası. The arrival of cruise ships and passengers is a must for us. I believe that we will have a good season next year,” Çalışır said.

Another tradesperson, Murat Taşın, says they didn't lose hope despite all the troubles.

“I hope it will be okay from now on. Ships arriving this year are also a reference for the next year. A ship customer means a lot for shopkeepers,” Taşın noted.