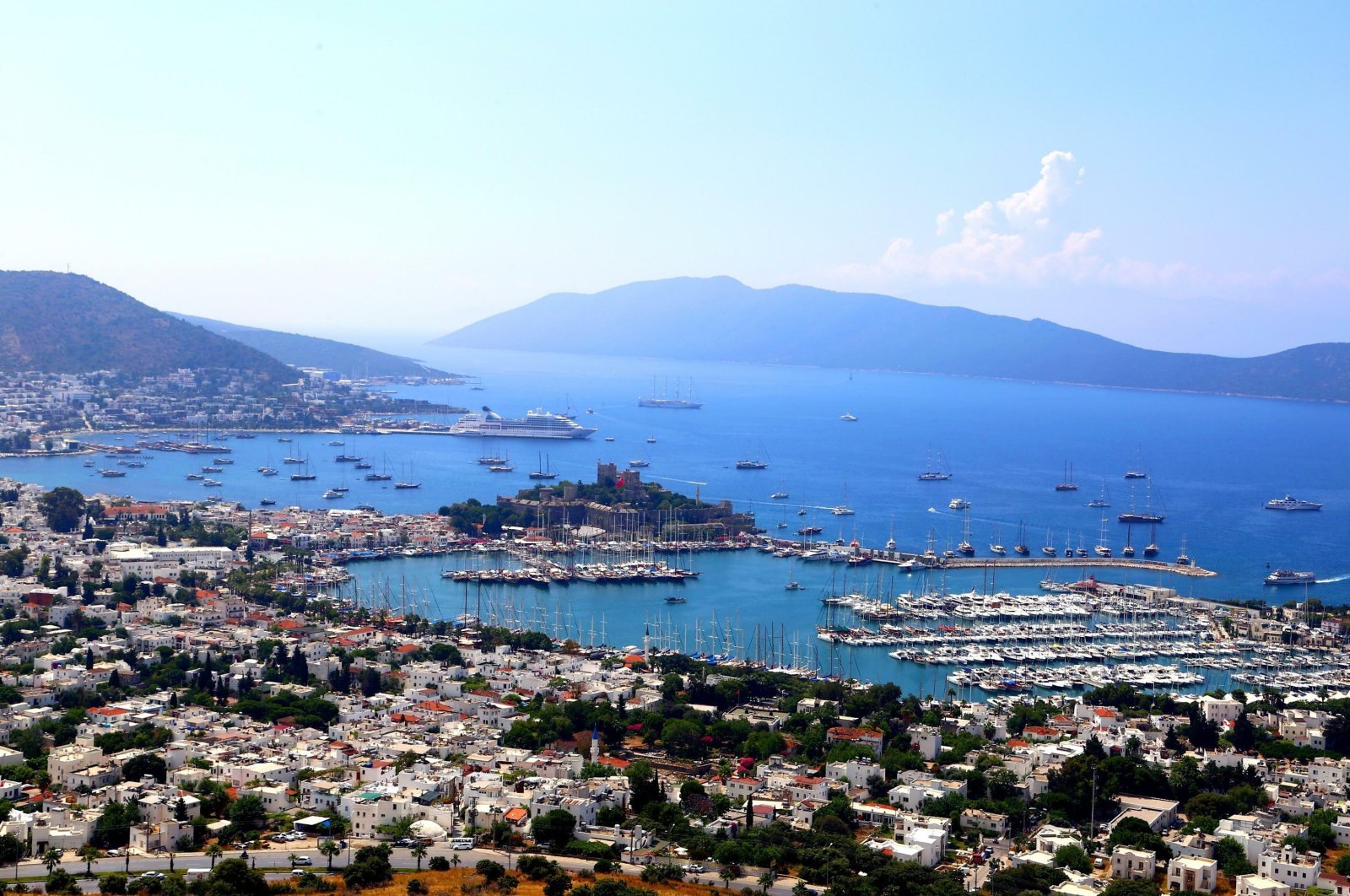 In what would mark a rebound that would exceed even pre-COVID-19 levels, the renowned Turkish resort town of Bodrum hopes to attract around 1.5 million foreign tourists this year, its mayor said.

Located on the Aegean coast of Muğla province, the city hosted 1.3 million foreigners, before arrivals more than halved to just 530,000 in 2020 in the middle of the outbreak.

Noting the pandemic-induced losses in tourism over the past two years, Mayor Ahmet Aras said Bodrum’s population had almost tripled during this time, with summer cottagers spending the entire year there.

Bodrum, like the rest of the world, suffered from a severe loss of foreign tourists, Aras told Anadolu Agency (AA), adding that life had started to return to normal in many places as restrictions continue to be lifted.

He said that all tourism destinations have started recovering and that Bodrum made a good start to 2022.

Cruise ships that have been absent from the town for two years, will reach 150 in 2022, he said, noting that these ships are expected to bring 206,000 foreign tourists to Bodrum.

Ferry services from the Greek islands have started and direct flights are in increasing demand, he said.

“In other words, the number of tourists coming by sea and air will exceed that of 2019. We’re going to host more than 1.5 million foreign tourists this year.”

While many tourism hotspots are working to reach their 2019 figures in 2023, Bodrum will exceed these figures this year, he underlined, becoming the leading tourist destination in the Mediterranean.

Half of the foreign tourists that the town received last year were from Russia and Ukraine, he said, though their numbers may drop this year due to the war.

“However, we see a remarkable increase in interest when we look at other countries and markets, especially from the U.K., Germany, Israel, the Netherlands, Poland, and the Gulf countries,” he added.

Aras emphasized that Bodrum’s airport gets direct flights from 86 points across 35 countries, with 49 different airlines bringing in passengers.

By the end of this summer, new direct flights from Albania, Kuwait, Qatar, Dubai, and Russia will start, he noted.