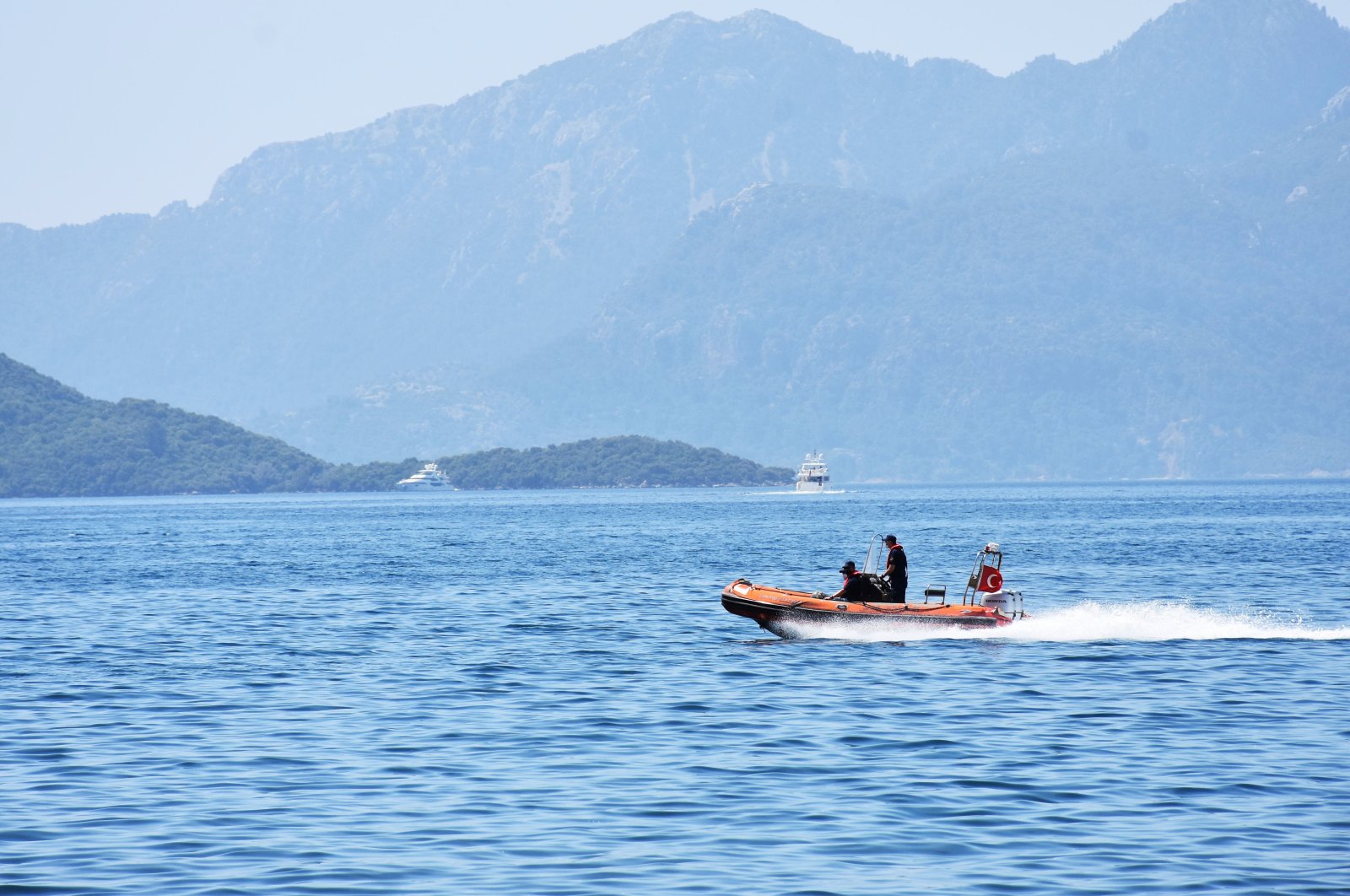 The Turkish coast guard patrols the touristic Marmaris district during the "full closure," excluding tourists, imposed to curb the spread of COVID-19, Muğla, southwestern Turkey, May 3, 2021. (AA Photo)
by DAILY SABAH WITH AA May 06, 2021 1:24 pm
RECOMMENDED

Turkey hopes to welcome a Russian delegation to the country so that they can see first hand the measures implemented for the healthy functioning of tourism and to protect vacationers from the COVID-19 outbreak, Deputy Culture and Tourism Minister Nadir Alpaslan said Thursday.

Alpaslan told Anadolu Agency (AA) that last week a Ukrainian delegation visiting Turkey found the Safe Tourism Certificate Program successful. "We also have such a project for Russia,” Alpaslan said, adding that it may be possible to receive the Russian delegation in the coming weeks.

Tourist arrivals in Turkey continue, albeit a trickle for now, Alpaslan said noting that currently Russian tourists are restricted regarding traveling to Turkey, while restrictions continue in European countries, as well.

“However, we have visitors from Eastern Europe, the Middle East and some other countries in very limited numbers,” he added.

The Culture and Tourism Ministry, which had hosted foreign ambassadors and tourism professionals and journalists from Germany and showcased the Safe Tourism Certificate Program applications on-site, most recently hosted a delegation headed by Oleksandr Tkachenko, the Minister of Culture and Information Policy of Ukraine.

Emphasizing that the delegation left Turkey with great satisfaction, Alpaslan stated that Ukraine is one of the important markets for Turkey.

He pointed out that currently the importance of each market has been boosted, especially in the period when Russia imposes restrictions on flights.

Alpaslan emphasized that the certificate program in Turkey won the appreciation of not only Ukraine but also the world.

Moscow said earlier it was suspending most air travel with Turkey, a popular destination for millions of Russian tourists, from April 15 to June 1, citing rising coronavirus infections. Industry representatives have since requested the flight restriction decision to be revised, suggesting the move would also affect the tourists.

Meanwhile, the Russian Association of Tour Operators (ATOR) head said previously that Russians remained committed to their plans for holidays in Turkey's resort cities despite the flight restrictions.

Even though their plans for April and May have been canceled, most of the tourists have not changed their destinations and are waiting for other dates to go to Turkey, ATOR Chairperson Maya Lomidze was cited by Anadolu Agency (AA). The association earlier said around 530,000 Russians had booked tours to Turkey. It added that the tourism industry could take a hit of more than $422 million (around TL 3.42 billion).