Many caught off guard as Russia suspends most Turkey air travel 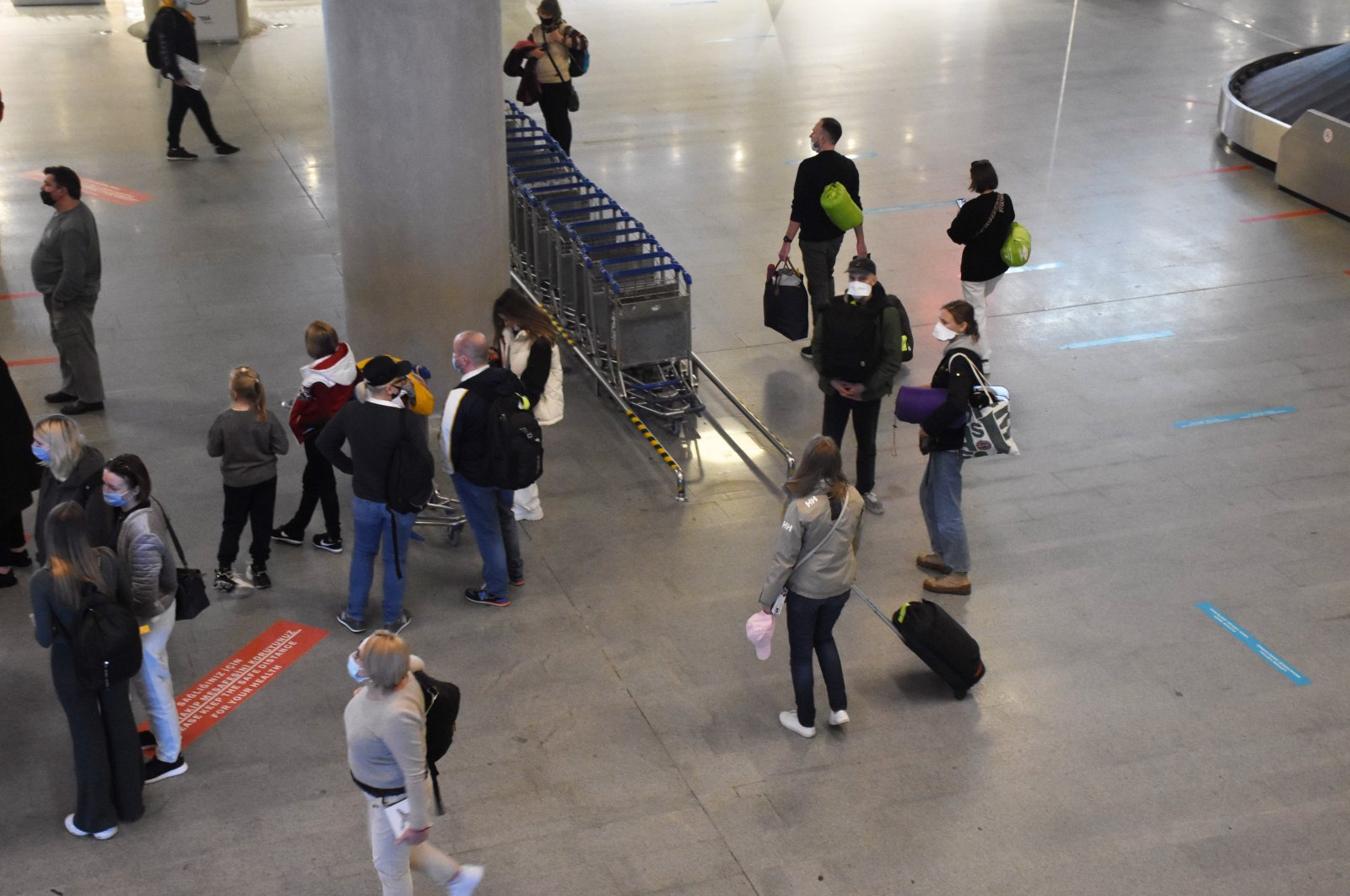 Moscow has said it was suspending most air travel with Turkey, a popular destination for millions of Russian tourists, citing rising coronavirus infections in a move that comes amid growing political tensions over Ankara’s support for Ukraine.

Yet, two flights per week will continue between Moscow and Istanbul, Golikova told a televised briefing.

The move caught many Russian tourist hopefuls off guard who were planning to spend their holiday in their favorite destination, including those that have already booked their vacation.

“We had arranged our vacation a long time ago, and we had many plans,” said Simon Antonov, a lawyer who was due to arrive in the southern resort province of Antalya with his family by the end of April.

“A holiday in Turkey was one of our very few options. We are really disappointed,” Antonov told Anadolu Agency (AA). “Now we are not sure if we can a refund for the payment we made for the holiday.”

Social media expert Yekaterina Smirnova had also booked a flight and was due to arrive in Turkey on a holiday in May.

“We wanted to rest as a family,” Smirnova said. “Turkey was the best option for a holiday considering the current situation in Europe,” she noted.

“Who is going to pay for our losses now?”

The decision to drastically cut the number of flights to Turkey, which is heavily reliant on revenue from tourism, was announced two days after Turkish President Recep Tayyip Erdoğan met with Ukrainian President Volodymyr Zelenskiy in Istanbul.

Golikova did not mention politics in the decision to restrict flights and did not elaborate on the meeting.

She said the number of COVID-19 cases in Turkey had been rising. Russia will also suspend flights to Tanzania from April 15 to June 1, she added.

A total of 80% of COVID-19 cases identified in Russians returning from abroad were in people who came from Turkey, public health chief Anna Popova was cited as saying at the same briefing.

Turkey’s daily coronavirus cases have soared above 50,000, and the government is likely to order a tightening of restrictions this week ahead of the start of the tourism season.

“When they see the measures and practices in areas with heavy tourism, they will take a different approach,” Koca noted.

In the latest sign of worsening relations between Russia and Turkey, Russian Foreign Minister Sergei Lavrov Tuesday said Turkey and other “responsible” nations should not feed what he described as “belligerent sentiment” in Ukraine.

The warning comes against a background of Turkey delivering combat drones, for which Ukraine had signed a contract in 2019. Half a dozen have already been delivered.

Lavrov's remarks followed a news conference on Saturday in which Erdoğan, alongside Zelenskiy, expressed his readiness to support a peaceful resolution to the conflict between the two countries amid massive Russian troop buildup near its border with Ukraine.

Russia is the key source of tourism for Turkey. Around 2.1 million Russians arrived in the country last year despite the pandemic.

IT expert Vladislav Mironov was planning to go to Turkey with his wife on April 20, yet they have been caught unprepared.

“We do not have the option to have a holiday in Russia. Everywhere here is very expensive,” Mironov said, even suggesting that hotels started to hike their prices following the move.

“Now we do not know how we will take a vacation. Our time will be lost.”