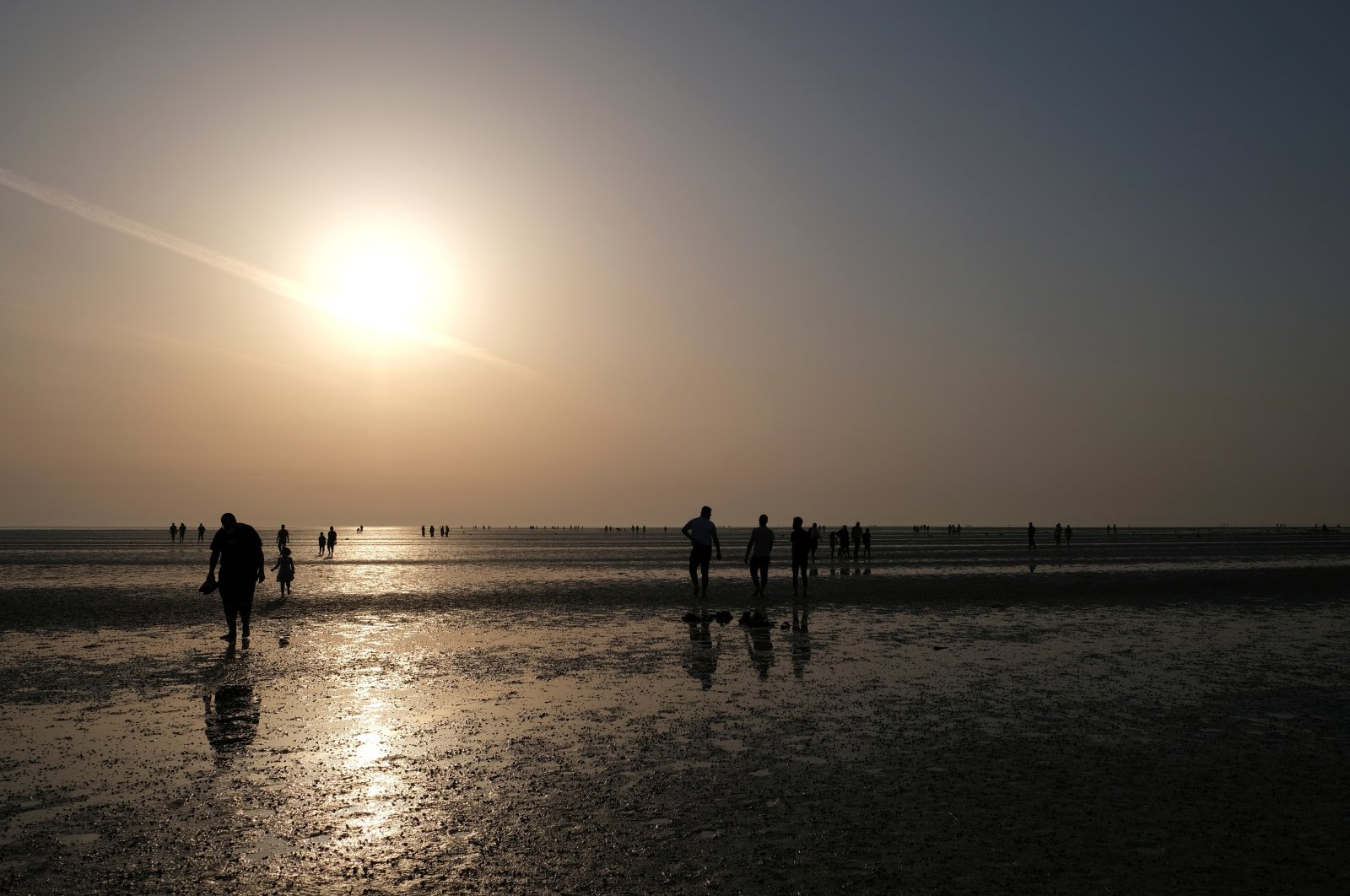 Residents enjoy the sunrise after starting their fast during the holy month of Ramadan at Ramlet al-Baida beach on Tarout Island, Saudi Arabia, April 23, 2021. (Reuters Photo)
by REUTERS Apr 27, 2021 11:46 am
RECOMMENDED

The hotels form part of a new high-end tourism development across islands, deserts and mountains near the country's west coast, powered by renewable energy. It will include an airport and housing as well as businesses, shops and leisure facilities.

"It's a green finance, which is the first of its kind in a Saudi riyal-denominated loan facility, so we're very proud of that fact. It also helps the banks with their own ESG (environmental, social and governance) credentials," he said.

It has an interest rate of roughly 1% over the Saudi Arabian Interbank Offered Rate.

The project, fully owned by the sovereign Public Investment Fund, is key to Saudi Arabia's Vision 2030, an economic transformation plan aimed at diversifying the economy away from oil.

The kingdom wants tourism to contribute 10% of gross domestic product (GDP) by 2030. The renewable energy for the project will be provided via a public-private partnership with a consortium led by ACWA Power.

The loan finances its first phase, with the 16 hotels due to be ready by the end of 2023, 14 of them on islands in an archipelago and two mainland hotels – one in the desert and one in the mountains.

By the end of next year, three hotels will open and the Red Sea International Airport will begin operating.

TRSDC first approached banks in 2019 about the loan for the first phase, which is worth roughly 30 billion riyals.

The company has entered into about a dozen letters of intent with hotel brands about management agreements and will announce in the next few months "the stable of brands that will be coming," Pagano said, which will mostly be luxury brands.

The CEO said he continued to expect 300,000 tourists a year in the first phase and said he was optimistic global travel will rebound strongly.