Spain to open doors for tourists this summer 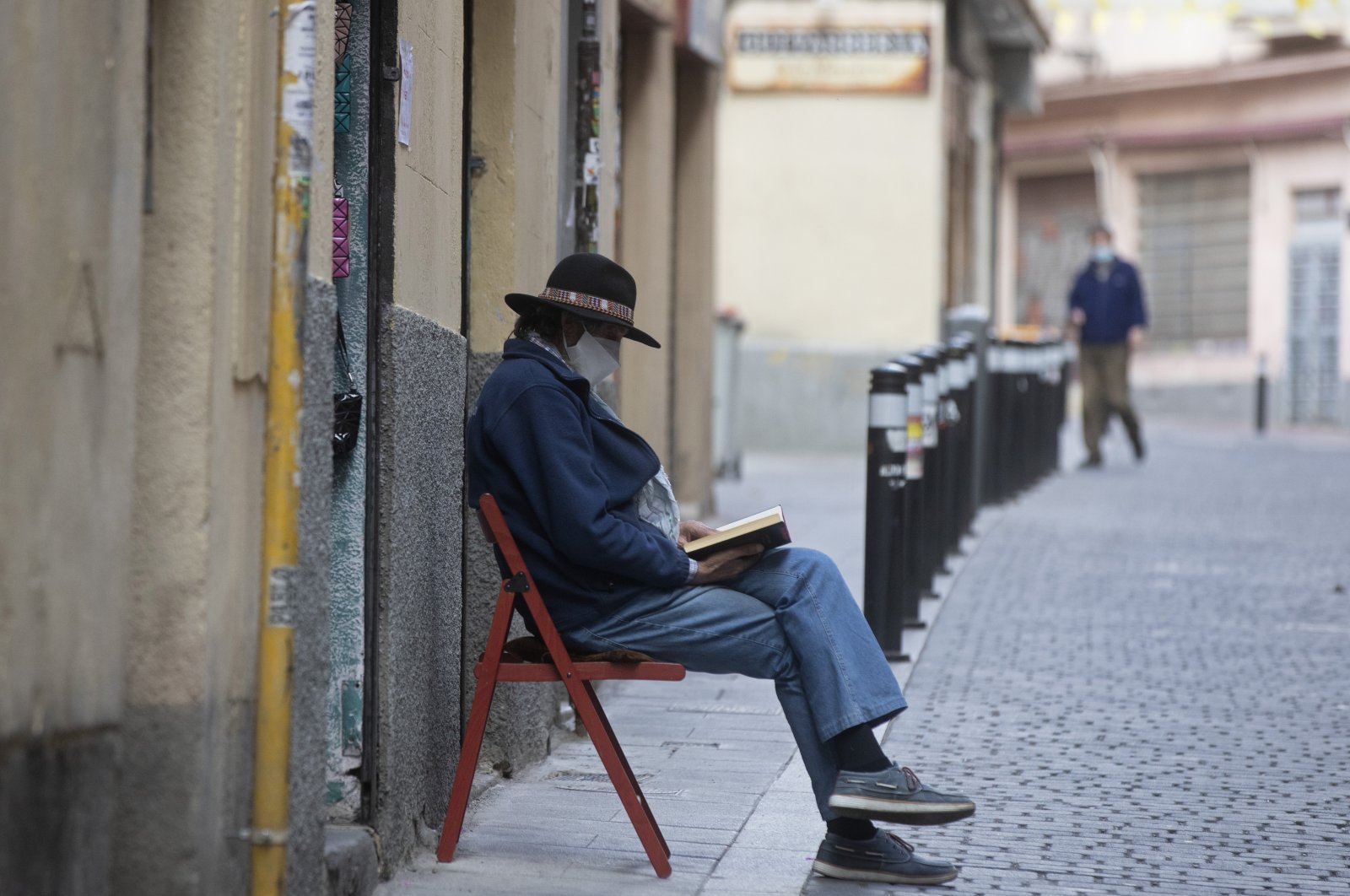 A man wearing a face mask to protect against coronavirus sits and waits for customers outside a small shop while reading a book, Madrid, Spain, May 16, 2020. (AP Photo)
by Anadolu Agency May 20, 2020 3:28 pm
RECOMMENDED

Spain expects to open its tourism sector to international visitors this summer, the country's transport minister has said.

Earlier this month, Spain announced a mandatory 14-day quarantine for anyone entering the country, which will be lifted once nationwide coronavirus restrictions end.

Jose Abalos said that could be as early as late June. But it will likely depend on the progress of regions still struggling with the coronavirus like Madrid and Barcelona, which are lagging weeks behind other parts of the country in terms of reopening.

"We couldn't say someone from Madrid couldn't go to their holiday home in Valencia, but a foreigner could. As soon as Spaniards can travel to other provinces, foreigners will be allowed to," he said in an interview with Spain's public broadcaster TVE this week.

Abalos said a group of experts are currently devising a plan to create "healthy tourist experiences."

As of Thursday, masks will become mandatory throughout Spain in public spaces.

Abalos explained that Spain's Balearic and Canary Islands, where the spread of the virus has been less aggressive, could be marketed as especially appealing destinations.

"Spain has to be attractive in terms of health, otherwise people won't want to come," he said on TVE.

Yet, in Spain, where the tourism sector makes up around 12% of total gross domestic product (GDP), local governments are asking for the central government to stimulate domestic tourism, as uncertainty remains concerning when foreign visitors will finally be allowed to come, and if they will be interested.

A survey conducted by Ernst & Young found that half of Spaniards have given up hope of traveling for holidays at all this summer, while 41% of Spaniards said they will opt for national destinations. Just 9% expect to travel abroad.

According to La Vanguardia, local officials from the popular tourist destinations of Andalusia, the Balearic Islands and Catalonia are advocating for a "holiday bonus" similar to what was passed in Italy. In Italy's scheme, each family gets 500 euros ($547) to spend on domestic tourism.

Still, much of the country's tourism sector is bracing for one of the worst summer tourism seasons ever. According to calculations by the tourism association Exceltur, Spain's tourism sector could lose 55 billion euros ($60 billion) in 2020 due to the global pandemic.