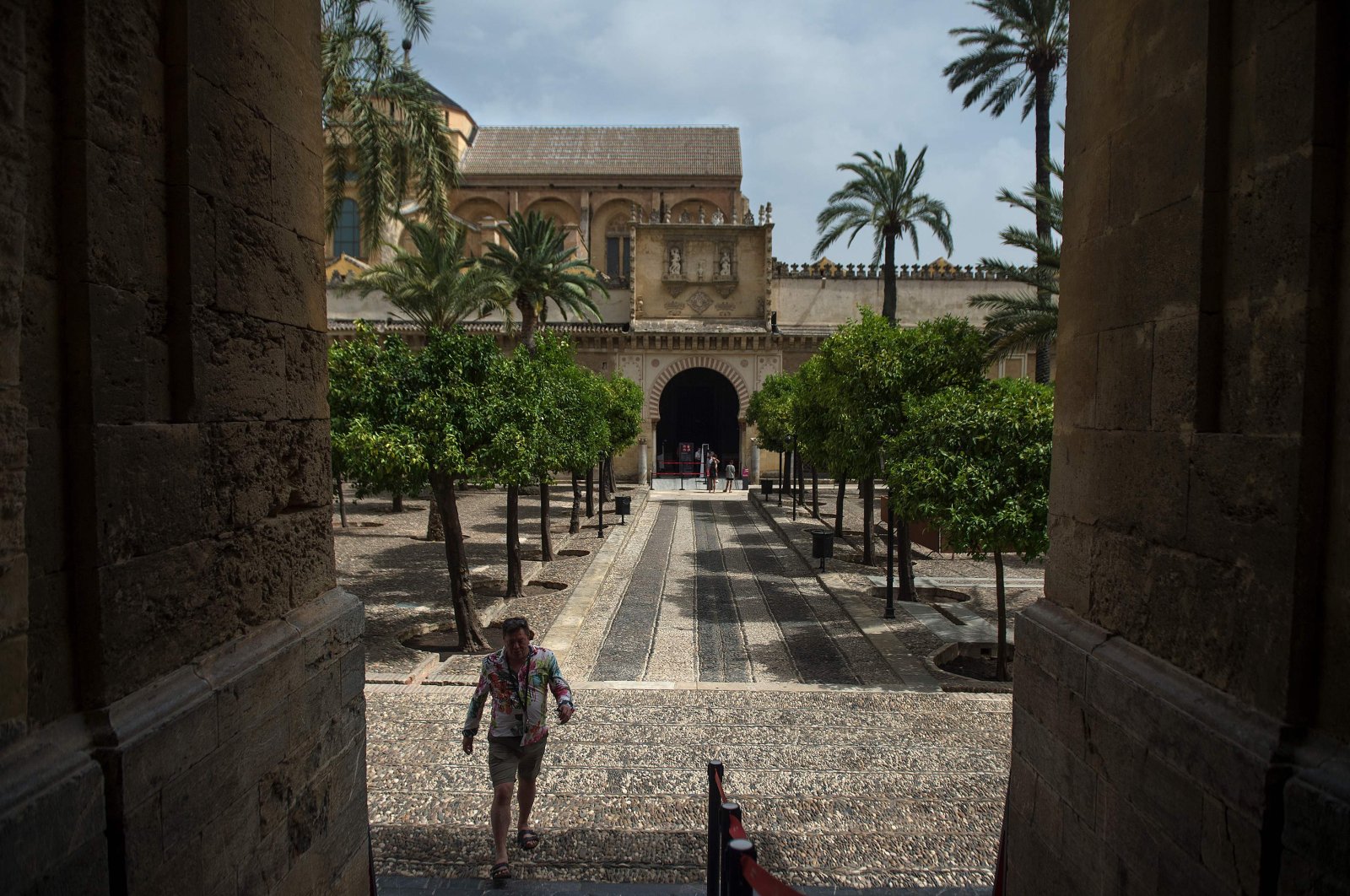 The Santos Bar, across from Cordoba's celebrated mosque, would normally be groaning with tourists tucking into its trademark Spanish tortillas.

But with the coronavirus pandemic, "everything's dead," the owner says.

The Mezquita, an eighth-century mosque later turned into a cathedral, is the most visited site in the Andalusian town in southern Spain.

But since it reopened at the end of May, only 16,000 people have set foot in the UNESCO World Heritage site considered one of the most accomplished works of Moorish architecture – the number of visitors it would normally receive in a week.

"It will take months to make that up," said church spokesman Jose Juan Jimenez Gueto, although money set aside in previous years means staff have been kept busy with restoration projects.

Nearby restaurants, hotels and shops are not so lucky, and many are closed.

At the Santos Bar, only owner Jesus Maldonado is working.

Business is "a quarter of normal," he said. His 10 employees are all on a state-backed furlough scheme.

The plunge in tourism, a sector that accounts for 12% of Spain's economy, will be felt like a body blow.

While the country's beaches are its biggest draw, cities in the interior like Cordoba also attract tourists with their cultural sites.

And it's places like Grenada, Toledo, and Segovia that are bearing the brunt, according to Spain's national hotel association, with revenue drops greater than 50% for restaurants and bars in their historic city centers.

In Andalusia, hotel occupancy is at an average of just 25%, a good 10 percentage points lower than in establishments along the coast, said Francisco de la Torre, head of the region's hotel association.

He worries that Andalusian eateries will eventually have to shed up to a third of their staff.

In Spain, the world's No. 2 tourist destination behind France, spending by foreign tourists plunged by 62% in the first five months of the year compared with the same period in 2019.

In Ronda, the mountaintop city perched above a gorge known for its stone bridge, Maria Lara Galindo has worked as a guide for Asian tourists for the past decade.

"For those serving Spanish tourists there is now some activity, but Asian tourists – nothing," she said.

While Japanese and South Korean tourists may now visit the European Union again, Galindo doesn't expect them to return before next summer and thinks they will be more likely to travel individually than in groups.

Galindo is one of half a million independent workers in Spain's tourism industry, whose federation fears that up to 100,000 people could lose their jobs.

In Seville, foreign tourists are nearly nonexistent, and even Spanish tourists few and far between.

Jordi Reines, who works as a nurse in Barcelona, canceled a trip to Portugal to spend his time off in Andalusia.

Jose Romero, who owns a stand selling drinks and ice cream alongside the city's central Spain Square, said sales are just a tenth of what they were last year.

"This year is a washout, people aren't confident enough to travel," he said.

The dozen souvenir shops near him are still shuttered.

"Uncertainty and fear are slowing everything down," said Isabel Diaz, who is reopening her family's fan shop after a four-month closure – something they were not even forced to do during Spain's civil war in 1936-1939.

Reports of new outbreaks are keeping people from going out, added Celia Ferrero, vice president of the Association of Independent Workers.

"Spending is still under shock from the coronavirus, and it will stay that way until there is a solution," she said.