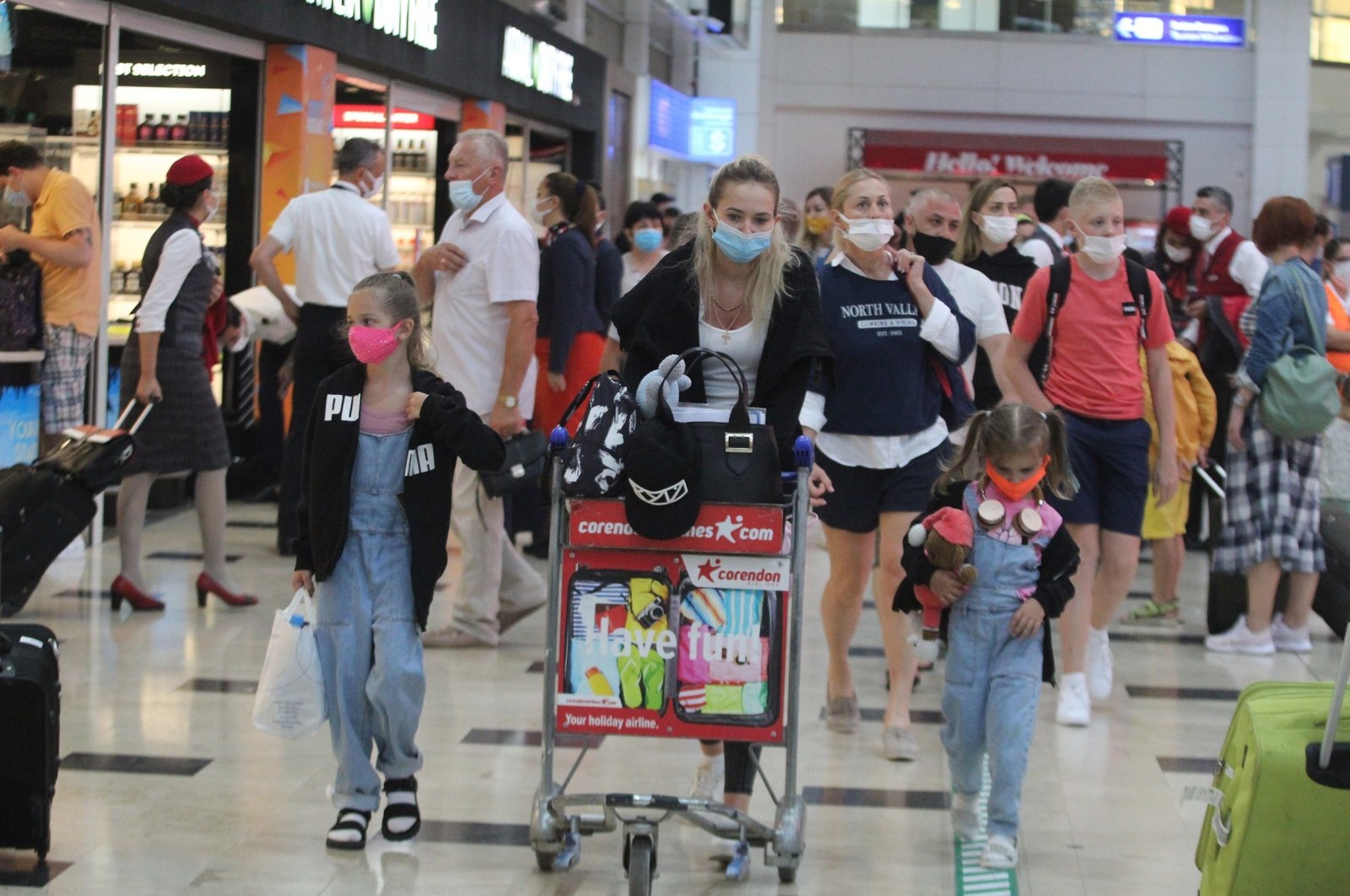 The summer season has brought a wave of foreign tourists to Turkey’s Mediterranean resort city of Antalya, driven by the gradual lifting of travel restrictions.

More than 721,000 tourists came in June alone, while travel restrictions allowed for only around 747,000 foreigners to arrive in the five months before that.

Ukrainian tourists led the way among visitors landing in Antalya in the first half of the year with 417,493, followed by Russia with 406,562 and Germany with 198,835, the data showed.

Planes that have been arriving in the southern province since June 22, when Russia lifted its two-month suspension in flights, were reported to have brought in more than 110,000 Russians in a course of just one week.

Around 2.13 million Russians visited Turkey last year, the highest level of any country that year but down from 7 million in 2019.