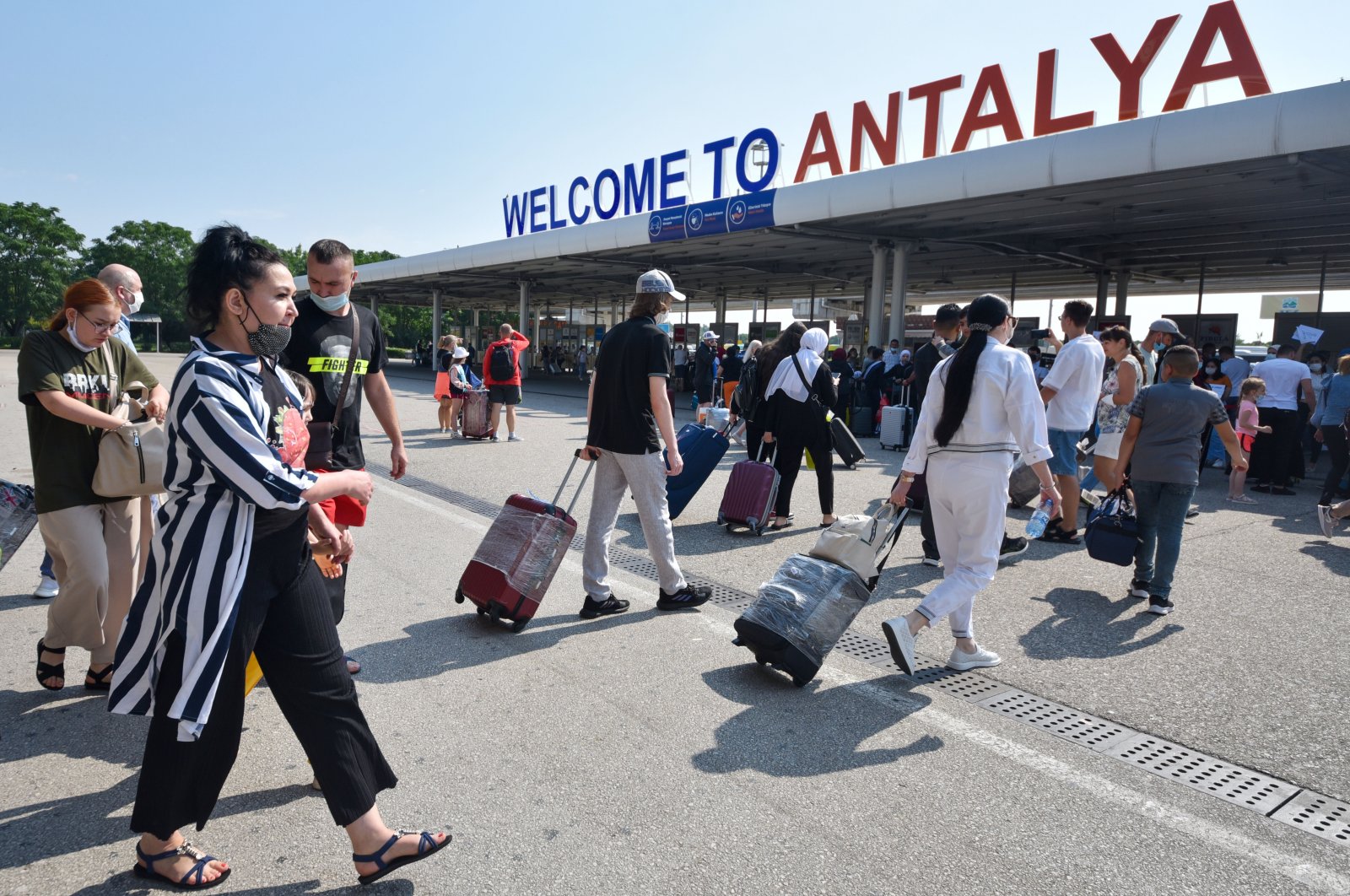 Moscow’s lifting of a Turkish flight ban has prompted a wave of Russian tourists arriving in the country, particularly in the Mediterranean resort city Antalya.

Planes that have been arriving in Antalya since last week, when Russia lifted its two-month suspension in flights over surge in coronavirus cases in April, have brought in more than 110,000 Russians over the recent week alone.

The air traffic has particularly intensified with the start of flights from Russia, Varol told Anadolu Agency (AA) Wednesday.

He said 389 planes from 20 locations in Russia landed in Antalya over the last eight days, stressing that around 15,000 Russian tourists have been arriving on average per day.

Varol said the figures again put forward the importance of the Russian market for Turkey as well as Russian tourists' love for Antalya as their favorite holiday spot.

Some 571,000 tourists from Russia arrived in Turkey from January through May, accounting for 15.5% of all arrivals in the period, according to Culture and Tourism Ministry data.

Around 2.13 million Russians visited Turkey last year, the highest level of any country but down from 7 million in 2019.

Apart from Russia, Varol stated that Antalya has been receiving flights from 25 countries.

He also emphasized the nation’s safe tourism certificate program implemented at airports and accommodation facilities has been appreciated by domestic and foreign guests.

The tourism community in Turkey has done a lot of work during the pandemic, Varol said, emphasizing that the sector is taking effective measures to offer a healthy, safe and enjoyable holiday that gives confidence to their guests.

He said that the Antalya province is the tourism capital of not only Turkey but the wider geography, including the Mediterranean and Europe.

Its main competitors are Spanish cities in Europe, Varol said but stressed the figures show that Antalya has managed to take the lead.

He outlined that during the pandemic period full of travel restrictions positive decisions by countries such as Russia and Germany, with the decrease in cases and measures, have further contributed to the city’s tourism.

“We receive information from our colleagues in Germany that the highest number of searches on the internet is about holiday destinations in Turkey,” he said.

Noting that talks on resuming travel with alternative destinations are continuing as well, Varol said a good season is expected this year.

“The continuation of the decrease in the number of cases, the speedy vaccination, the opening of flights abroad are very important for the travel industry,” he said.

“This year, it is possible to reach figures very close to 2019.”