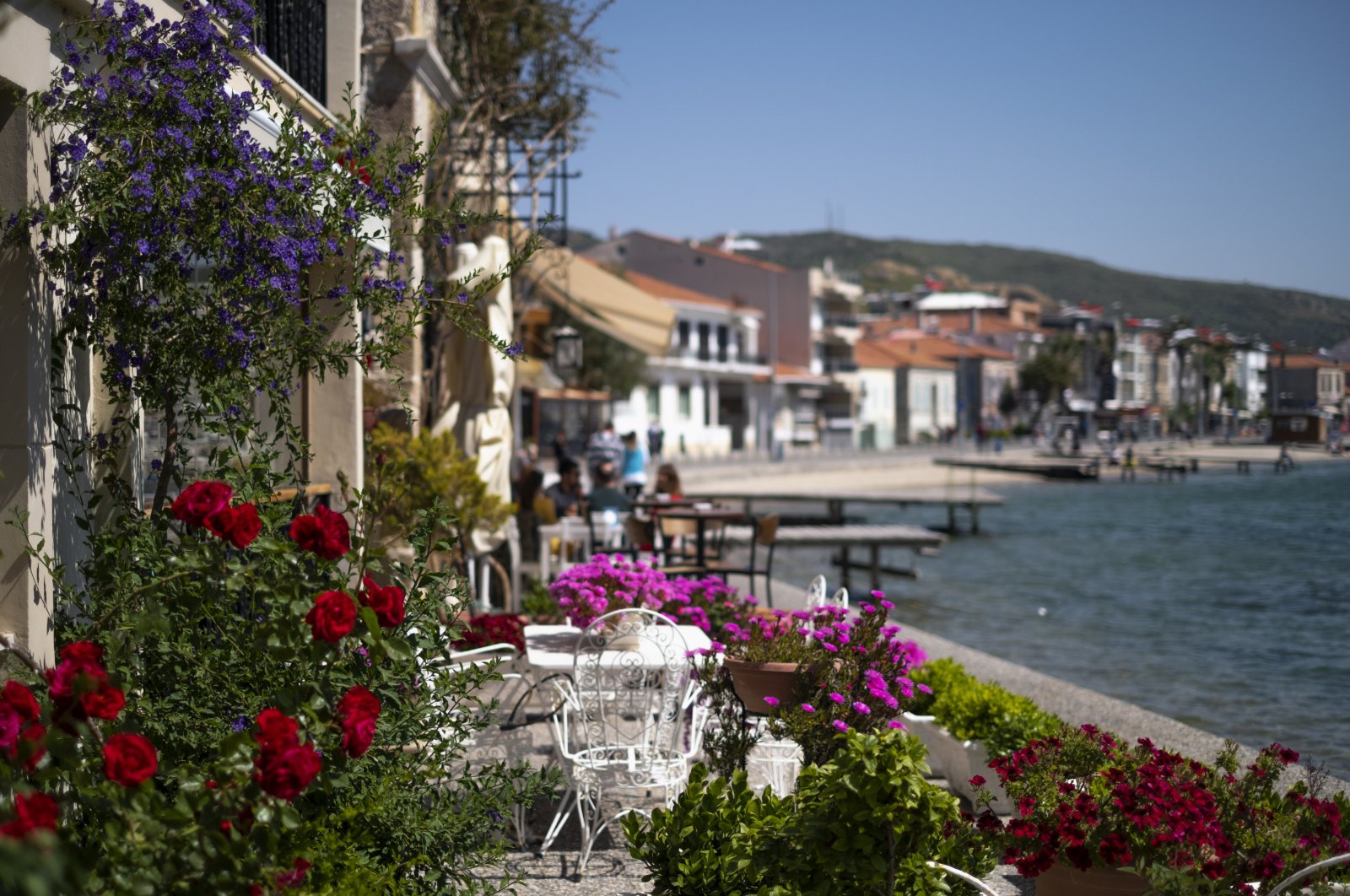 This undated file photo shows a cafe's garden full of flowers in the coastal district of Foça in Izmir, western Turkey. (iStock Photo)
by DAILY SABAH May 21, 2021 12:50 pm
RECOMMENDED

National flag carrier Turkish Airlines (THY) and German airliner Lufthansa's joint venture SunExpress has become a platinum partner of the “Visit Izmir” mobile application. The app will be launched in June by the western Turkish city's metropolitan municipality and the Izmir Foundation with the aim of introducing the city's ideal holiday destinations to the world, the company said in a press release Friday.

Tourists who visit Izmir will be able to access all the information they need about the more than 2,000 attractions in the region in 11 different categories, from gastronomy to historical and cultural heritage and accommodation to sightseeing routes, by simply downloading the app on their smart devices.

Tunç Soyer, Izmir's mayor said, “this initiative is the result of the visionary partnership of Izmir’s leading institutions.”

“We firmly believe that we have taken a very significant step during the pandemic, where the travel industry as well as small-scale tourism partners are striving to adapt to digital transformation. Izmir is the first city to bring in the digital tourism infrastructure,” he said.

“Thanks to the application, vacationers will be able to visit almost all the hot spots of Izmir located in 30 districts throughout the year,” Soyer continued and added that it will “greatly contribute to the growth of the tourism industry and small businesses by providing easy access to hundreds of tourist attractions in the city.”

The mayor underlined that their partner SunExpress “has been extremely supportive from the beginning,” thanking the carrier and other members of the Izmir Foundation for their significant contributions in the initiative.

SunExpress CEO Max Kownatzki, also commenting on the project and their partnership said: “With its rich historical and cultural heritage, as well as its beautiful nature and scenery, Izmir is a perfect holiday destination in Turkey where people from all around the world can safely enjoy the vacation of their choice.”

“As the backbone of Turkish tourism,” he continued, “SunExpress shows the hidden gems of Izmir to many visitors. We are the airline connecting Izmir to the most destinations with direct flights on both domestic and international routes. We will continue to actively promote tourism in the Aegean region as well as in Turkey in general.”

The app can be downloaded from the www.visitizmir.org website or via your IOS and Android devices’ app stores.