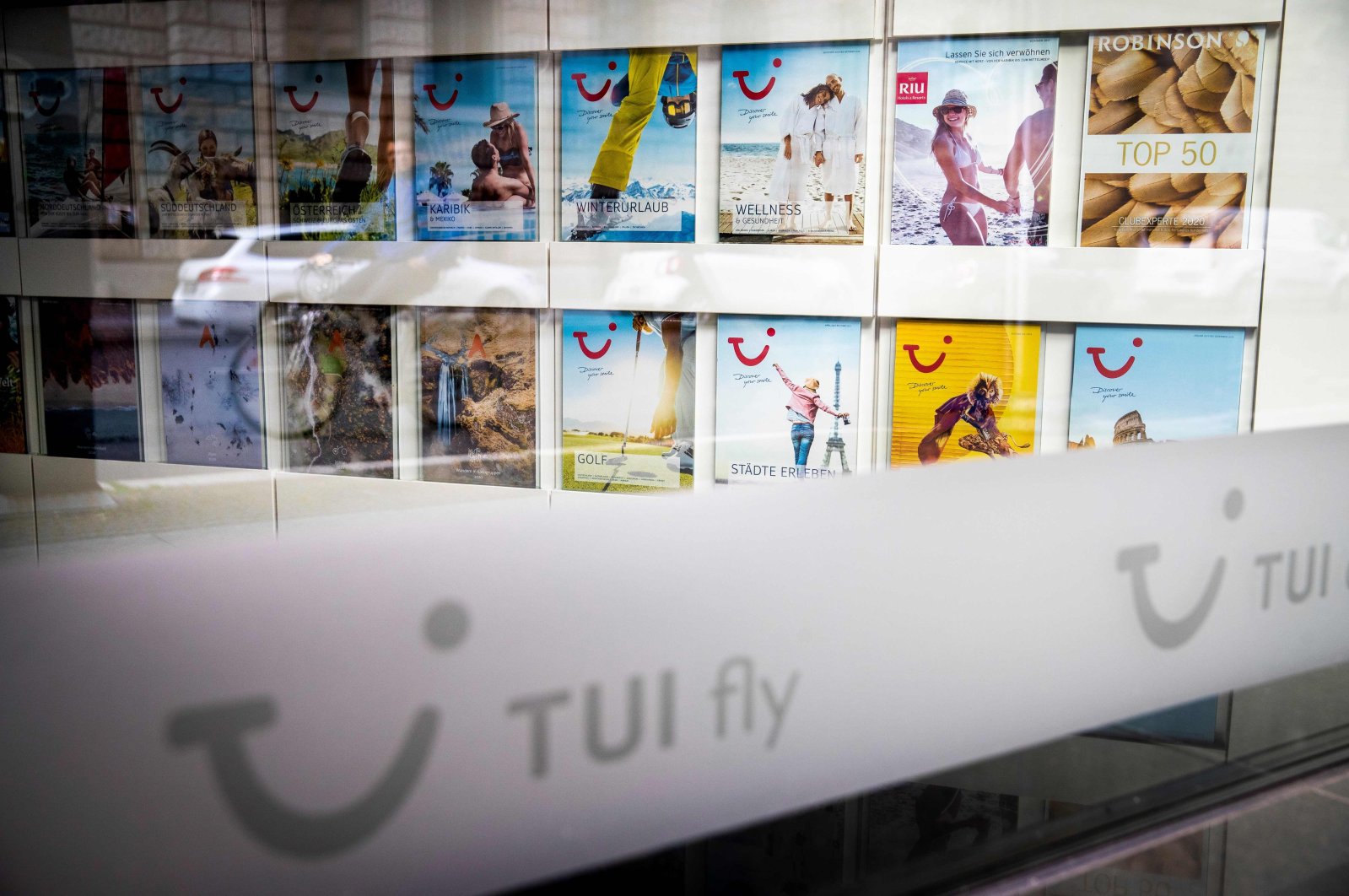 This file photo shows travel brochures inside a then closed branch of the travel firm TUI in Berlin amid the coronavirus pandemic, May 13, 2020. (AFP Photo)
by French Press Agency - AFP Aug 13, 2020 2:20 pm
RECOMMENDED

The world's largest tour operator, TUI, said Thursday it slumped to a huge loss in the third quarter as the coronavirus pandemic ravages the global travel sector.

The German tourism giant, which has already announced job cuts and store closures, posted a bottom-line net loss of 1.42 billion euros ($1.7 billion) in the period from April to June.

In the same period a year earlier it booked a net profit of 22.8 million euros.

TUI runs its business year from October to September, and in the nine months to June, TUI's cumulative net loss amounted to 2.3 billion euros.

In the third quarter alone, revenues plunged 98% to 71.8 million euros, like hotels, cruises and flight operations all but shut down because of global coronavirus lockdowns.

The company restarted tourism operations in June, including a much-publicized first trip with German tourists to the Spanish island of Mallorca.

It reopened around 55 hotels during the quarter, equivalent to around 15% of its total portfolio.

The Hanover-based company had previously announced that it would ax 8,000 jobs worldwide to reduce costs.

"We are targeting a permanent annual saving of more than 300 million euros," TUI said.

Looking ahead, TUI said it expected to cover costs and break even at an operating level in the fourth quarter.

"Bookings are currently up significantly as customers both rebook holidays from this summer and look to secure new holidays early," TUI said.

The publication of third-quarter earnings came a day after the company secured a new government aid package.

The German government and TUI agreed to a further 1.2 billion euros in public aid on top of the 1.8-billion-euro loan that the company secured in April.

It means TUI now has 2.4 billion euros in available cash, it said.

"With the second state credit line, we are prepared in case the pandemic again has a major impact on tourism," chief executive, Fritz Joussen, said.