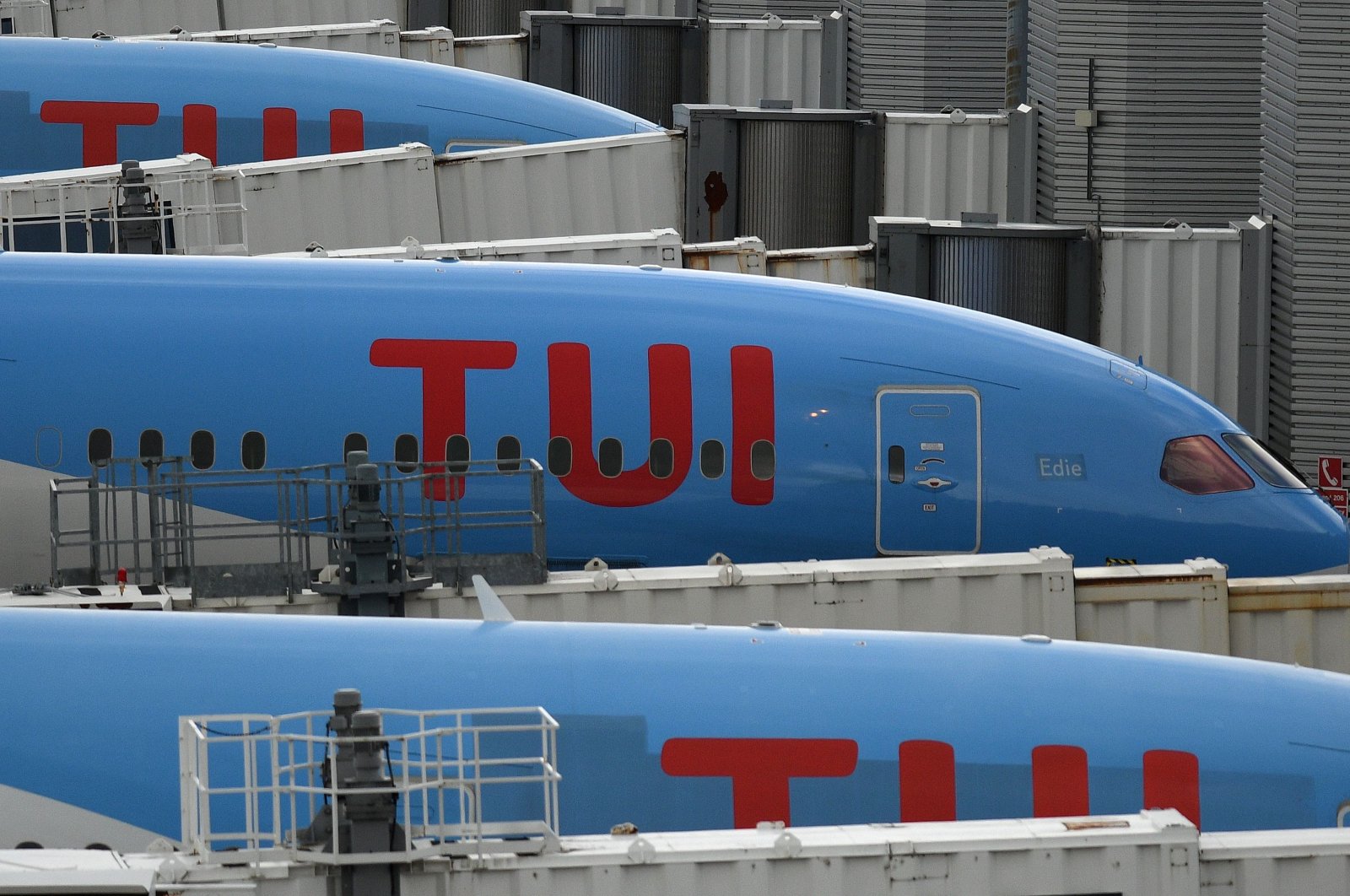 Aircraft operated by German tourism company TUI grounded due to the COVID-19 pandemic on the apron at Manchester Airport in Manchester, north west England, May 1, 2020. (AFP Photo)
by French Press Agency - AFP May 13, 2020 12:10 pm

The world's biggest tourism group TUI said Wednesday it planned to slash 8,000 jobs in a bid to cut costs as the industry struggles to stay afloat with travel severely curtailed by the coronavirus pandemic.

"We are targeting to permanently reduce our overhead cost base by 30% across the entire Group," said TUI of the cuts affecting one in ten jobs.

"This will have an impact on potentially 8,000 roles globally that will either not be recruited or reduced."

Highlighting the impact of the crisis, the group reported a net loss of 763.6 million euros ($827.6 million) for its second quarter to March.

To halt the transmission of the coronavirus, many countries have slammed borders shut and banned tourism, leaving planes grounded and cruise ships idle at ports while hotels are left empty.

To survive the crisis, TUI had sought a lifeline from the government, signing a deal in early April for a 1.8 billion euro state-guaranteed loan to keep it afloat.

It is one of the biggest examples of German companies making use of a huge government rescue package aimed at cushioning the impact of the pandemic on Europe's top economy.