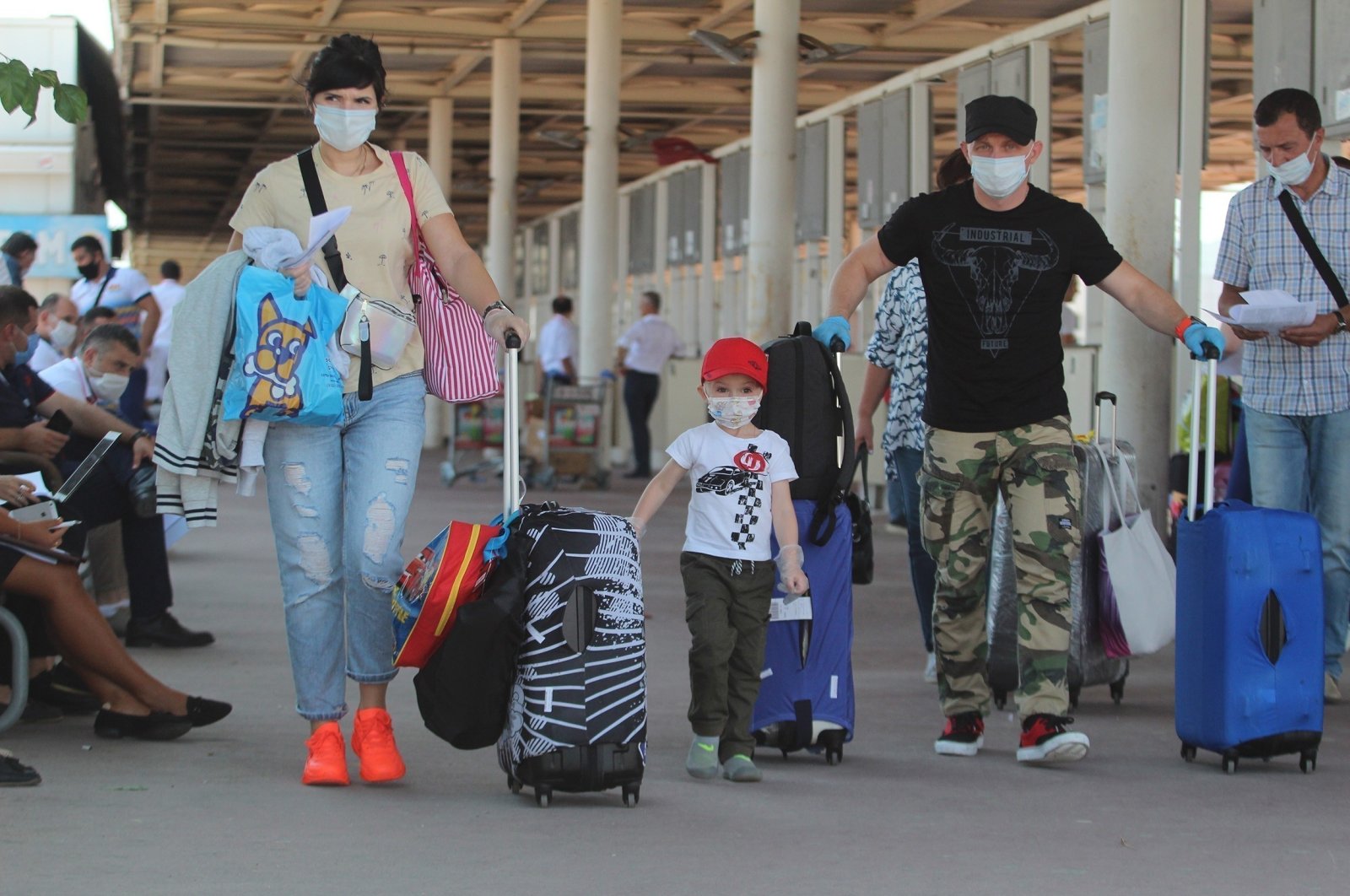 In the coming period, growth in the tourism sector – which is among the industries that took a major hit due to the COVID-19 pandemic – will be driven by several possible forces, including the vaccination process.

Despite the global uncertainty, heads of several tour operators from Europe said Turkey will be a “safe place" and a highly anticipated destination.

Norbert Fiebig, chairperson of the German Travel Agencies Association (DRV) said, 2021 will be a year where people will tend to prefer already known tourist destinations or places they are familiar with.

Turkey, he said, will be one of such places, a well-known “shelter” for tourists, although the vaccination rate in the country is not yet at the desired level.

Fiebig was speaking at the International Tourism Forum Tuesday. The forum was organized virtually by Turkey's Travel Agencies Union (TÜRSAB) for the first time this year.

Tour operators’ association heads from the U.K., Germany, Italy and Greece shared their opinions on the future of the sector and Turkey’s tourism potential, in particular, during one of the panels within the event, which brings together Turkey’s targeted markets and competitors.

Fiebig went on to say that the course of the outbreak is similar throughout Europe and vaccination would enable travel without restrictions again in the long term.

Currently, 20% of the population received the first dose while 7% received the second dose of the vaccine in Germany, he said, noting that young families are among the most affected by the pandemic.

“They want to go on vacation,” and they are the first target customers of the Turkish sector as well, he said.

Fiebig noted that both the prices they pay and the services they receive in return for those prices make them happy, thus Turkey will continue to be their focus, along with its being a place that is already known and trusted by them.

“Turkey is such a destination, along with hygiene and safety measures implemented,” he added.

He said Turkey’s tourism industry workers’ getting their jabs will drive the movement from Germany to Turkey and noted they expect significant traffic between the two countries toward summer.

Turkey plans to complete the vaccination of all tourism industry employees before the end of May, according to previous statements by officials.

The rollout of coronavirus vaccinations for employees serving at various facilities, including hotels and restaurants, as well as travel agencies, started earlier this month.

Aviation industry employees, including pilots and cabin crews, have also been receiving their jabs.

Mark Tanzer, CEO of the U.K. Travel Agencies Association (ABTA), also commenting on the sectors near future, said Britain is set to lift international tourism restrictions on May 17.

“This is the government's target date. But we expect to receive new information in the first period of May,” he said noting that the death rate in the hospitals dropped significantly, thus allowing the measures to continue with ease according to the plan.

Regarding international travel from the U.K., Tanzer said the vaccination certificate now “seems to be the method to be applied to make retravel possible, but many details are still lacking.”

“Criteria such as the infection rate in the countries, the vaccination rate, the presence of COVID-19 variants there, as well as information security, accuracy of the data will be important criteria. We will decide accordingly which category each country falls into,” he said, noting that a country can be marked within a category that allows updating such as from red to yellow and then green, which means safe though with “too many question marks.”

Tanzer said some 2.5 million tourists are traveling from the U.K. to Turkey, which shows how attractive Turkey is for British tourists.

Chairperson of the Federation of Greek Travel and Tourism Agencies Associations (FEDHATTA), Lysandros Tsilidis, who stated that 2020 was a bad year in terms of tourism, reiterated the earlier beliefs that the most important thing this year is the vaccinations.

He said Greece will vaccinate all sector employees and that the country will accept only vaccinated tourists or those with a negative PCR test.

“We do not want to repeat last year's mistakes,” he added.

Ivana Jelinic, chairperson of the Federation of Italian Travel and Tourism Associations (FIAVET), meanwhile, said that the year 2020 was a black year in Italy and that the future seems to be like this in the short term.

Firuz Bağlıkaya, TÜRSAB's chairperson, for his part, said it is very important for the domestic vaccine to be used as soon as possible in order to achieve herd immunity quickly.

He added that the world is undergoing “vaccine wars” and it is far from an equal and fair distribution of vaccines.

Bağlıkaya also underlined the importance of government support for the revival of the sector, which “deeply felt the effects of the pandemic in all of its components.”

“Despite everything, the initiation of the vaccination process gives us hope,” he added.