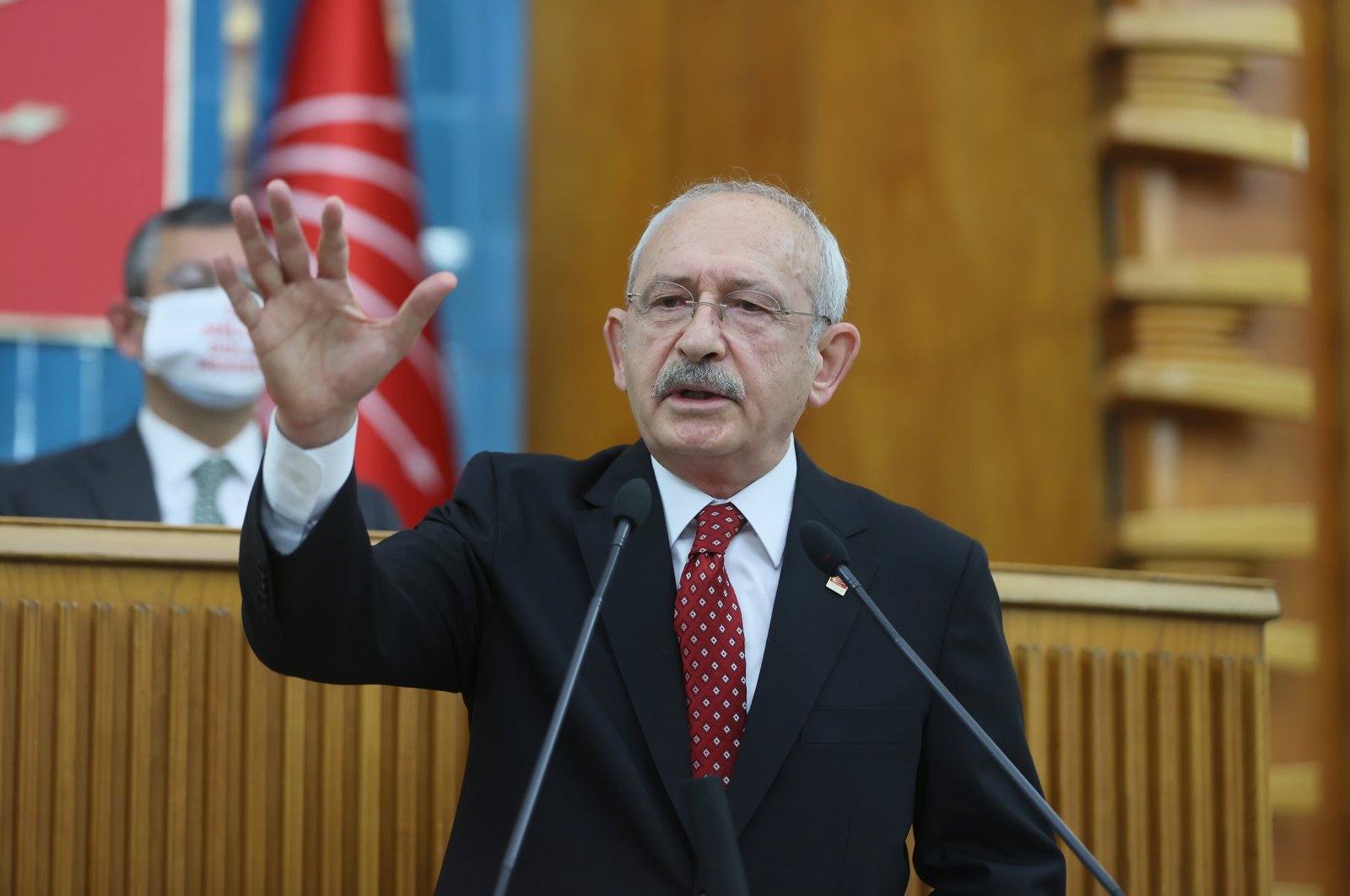 Turkey’s main opposition leader on Tuesday called on the government to extend the wage support program for employees of companies that have been hit by the outbreak and provide monetary aid to the country’s tourism sector.

The short-term work allowance, under which people were receiving two-thirds of their salary, expired as of the end of March and businesses have been calling for its extension.

Speaking to his Republican People’s Party’s (CHP) parliamentary group, Kemal Kılıçdaroğlu called on President Recep Tayyip Erdoğan to meet with representatives of the tourism sector and address the issues.

Kılıçdaroğlu highlighted that countries like France, Spain, Italy and Greece extended large grants to their tourism industries both this year and last.

“Turkey gave nothing. However, the tourism sector is important for Turkey. Every tourist coming gives support to agriculture, industry, employment, and (reducing) the current account deficit,” he said.

Kılıçdaroğlu said that Turkey earns huge sums from the tourism sector “without making a huge effort.”

But due to the pandemic, tourists are not coming to Turkey, he added.

“Why should tourists come to a region where such an intense virus is circulating? But tourism is very important for us,” he said.

The government in early April reinstated measures, including weekend lockdowns, and tightened restrictions on movement and gatherings because of rising infections, less than a month after easing them.

Turkey has set itself the target of vaccinating all employees working in the tourism industry by the end of May, Deputy Culture and Tourism Minister Nadir Alparslan said Tuesday.

The vaccination drive for employees working at various facilities, including hotels, restaurants and travel agencies, started earlier this month.

The campaign is said to cover more than 1 million workers at facilities and tourist agencies, as well as tour guides and drivers.