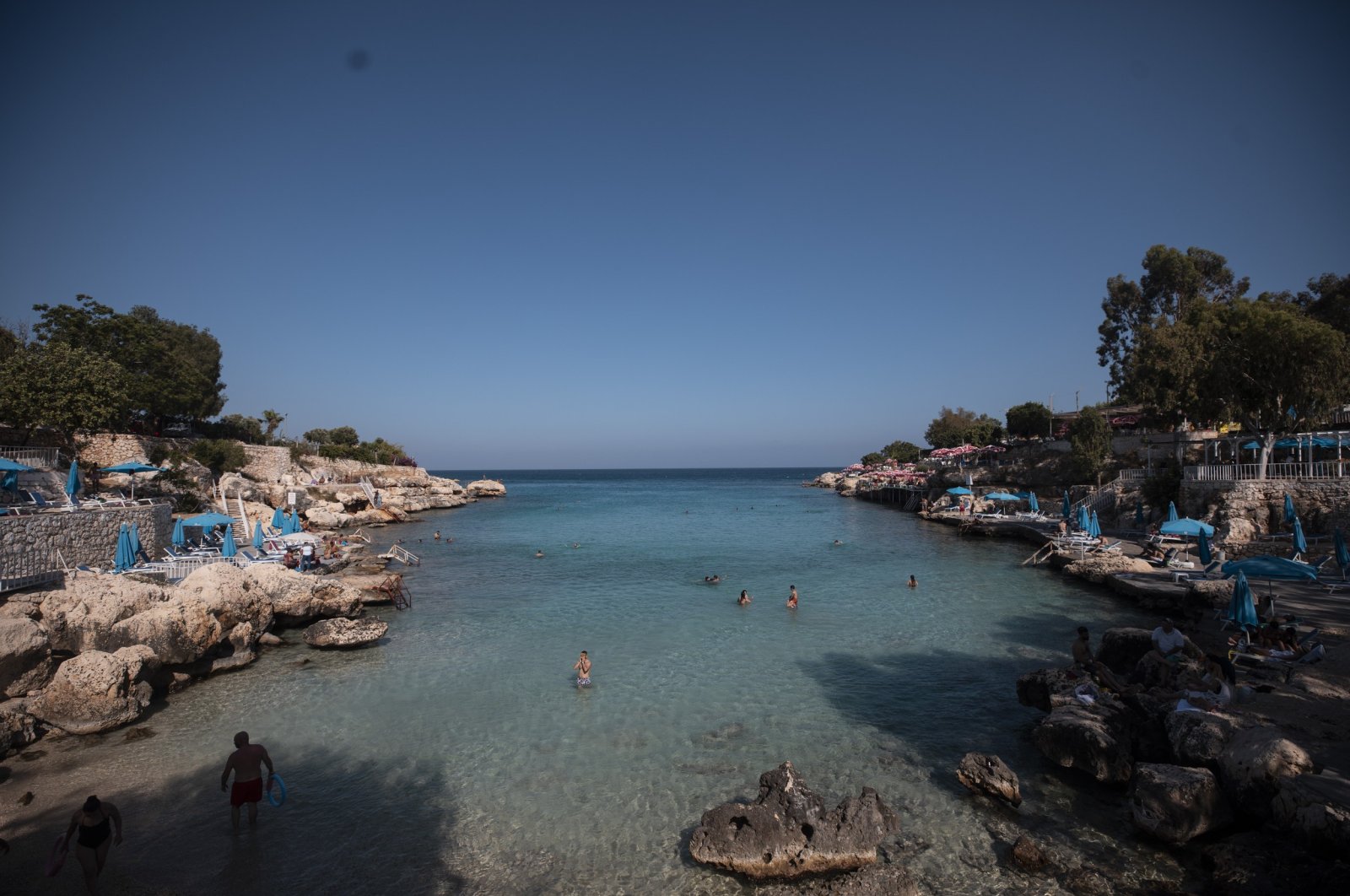 Foreign tourists from select countries have gradually started to arrive in Turkey over the last week, with numbers expected to increase as more countries lift restrictions

Turkey hopes to restart the tourism season and welcome more international travelers in upcoming weeks as more than 2,000 hotels finalize measures to receive the tourism ministry’s “safe to visit” certificate after halting business for months due to the coronavirus outbreak, the country’s tourism minister said.

Minister Mehmet Nuri Ersoy made his remarks Saturday at an event in the southern resort city of Antalya, where ambassadors of more than 50 countries and tourism sector representatives gathered for the launch of the ministry’s new campaign “ReTurkey” promoting the new “healthy tourism certificate” program.

The minister said 400 hotels have implemented the entire 132 criteria and received the certificate so far, adding that the ministry’s actual goal is to restart the entire industry and open half of the tourism facilities in line with the new program.

Ersoy noted the ministry is working with international companies that have operations in more than 50 countries to ensure the certificate program meets the highest global standards and is recognized across the world. He added that the details of the program have been shared with more than 70 countries and that the ministry is ready to help other governments implement similar programs.

“The campaign’s goal is to show that the health and quality standards at tourism facilities in Turkey are at a much higher level than those in Europe,” Ersoy said.

The "healthy tourism certificate" program was launched jointly by several ministries, including the Culture and Tourism Ministry and the Health Ministry. Its aim is to convince travelers that despite the pandemic, Turkey’s beaches and historic treasures will be safe to visit this year, with rigorous checks on airlines, local transport and hotels receiving the utmost safety guidelines.

Foreign tourists from certain countries began to gradually to arrive in Turkey last week, but numbers will increase in the upcoming weeks as more countries lift restrictions on international travel, Ersoy said.

The minister earlier said nearly all the tourism facilities in the country are expected to have their doors open in July. Turkey recently resumed limited international flights and only allows foreign tourists from certain countries to enter. Air traffic is expected to increase in July, Ersoy had said, adding that the reopening of flights for most nations will be completed in August.

Most of the travelers are expected to arrive in Turkey's leading touristic areas, which includes the southern resort city of Antalya and the vacation towns of Bodrum and Dalaman, as well as western Izmir province and Istanbul.

Ersoy said the country is keeping its official target of attracting over 75 million tourists and generating $65 billion in tourism revenue by 2023, the 100th anniversary of the foundation of the Turkish Republic.

He said early reservations show that the sector will pick up significantly in 2021 as international travelers who were forced to delay their holiday plans return to the country’s Mediterranean coasts.

Ersoy also noted that he does not expect another wave of infections strong enough to cause a suspension of business activities.

The minister said the tourism ministry's priority is to increase the average expenditure per capita by attracting higher-income visitors. “In order to achieve this, the country needs to increase its service quality and hygiene standards gradually each year,” he said.

According to the World Tourism Organization (UNWTO) 2019 data, Turkey ranks sixth in the world in terms of the number of tourists and 14th in terms of tourism income, with the sector accounting for around 12% of the nation's economy.

Tourism revenues hit $34.52 billion and nearly 52 million visitors arrived in the country last year, a rise of 13.7% from 2018. Of those, 86.2% were made up of foreigners and 13.8% Turkish citizens residing abroad, according to the Turkish Statistical Institute (TurkStat).

The number of foreigners visiting the country plunged 51% on an annual basis to 4.3 million from January to April this year. According to the Culture and Tourism Ministry data, this was down from 8.7 million in the same period last year. The country saw a 99.3% year-on-year decline in foreign visitor numbers to 24,238 in April.

'Turkey performed better than Europe in handling the pandemic'

Foreign Minister Mevlüt Çavuşoğlu, who was also present at the launch event, told reporters that Turkey’s strong management of the pandemic has proven the strength of its health care infrastructure, giving further relief to those planning to spend their holidays in the country.

He said Turkey delivered medical assistance to more than 120 countries during the outbreak and began the normalization process before most of the other states.

“Our tourism industry is ready to host foreign tourists. We have the full confidence in ourselves and are prepared for the new normal,” Çavuşoğlu said.

He said Turkey performed much better than its European peers in tackling the COVID-19, which Çavuşoğlu said was evident in the nation's number of infections and recoveries.