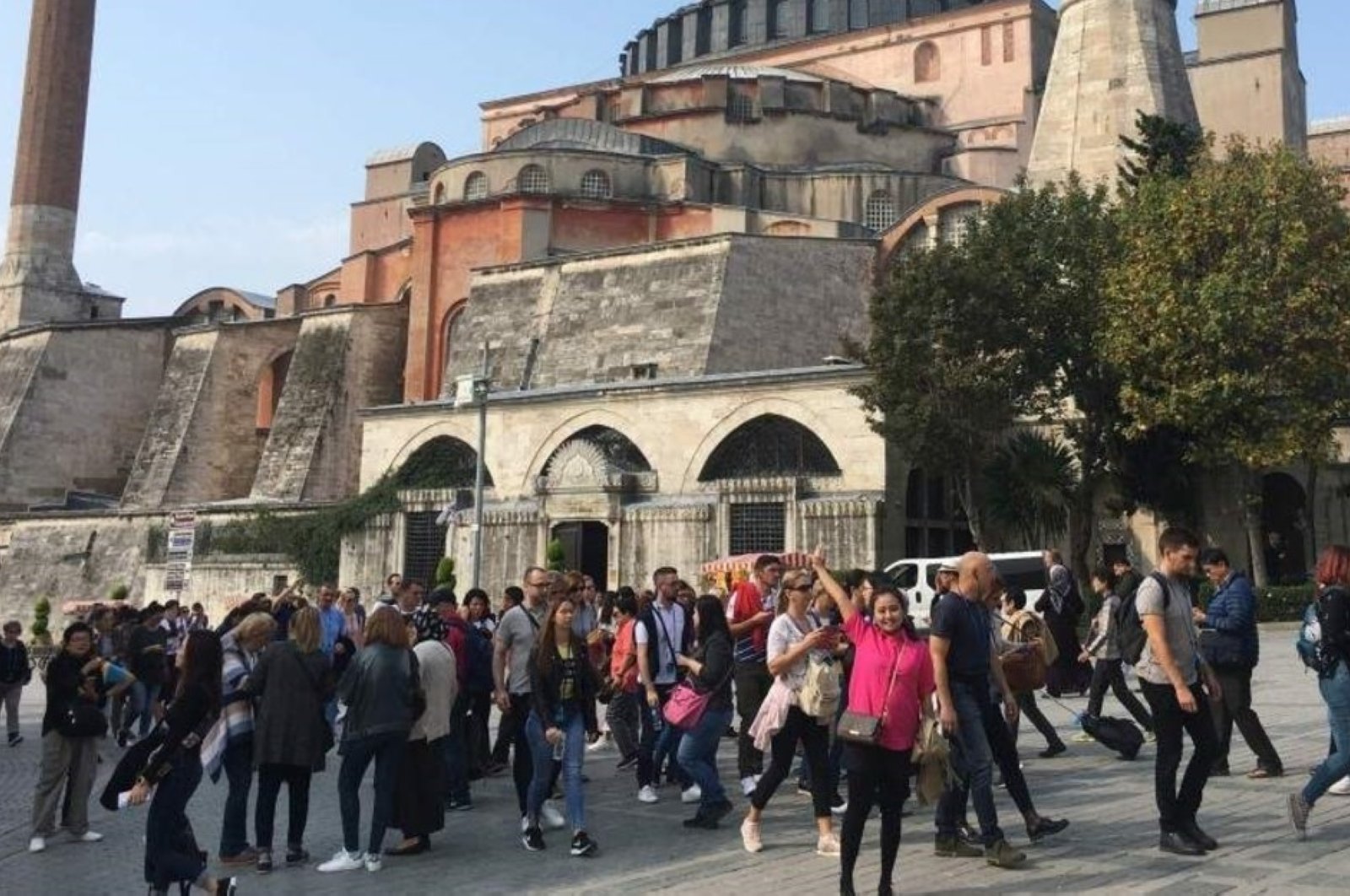 Tourists around the world have added the criteria of a “coronavirus-free destination” to their travel plans. This has made Turkey a reliable alternative, according to those who came to the country, as there are no confirmed cases of the virus and precautions being taken to hinder its transference.

A tourist from the Philippines, who went by her first name Nicole, told Demirören News Agency (DHA) that she chose to travel to Istanbul three days ago because no virus cases have been confirmed in Turkey.

“I think Turkey is so cautious about this and a safe place for the tourists. I’m enjoying my time in Istanbul. I hope no virus case would ever occur in Turkey and people continue to visit here,” she said.

Another tourist, Muhammad, who came to Istanbul three days ago from Pakistan and intends to stay in the country for a week, also said he chose the country since it seems safer to him for a vacation.

A group of Russian tourists from Moscow said that they were going to visit Venice. They later decided to buy tickets to Turkey since the country is currently safe and protected against the spreading of the virus.

Saying that they have been in the city for four days, the tourist group noted that they are eager to recommend the country to people they know.

Among European countries, Italy has been the most severely affected and announced a sweeping quarantine early Sunday for its northern regions, igniting travel chaos as it restricted the movements of a quarter of its population in a bid to curb the new coronavirus' spread in Europe. The quarantine includes 16 million people in the country's prosperous north, including the Lombardy region and at least 14 provinces in neighboring regions. The decision came after the coronavirus death toll in the country rose from 233 to 366 on Sunday, with 7,375 confirmed cases following 133 deaths in a single day.

The extraordinary measures will be in place until April 3.

An Albanian tourist, who had also chosen Istanbul for a holiday, said that she thinks “the virus would not spread here, as officials know how to protect people from the virus.”

Meanwhile, some think the virus should not affect people’s daily lives as long as people pay attention to personal hygiene.

A tourist identified by his first name, Jamal, said he had recently arrived from Germany and the developments regarding the virus are not affecting his travel plans.

“You should take precautions like washing your hands and using hand sanitizers,” he added.

Meanwhile, travel expert Nicky Kelvin – director of content at The Points Guy U.K., express.co.uk – has also listed Turkey among the short-haul and long-haul hot spots that remain free from the coronavirus.

The COVID-19 outbreak emerged late last year in the central Chinese province of Hubei and has claimed more than 3,500 lives since then. The deaths were mostly recorded in mainland China, while the death rate is also rapidly increasing in several other countries, namely Iran and Italy, along with the growing speed of the epidemic's spread in countries like South Korea.