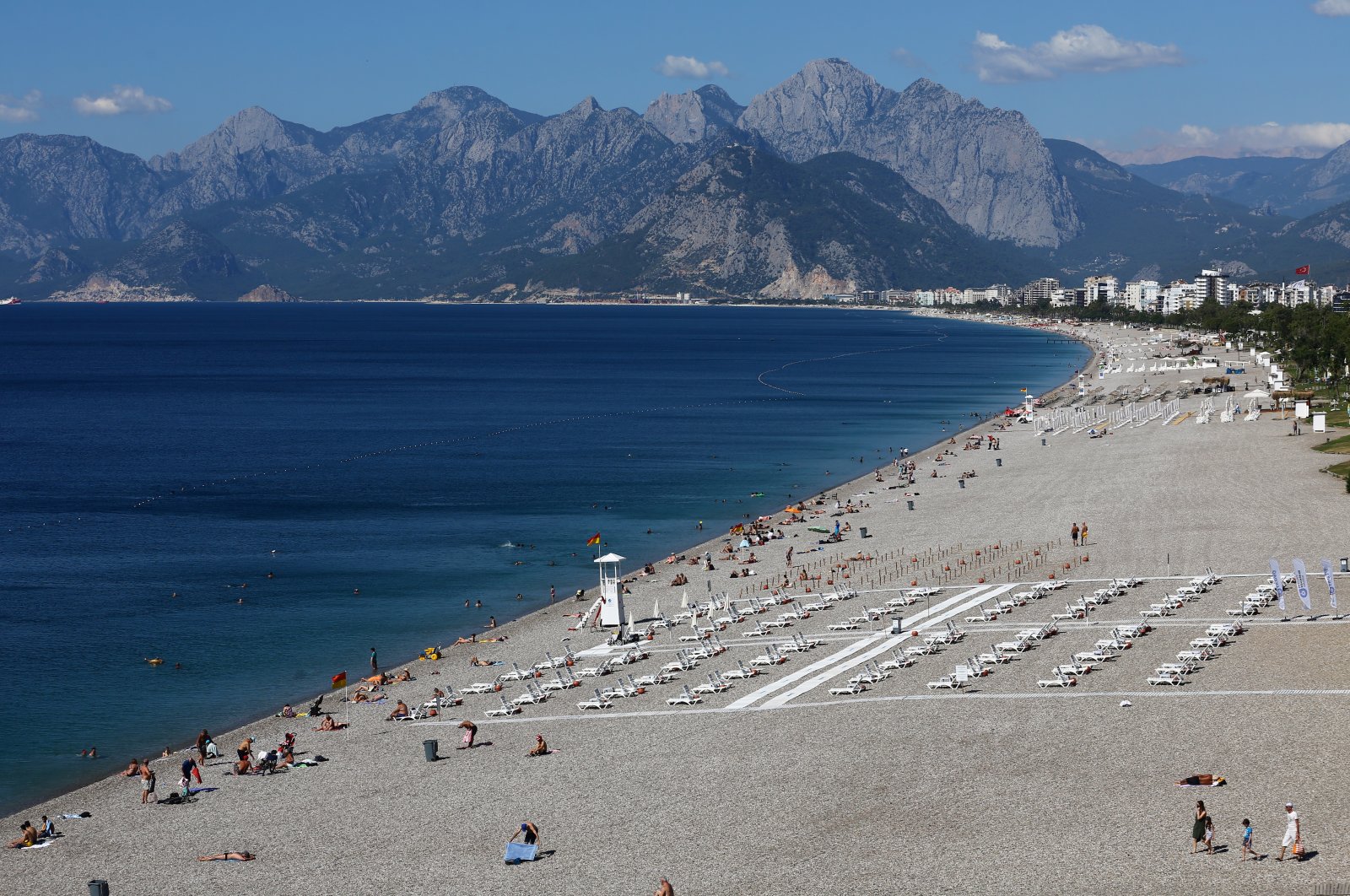 Turkey’s renowned Antalya province on the Mediterranean coast, thanks to a campaign to ensure tourists' health and safety, hosted over 2.5 million travelers during the first nine months of the year despite the pandemic, an Anadolu Agency (AA) report said Friday.

Within the city, nearly all tourist facilities took part in the “Safe Tourism Certification Program” initiated by the Culture and Tourism Ministry. The program provided certification for all tourist venues, from hotels to beaches and airports. The program has allowed for greater travel mobility, especially after international flights were resumed.

Antalya's tourism sector, which stands out globally for its beaches, natural richness, historical and cultural structures and luxurious facilities, has gained substantial momentum since July. The city hosted a total of 2.5 million vacationers between Jan. 1 and Sept. 30, some 2.4 million of whom were foreigners.

Ülkay Atmaca, head of Turkey's Professional Hotel Managers Association (POYD), told AA that being able to host so many tourists in a period when the whole world is struggling with the pandemic was a great success. He stressed that reaching 2.5 million tourists is rather significant because many of the facilities were closed and international flights were suspended up until three months ago.

The measures that Turkey has taken to ensure tourists stay safe and healthy has turned into good results for the sector, he added, noting that it was crucial to protect the health of both employees and guests during such a time.

Kavaloğlu said they expect the season to be prolonged and noted that Turkey became a significant destination around the world. “Turkey was the first choice of travelers from European countries along with those coming from the Commonwealth of Independent States (CIS),” he added.