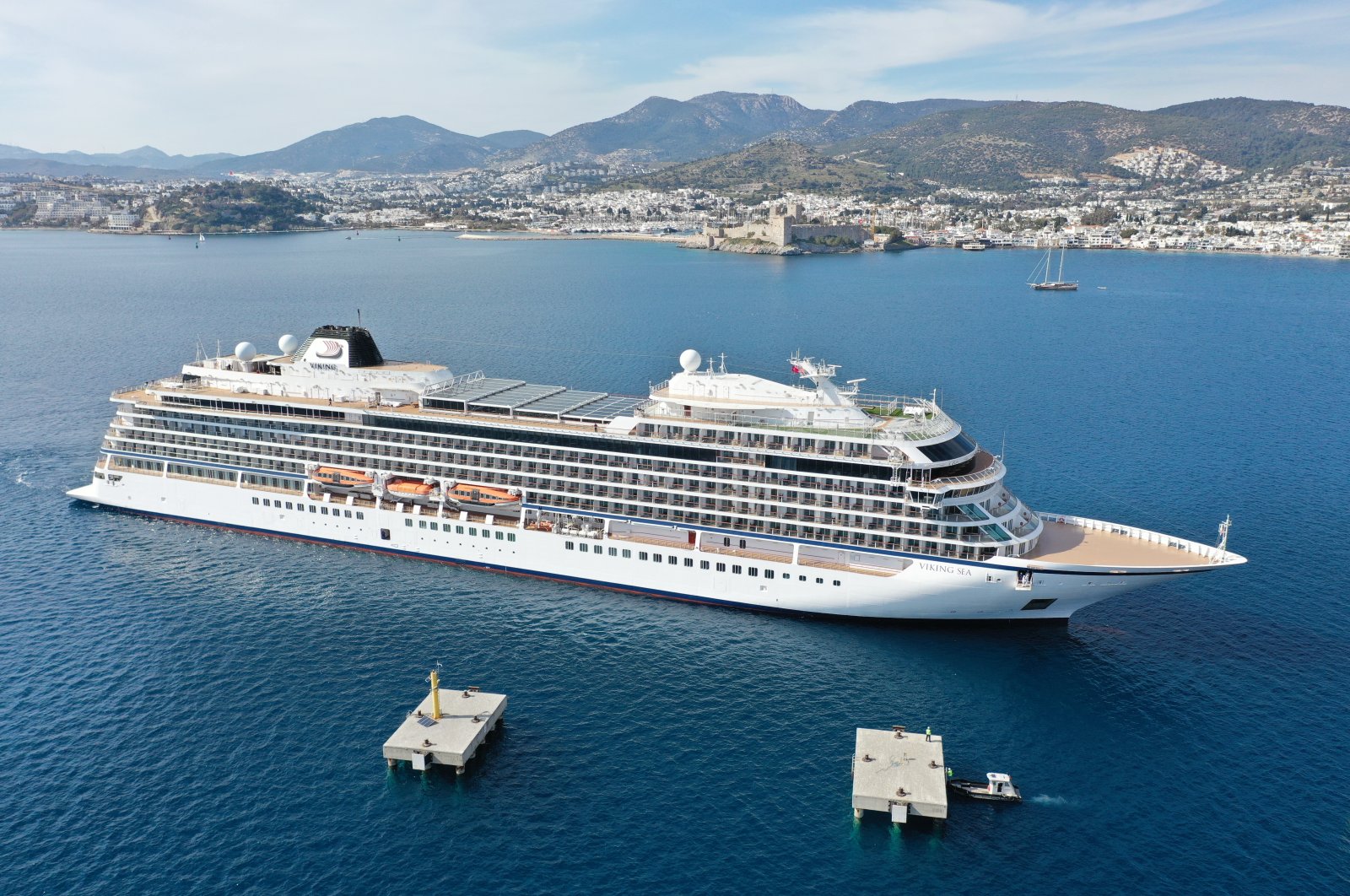 Turkey has welcomed its first cruise ship of the season in an encouraging development that comes after the coronavirus pandemic restrictions brought travel to a halt.

Viking Sea on Saturday docked at a port in Bodum, one of the most popular holiday destinations in southwestern Turkey’s Muğla province, for supplies and to pick up its crew as it moved to restart its trips.

The 227-meter giant vessel was anchored at Italy’s Trieste Port for a long time as the pandemic halted its operations.

It arrived at Bodrum Cruise Port to pick up its crew consisting of 120 foreigners arriving from around the world.

Haluk Hızlan, the port's general manager, said they were happy to welcome the first cruise ship of the season in the province.

Suggesting that the cruise sector has been one of the industries hit the hardest by the pandemic, Hızlan told Anadolu Agency (AA) that they expect some 30 cruise trips in Bodum this year. No cancellations have been reported so far, he added.

Süleyman Uysal, the head of the agency that represents the vessel in the province, expressed satisfaction over the fact that they have managed to bring in the first cruise ship of the season in what he said is a major development.

Uysal said COVID-19 testing is being carried out on the vessel, adding that they hope to welcome it in the province again as soon as possible.

Built in 2016, Viking Sea has a capacity of 930 passengers. It will depart for the Greek Cypriot Port of Limassol following the necessary procedures.

Meanwhile, a major renovation project at Istanbul's Galataport is set to become operational as of next month.

It will host a selection of arts centers, a world-class cruise terminal, hotels and various boutiques, cafes and restaurants, as well as office spaces. The terminal includes a port space capable of providing services for the world's largest vessels, a passport terminal, check-in areas and large-scale waiting rooms.

Galataport is jointly being built by Turkey’s Doğuş Group and Bilgili Holding with an investment of $1.7 billion (TL 12.86 billion). It is one of the world’s largest coastal projects, aiming to become one of the industry’s top cruise destinations.