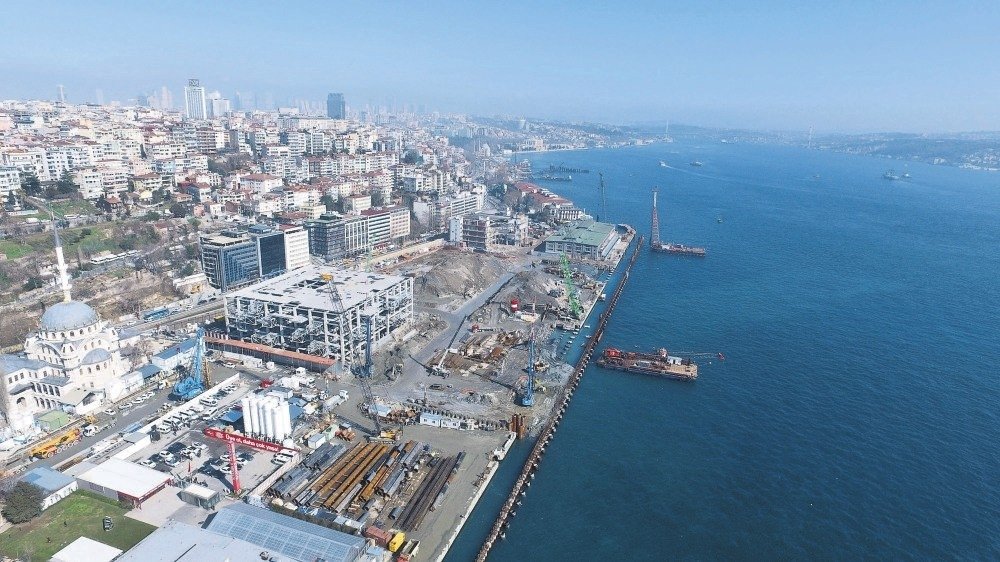 "Galataport is a worldwide project with the potential of drawing 25 million visitors, 7 million tourists and 1.5 million cruise passengers," the president said during the inauguration of a renovated historical movie theater and cinema museum.

Despite the coronavirus conditions, 200 cruise ships carrying 350,000 passengers have made reservations to anchor at Galataport this year, Erdoğan said.

"I already believe that this interest will rise fivefold next year," he added.

Erdoğan also said that holiday reservations for Turkey are booming, even amid COVID-19.

"From every place that is lifting or easing travel restrictions, reservations for our country are booming," he added.

The president highlighted the number of tourists visiting the country had reached 52 million.

The port project will be located on the shore along Istanbul's Karaköy district. The area is set to host a number of arts centers, a world-class cruise terminal, hotels and various boutiques, cafes and restaurants, along with office spaces. The terminal includes a port space capable of providing services for the world's largest vessels, a passport terminal, check-in areas and large-scale waiting rooms.

Galataport is jointly being built by Turkey's Doğuş Group and Bilgili Holding with an investment of $1.7 billion. It is dubbed one of the world's largest coastal projects, aiming to become one of the industry's top cruise destinations.

On Friday, following a restoration project, the historical movie theater and the cinema museum opened its doors to visitors with a ceremony participated by Erdoğan.

The historic Atlas Cinema and the Istanbul Cinema Museum on Istiklal are parts of Turkey's Beyoğlu Culture Road project that covers an area from Galataport to Taksim Square linking cultural venues in the district, including the Atatürk Cultural Center and Galata Tower.

Erdoğan also said that Taksim Mosque in Istanbul will open during the Muslim holy month of Ramadan next year, adding that it will also operate as a culture and arts center with its library and it will host traditional arts workshops and exhibits.